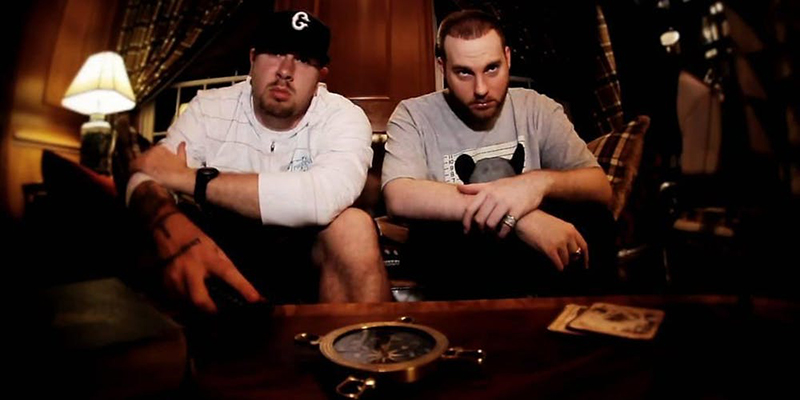 Being from an unheralded region in hip-hop, Apathy probably understands the plight of the Utah hip-hop head more than most rappers. Yes, Connecticut and Utah share similarities: unheralded, overlooked, overshadowed by other communities in the tristate area. The ability to rise above what others think of you to make your mark on the culture is probably the most hip-hop thing you can do. Time and time again, artists have proven that your geographic location doesn’t have much bearing on whether you are dope or not. Still, it seems like the torch has to be carried again and again if you don’t hail from from New York, Chicago, Houston, Atlanta or Los Angeles.

This was put to the test and proven on Thursday Sept. 12 at the Urban Lounge. Hip-hop fans from all around the valley (and even Wyoming) came out to support The Demigodz, the duo of Apathy and his partner in rhyme, Celph Titled and a list of openers that included Utah’s very own DJ INTIMIN8 and Michigan transplant Ocelot. In the infamous Urban Lounge green room, which has hosted Mobb Deep to Tank and the Bangas to Slaine and Termanology, we chopped it up for a few before their tour resumed in Colorado.

SLUG: What do you miss most about home when you’re touring?
Apathy: Me? My kids. Absolutely—110%.
Celph Titled: Me the same… I don’t have kids, but I miss my comfortableness. I’m used to being at home, doing it how I do.

SLUG: What do you look forward to most when you’re on tour?
Apathy: I mean, seeing a couple of places. But you know, it’s like, we been doing this for twenty years so it’s kinda just like going to the office.
Celph Titled: Yeah. It’s like, we been to Paris and we seen the Eiffel Tower for like two seconds, but more or less we see a club or an alley or a hotel more than we seen the Eiffel Tower.

SLUG: Any interesting Salt Lake City stories?
Apathy: Oh yeah. For the first time ever [in Salt Lake City], it wasn’t with Celph, it was with my brother Motive and I had no idea that there was any difference in altitude. So, I get out on the stage and I start to rock shit… And I’m like, “what the fuck is wrong with me?” I thought I was sick or something. I’m trying to breathe, I’m breathing heavy… and it was the altitude yo, it’s super crazy… that was really it.
Celph Titled: It didn’t affect me at all…
Apathy: Nah, he doesn’t get any altitude symptoms.
Celph Titled: I’m the Terminator.

SLUG: Apathy, tell us about your new single, “Be My Boo.”
Apathy: It’s just you know, like old-school, love-song style shit. I grew up listening to songs like that with Pete Rock & CL [Smooth] and LL [Cool J] and those guys… A Tribe Called Quest, like “Electric Relaxation” I feel like that’s a missing art from hip-hop nowadays and it’s just a lot of samples from hip-hop songs I already love. It just comes about, like sometimes I’ll just sit in the studio, I pull up the main loop and I start feeling it and I start coming up with ideas and then after that, I start adding spices and little things and everything comes together.

SLUG: Onstage, you recited a verse you wrote at 15. How does it feel to reflect on lyrics you wrote over two decades ago?
Apathy: You know, it’s crazy, I can remember rapping in the ’80s. You know what I’m sayin’? Like, when I was a little kid walking around the house. I’m 40 now. I grew up with hip-hop. Just being in the ’90s it was a natural thing. It’s just so different when I think about my old lyrics. So many things have changed. So many things are totally different. The world has changed for me.

SLUG: What’s up next for Apathy & Celph Titled?
Celph Titled: [An] album from Celph Titled. We don’t know the name yet…
Apathy: We do know the name, but we’re not feeling it.
Celph Titled: I’ve been shouting “Fresh Prince of Hell’s Lair,” but we gon’ switch it because I’ve been saying that for too many years. It’s been 10 years since I’ve dropped an album.
Apathy: His album is all produced by Stu Bangas. I’m coming out with an album that’s all produced by me, which is like more personal, deeper shit called Where the River Meets the Sea. I got Styles P on there, I got Lil Fame, I got Snack the Ripper on there… it’s a really dope album… and then after that I’m already working on my next album, which is all produced by Stu Bangas as well.
Celph Titled: And then we got a group project. We’re gonna carry on the Army of the Pharaohs torch.. we got a group call King Tut Piece: Apathy, Celph Titled, Reef the Lost Cause and Blackistan. So that’s our next group project.

As for the show itself, Apathy and Celph Titled are a couple of cool characters with deep, smooth voices that exude a “Rat Pack” vibe combined with aggressive lyrics like the hungriest east coast battle rappers. The energy was provided by a performer by the name of Enemy the Illest, a squat, bald, character built like The Thing from the Fantastic Four with enough personality to do a one man show in Las Vegas with ease. He challenged the crowd to a push-up contest and no one stepped up to the plate (wisely, I might add). Although they didn’t do many of Apathy’s classic cuts like “Knuckle Sandwich,” “I Keep On” or my favorite Ap and Celph cut, “On,” they kept the party going well into the night with their deep and storied catalogue. Respect from the audience and the performers were reciprocated and another awesome show was put into the books at Urban Lounge courtesy of S&S. The end (for now).