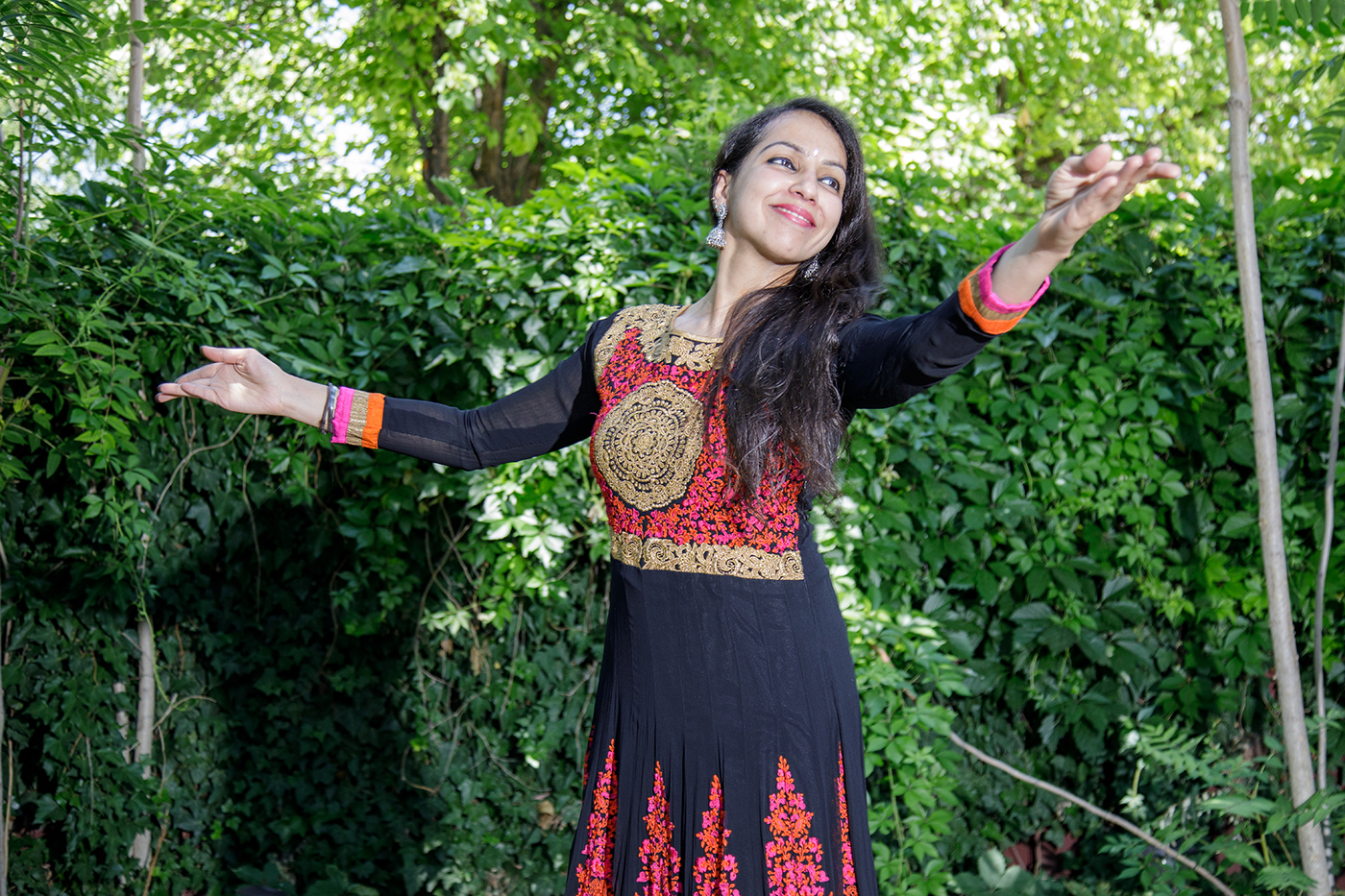 Sonali Loomba is a storyteller. Her vivid facial expressions relay myths, her precise movements utter epics and her rhythmic ankle bells speak of time-worn legends. Loomba is a Kathak dancer, one of the eight Indian classical dance forms; a combination of movement, music and drama that originated in the 5th century BCE and has taken her years to master. An acclaimed performer in both Utah and Washington, D.C., Loomba guides viewers to a different time and place through this “difficult but joyous” practice. “I believe Indian classical dance is like an ocean, which is limitless,” she says. “The deeper you dive in, the more beauty you see.”

Introduced to Kathak dance by her mother, Loomba fell in love with the art form during her college years and began to study it diligently under the guidance of her gurus in Bangalore, India. Loomba eventually moved to Utah in 2017, and her first Kathak performance at the Krishna Temple in Salt Lake City was met with an enthusiastic response. She opened the Kaladharaa Dance School after learning that Kathak dance was virtually nonexistent in the area. “The community can benefit from the various aspects this dance has to offer the mind, body and soul,” she says. “An art form like this needs to be preserved.”

Loomba is both dancer and instrument, storyteller and character. To watch her riveting performance is an invitation to explore her vibrant culture, to remember our own roots and to be inspired. “I feel I have achieved a milestone even if a single audience member is keen to know more about my culture,” she says. “That’s when I feel that I have gone beyond just going on stage and dancing to music. I always wish to connect with the audience on a deeper level and leave them with a feeling of wanting to see more.”

Follow along with Sonali Loomba’s artistic journey and learn about her upcoming performances on Instagram (@sonali.kathak). More information about the Kaladharaa Dance School can be found on the school’s Facebook page. –Mekenna Malan