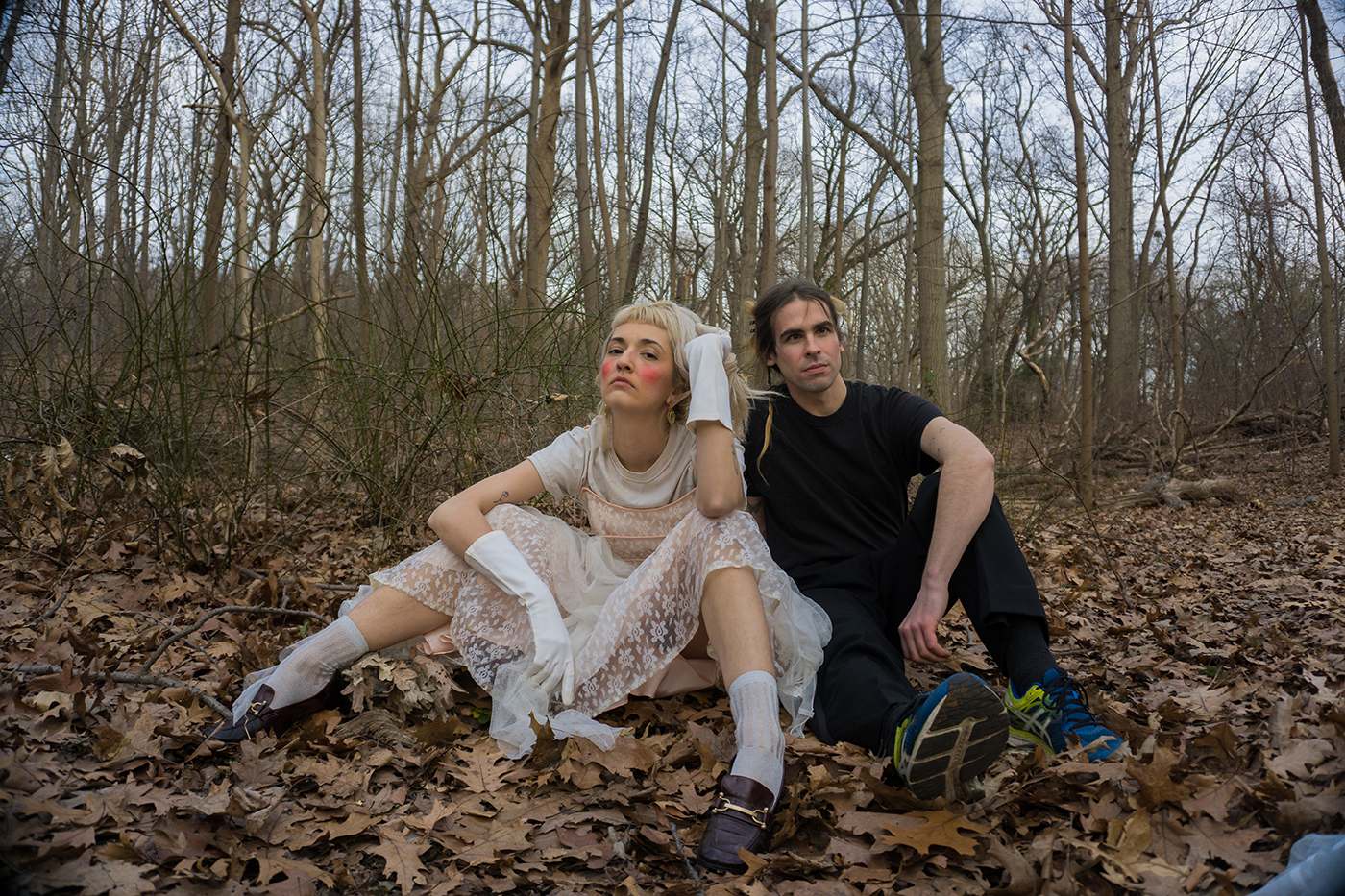 Spectral Siblings: An Interview with LEYA

As LEYA, the duo of Marilu Donovan (harp) and Adam Markiewicz (violin) create pop music. To a new listener, their take on pop songwriting might read as off-kilter, broken or otherwise simply not pop. However, once you’ve acclimated yourself to the strange tuning systems, operatic vocals from beyond the grave and the chilling atmospheres, a stunning, moving simplicity emerges. With their second release Flood Dream, LEYA have chiseled and honed their sound into a diamond of an avant-pop album, cutting away the drone-laden padding from their debut (2018’s The Fool) and highlighting the meldocism and emotive fervency at the heart of their music.

LEYA’s music—especially that on Flood Dream—favors textural sparity and immediacy, a contrast to their respective histories with music training. “I connect with a tangible, visceral thing in music,” says Markiewicz. “We both play instruments and come from backgrounds where the viewpoint can be very much the opposite—focused on technique and replication.” Donovan adds that, “A lot of traditional classical pedagogy is about technical perfection and technical execution. While there’s a time and a place for that, I feel like when I’m making my own music, a lot of it is more about the musical idea and the creative idea.” Not that LEYA’s music is without refinement—precision, intonation and control of expression are hallmarks of their work—but they evade the rigidity associated with Euro-American classicism. Instead, their music breathes: Tempos fluctuate at the heed of the phrases, harmonies bend past equal temperament, vocal melodies linger over bar lines and past predictable cut-off points.

“I feel like when I’m making my own music, a lot of it is more about the musical idea and the creative idea.”

The most striking sonic element of LEYA’s music is Donovan’s use of microtonal harp tuning systems. The deviation from standard, 12-tone equal temperament can often read as “out-of-tune,” but this departure takes LEYA’s music to a moving, ghostly realm. Many academic composers (Ben Johnston, Éliane Radigue, James Tenney among the most prominent) harness these same techniques, but following the duo’s guiding artistic philosophies, Donovan approaches nonstandard tuning in opposition to these composers’ rigidity. ““I’ve studied alternate tunings before in an academic way,” she says. “This is my take on that sort of world. It’s completely not regimented in any sort of way.” Though she has written down the specific patterns and intervals for the sake of replication and consistency with Markiewicz’s parts, the frequent quarter tones or expanded harmonies read as more organic. “It really wasn’t coming from a place of ‘I want to make songs weird’,” says Donovan of the natural incorporation of this unnatural tuning into LEYA’s music.

At the core of LEYA’s creative process is a strong interpersonal connection and a deep sense artistic trust between Donovan and Markiewicz—at the time of our phone conversation, the pair were coming off seven hours of rehearsal/writing/conceptualizing,a marathon doesn’t seem to shock LEYA upon reflection. In their composition process, this sense of kinship provides the duo with a productive, comfortable space in which to create. “If Adam is feeling like something that I’m playing isn’t working, by all means, I would 100% want him to tell me that,” says Donovan. “I think we both trust each other in that regard.” Markiewicz adds that “Duo writing is a really interesting orientation toward one relationship with one person where you can move together and work through each idea in a way that can have a lot of fluidity to it.” In LEYA’s recorded music, this fluidity plays out in real-time. No one melody or harmony guides these tracks as much as the collective sound breeds a new symbiosis, a fluctuating being formed from a 50-50 mix of its two parents.

“Duo writing is a really interesting orientation toward one relationship with one person where you can move together and work through each idea in a way that can have a lot of fluidity to it.”

The aesthetic ideals informing LEYA’s music also play out in their live performances. While both Donovan and Markiewicz have (and occasionally still do) perform in traditional concert halls or other similar settings, LEYA’s music lives primarily in traditional DIY spaces: house shows, raves, dive bar gigs. Their music might feel at-odds with these venues and scenes, but the duo have found that their beguiling music resonates even more among contrasting surroundings. “People will cry and stuff,” says Markiewicz. “A rowdy party will turn into something quiet for 20 or 25 minutes. We’re definitely on some weird trip.” Donovan says that, even from LEYA’s first steps into these spaces, they make an impression: “That first, obvious visual component of LEYA is really special,” she says. “Adam and I almost intentionally put ourselves in a lot of situations where … people say, ‘I’ve never heard harp of violin,’ which is really cool for us.”

Flood Dream distills all of these philosophies and presents LEYA as an entity equal parts haunting and comforting, playful and disciplined. Compared to the eheteral, droning pieces found on The Fool, the music here feels tighter, more succinctly structured. “I always want to look at LEYA as pop music,” says Markiewicz. “We want people to feel it. It’s not really meant to be listened to as a chamber music record or a new music record or anything like that. It’s just about reaching people.” The duo’s continual self-distancing from the alienation of conventional experimental music fosters a sound that feels uniquely LEYA, a mixture of sonic influences and practices that lives in a space of its own. “It’s a deeper exploration of this little world that we’ve created together,” says Donovan. “We’re digging deeper into it and figuring our way around it.”

“We’re definitely on some weird trip.”

As our conversation concludes, Markiewicz jokes that “LEYA is for the people!,” his tone mirroring that of a political slogan. Despite the humor behind Markiewicz’s deliver, this phrase holds weight. From their reframing of their instruments’ classical roots to their introduction of meditative bliss into punk and DIY spaces, communal and nonhierarchical philosophies drive LEYA’s art. Their music sounds unlike anything you’ve likely heard before, but their strangeness welcomes you in and swaddles into the unknown. Flood Dream is out now on NNA Tapes, and follow LEYA on Facebook for updates on tours dates and other happenings.