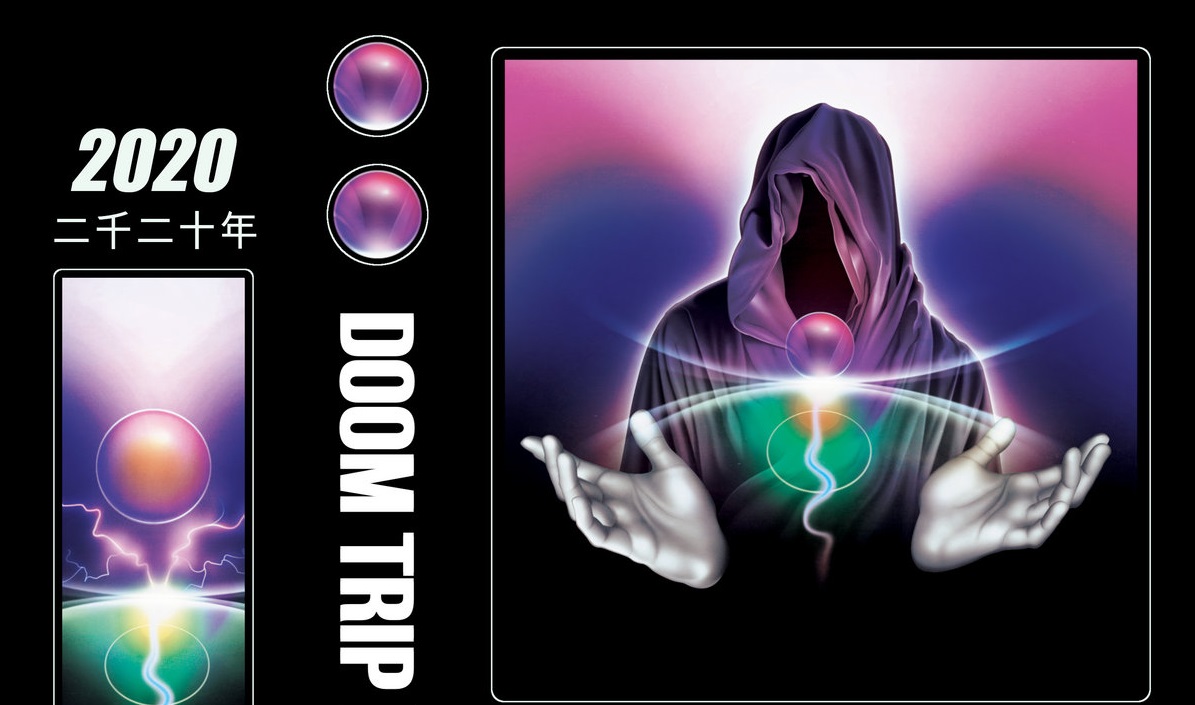 “Take a Little Trip and See”: An Interview with Zac Emerson of Doom Trip Records

When listeners face millions upon millions of conceivable musical choices every day, there’s the crucial role of the shepherd, the ancillary force that culls the field and constructs a loose gate around a particular area. Zac Emerson’s desire to forge the Doom Trip label comes from a fondness for this exact role. “One thing I loved is [that] I think labels can create sort of an experience for listeners,” he says, highlighting the particular benefit “when a listener is able to trust in a label or, at the very least, they are interested in seeing what a label is up to.” In this light, a label such as Doom Trip offers a gently guiding hand through the stream, finding the glinting gems within the innumerable particles of water.

More than just the desire to occupy this specific position, Emerson was motivated by what he saw as a lacking in praise for a wealth of fantastic art. “I was hearing so much incredible underground and independent music—not only in L.A., but worldwide—that had no support behind it,” he says. “No one was talking about it. No one was putting it out there.” And what do you do when no one else is doing what needs to be done? “I’m like, ya know, I do feel like I can step in here and help get this music actually heard.’ That was kind of the kicker for me.” And so he did just that in 2016, taking a chance on an unfamiliar arena and role that has grown into one of contemporary experimental and electronic music’s most reliable actors.

“I was hearing so much incredible underground and independent music—not only in LA, but worldwide—that had no support behind it.”

The music Emerson has accumulated under the Doom Trip moniker exudes these underlying values of independence and artistic individuality. At first glance, there’s little concrete musical tissue connecting the decidedly unique tone and style of each release. Of the selection process, Emerson says, “It’s the most difficult part of the process. There’s just no shortage of great music out there. It’s the strangest thing—we have an overabundance of absolutely stellar music.” When he does settle on something, there’s an almost spiritual connection that grows. “There’s a gut feeling involved,” he says. “A majority of the time … I might know within seconds of hearing a track. Maybe it’s pretentious, but something gets you deep down and you just go, ‘Wow, this is a Doom Trip release. This is what we’re all about.’” Pretensions be damned—Doom Trip’s already expansive track record speaks to not only Emerson’s discerning ear, but also the joy of a free-wheeling musical melange uninhibited by questions of  good taste or cohesion.

Perhaps this intangible sonic quality that speaks the Emerson is exactly the invisible lace that binds together the otherwise eclectic label. The neon-pastoralism of HOTT MT’s synth-song landscapes; the way that Diamondstein’s hulking synth arpeggios build mountain ranges across the mini-epic tracks; Pale Spring’s alien and intimate electro-acoustic pop music—if Doom Trip releases can often vary in sound or style, they share a desire to reach a nonplace, to offer the listener a sense of unheard familiarity; they grab hold of the known basics and spread the sound across planes of exploration.

“Something gets you deep down and you just go, ‘Wow, this is a Doom Trip release. This is what we’re all about’.”

Nowhere is this rhizomatic approach to sound and curation more apparent than the series of annual Doom Mix compilations, the fourth of which releases on April 10. Volume one dropped in 2017, roughly around the one-year anniversary of Doom Trip’s first release, Niku No Sekai’s Flesh World Vol. 1., with each subsequent volume arriving as close as possible to this landmark date. Throughout the first three volumes, artists as notable and varied as TALsounds, Rangers, Eartheater, Dntel and CDX—among many, many others—provided standout appearances. The fourth volume brings together another rainbow of music, including a rapturous opening track from Fire-Toolz, the warped electronic songwriting of Baltimore’s Infinity Knives, Rangers‘ kitschy, lo-fi pop collages, and a stunningly gorgeous, harp-led closer from Pauline Lay.

In both listening to these massive mixes and listening to Emerson eagerly discuss his work, his giddy love is omnipresent. If there seems to be an idealist spirit under-girding his comments and his voracity, it’s as a counter against a core understanding of the bleakness facing artists today. As Doom Trip grew, Emerson found himself briskly sobered to the harsh realities of the contemporary music industry. “You learn very quickly that almost everybody has a day job or a side hustle or some other means of income to supplement the fact that the music industry has been keeping more and more money out of artists hands,” he says. While the lineage of reactionary independent musicianship is as old as the commodification of music itself, Doom Trip (along with other Bandcamp-based contemporaries such as Hausu Mountain, Ratskin Records and Orange Milk) feels like part of a new circle of musicians crafting a specific solution to the specific, streaming-based predicament we find ourselves embroiled in today.

“To see people even listening … I think it’s a beautiful thing.”

Outside of sheer corporate greed and class discrimination, one of the significant problems that these digital indies face is the geographically strained relationships and lack of face-to-face connection involved in many artistic interactions. When your fans are often little more than an avatar and a cheeky username, interpersonal support can feel like a scarce resource. “It doesn’t mean it doesn’t have value,” qualifies Emerson. “To see people even listening … I think it’s a beautiful thing. People have an infinite amount of things that they could actually be listening to, so the fact that they’re listening to your music, that’s just about the highest compliment they can possibly give.”

Doom Trip isn’t about ignoring the systemic issues facing experimental and independent musicians, but it’s not about wallowing in defeat. If one thing permeates Emerson’s approach to this label, it’s his rampant enthusiasm and persevering optimism. “If you just really believe in what you’re doing and you’re willing to sacrifice a huge amount of your free time to focus on things—whether that’s art, planning, pitch emails or whatever else—if you do that, you will see reward,” he says. Whether that reward offer financial, social, artistic or spiritual compensation isn’t so much the point, but the micro and macro, personal and industry-wide successes of Doom Trip are certainly evidence to his ethos’ power.