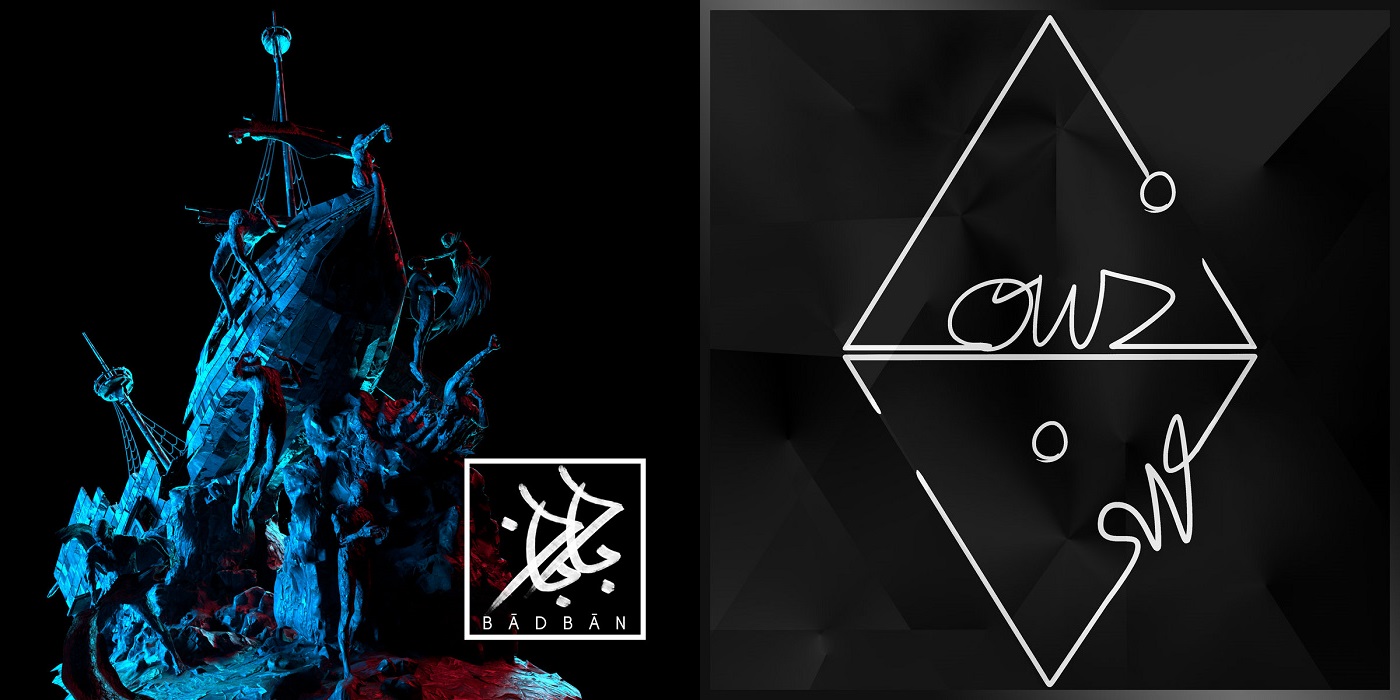 Unity out of Wreckage: An Interview with Taraamoon

Taraamoon arose when Sara Bigdeli Shamloo and Nima Aghiani of the experimental duo 9T Antiope decided they needed a slice of home. Based in Paris and feeling the cloistering effects of isolation, they sought an outlet that would connect them back to their home of Iran, and specifically the language of Farsi. “We needed to connect with the language again,” they say. “This side of our musicality that wouldn’t necessarily always find its way into a project like 9T Antiope needed a place and needed its own space, absolutely outside of the other project and with a separate identity.”

To embrace this goal, Shamloo and Aghiani enlisted seven Iranian emcees—REZ, Safir, Daygard, Kaboos, Bamdad, Veda and Roody—and one visual artist, Amir B. Ash, to round out the Taraamoon nonet. “What made it all possible, though, is the fact that the hip-hop movement has been making new branches throughout its growth,” they say. “With some of these branches, the path[s] to alternative hip-hop or even experimental sides have been laid down, and a gate has been opened for musicians like us—coming from a different background, as well—to be able to enter and to envision such collaborations.”

“The hip hop scene in Iran is, in our opinion, one of the most progressive and most powerful ones,” they say. “When it comes to Farsi language, as well, we’d always discussed how the contemporary poets and minds of our times could be found within rappers.” Each vocalist—one per track—imbues their slice of Bādbān with a wealth of personality and perspective. On “Dayjoor,” Daygard’s loose-rhythmed rhymes float over airy ambience and drum loops that stutter and skitter through an uneasy bout with tempo fluctuation. The melancholy “Dastās” finds Kaboos in one of the album’s most hushed states, delivering his verses through a rasp that reads both tired and hurried, while Roody’s contributions to “Nebrās” ramble on in fiery, exacting eight-note sprees.

“We needed to connect with the language again.”

With Shamloo’s haunting voice interweaved throughout each track like a Greek chorus, each emcee’s chapter of the Bādbān narrative adds another layer to its towering concept. “The album narrates the story of a shipwreck, causing the passengers to scatter in the ocean [and] face their fears, demons, nature or themselves, and to fight for their own survival or the survival of anything left of the ship,” Taraamoon say. In each moment, the forces of human hubris come into conflict with nature’s mysticism and its unpredictable sense of cosmic justice. “Each and every one of the characters takes an action, faces the consequences and weaves a knot toward the path to safety or doom. It’s a dramatic story told in texts and poetry, of tragedy and hope, of might and of magic.”

This multiplicity of voices constructing Bādbān meant that, inevitably, the narrative would escape single-perspective timelines. “We knew we had to create a space that wouldn’t be limiting for anyone and would have enough breathing space for seven other people writing—all very different artists with different styles and approaches,” Taraamoon say. “We created a sketch of the track based on what we knew about them and their styles, their voices, the way they talk or even carry themselves while trying to still stay true to our own sounds … Therefore the characters of the story, however fictional, do carry pieces of everyone in them, too.”

The grimy set of experimental beats at the heart of the album (produced by 9T) balance Bādbān‘s simultaneous commitment to danger and hope. “We’re focused less on ‘compositions’ in the sense of creating new structures and more on production,” they say. The intensity of the synthesized production mirrors that of 9T Antiope’s Isthmus:Nocebo:Placebo trilogy, but here they trade out the morphing sound structures of those avant-garde works for a mile-high wall of dissonant synths, hard-hitting drum loops and flights of string arrangements. “As bedroom producers, we now faced new challenges with gears, devices, [and] new research went into finding proper tools for the production; knowing what aspects to emphasize on, what ‘not to do’ with sound design,” they say. “9T Antiope looks for new sounds, while with this we had to be innovative with familiar sounds, and that’s where the major challenges lie.”

“The characters of the story, however fictional, do carry pieces of everyone in them, too.”

But even if Aghiani and Shamloo’s approach to musicianship shifted, they still brought their characteristic sense of exploration to Taraamoon, particularly in the realm of unconventional songs structures. Of these constructions, Taraamoon say that, “It’s either carrying the narrative or completing an image, or is necessary in some form. We all wanted to try to interlace the vocals as much as possible, both colour-wise and concept-wise.” Even without knowledge of Farsi, the resulting album carries the disarming and transportive feeling of its treacherous narrative. In their varied deliveries, the emcees narrate the urgency and pity of their situations in spurts and bouts; the many interludes, detours and climax-less ascensions honor the fatalism driving the story.

At their core, Taraamoon exist to draw unifying lines of community across myriad distances, geographic or otherwise, and Bādbān‘s tale of shipwreck and survival serves as the panting, sweating document of such a quest. “In the past few years, especially in Iran, our societies and communities have gotten scattered around the world, and there are pros and cons to that,” Taraamoon say, “[the] pros being new experiences and more access, [the] cons being the difficulties of forming a physical existence of communities in proximity. We feel like in order for this scattered community to find a sense of unity where needed, it needs to multiply its hands. We’re now one other hand next to the ones created previously, and hopefully more to come.”