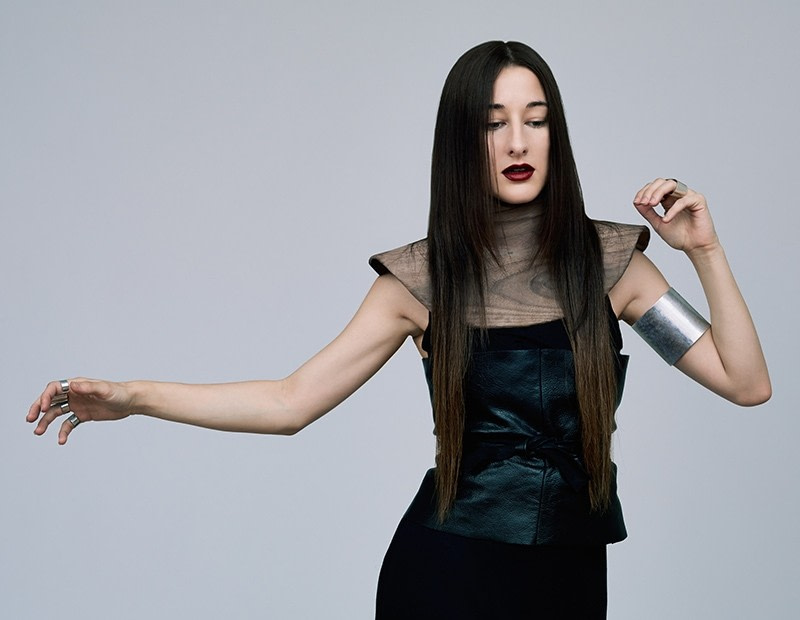 It’s been two years since Zola Jesus (aka Nika Roza Danilova) blessed SLC with her ethereal voice that caused us to rethink how we view the world around us. SLUG recently had the opportunity to sit down with Danilova, who returns to Urban Lounge Jan. 12, and to discuss the environment, living in isolation and her new album, Taiga.

SLUG: How did you get from where you started to where you are today?
Zola Jesus: I think it’s mostly been a process of refining—of first doing the thing that comes. That’s the only thing you can do, really, because it’s the only music you’ve ever made, and then you continue to chisel away at it, and refine it, and figure out the path that the music needs to take. I think that over the past five or six years, I’ve been constantly fine-tuning the whole thing.

SLUG: Would you say that’s the reason that you’ve transitioned from genre to genre?
Zola Jesus: Yeah, but also because I get bored so easily. It’s a constant process of throwing yourself into a world that’s unfamiliar and finding your way out of it. That’s when creativity happens—when you’re uncomfortable. It happens when you’ve got limitations. That’s when the greatest music happens. So you need to put yourself in those uncomfortable or new positions in order to yield that.

SLUG: How would you describe your songwriting and composition process?
Zola Jesus: Sometimes there’s a routine, just in terms of the workflow. I produce, I write, I play all the instruments, I’m recording it and it’s all happening at the same time. So you kind of set up a template. I like to throw that off a little bit because after a while, it becomes a little mundane, and you stop being creative that way.

I’ve really enjoyed just randomly walking around, going on a hike and coming up with music that way. It feels much more organic and natural that way. You catch yourself off guard.

SLUG: I noticed that on this new album, isolation is a main theme. How do you feel about songs being remixed purely for large crowds and clubs in relation to that motif?
Zola Jesus: In the past, I was really closed-minded to that. I didn’t like the idea of someone taking a song that I worked really hard on, that’s incredibly personal and that I made a certain way for a certain reason, and then just throwing a dance beat under it and putting it in a club.

I found that very offensive. But now, I’m thinking about [it] in terms that it frees me up to make the record that I want to make, and the remixes can be functional in different ways. They can make my music appropriate for different situations. My music isn’t appropriate for many situations.

I feel like it’s mostly best to listen to alone—it’s not a public or festive kind of music. So the opportunity to have that situation be appropriate for my music is interesting. I couldn’t do it myself, but I like to hear people that I admire do it.

SLUG: Would you say it makes your music more accessible?
Zola Jesus: I don’t know if it makes it more accessible—I guess, in some ways, it does. I’m open to it right now. I like throwing myself into uncomfortable situations. So whenever I have really strong principles about something, I’ll get to a point where I need to question why I have those principles, so I’ll test myself, and that’s what the remix situation is like. I’m testing the principles that I used to have, and so far, it’s been interesting.

SLUG: I’m really interested in what it was like living on Vashon Island, where you didn’t know anyone and didn’t have Internet access.
Zola Jesus: It was really interesting. It reminded me of how I grew up, because I grew up in the middle of nowhere in rural Wisconsin. So much of going to that island was returning to my roots, in a way. It was removing myself from society.

I was living in Los Angeles at the time, which is the epicenter of society and culture. It’s overwhelming as an artist because you get so weighed down by the culture that already exists—it’s so hard to figure out where you belong in that story. To remove myself was really healthy…

You’re just among the trees and by the water, and it felt very innate and very natural. It felt easy. Life is so much easier when you take the baggage of society away.

SLUG: Will you continue this pattern whenever you go to write a new album?
Zola Jesus: I’ll definitely continue that process of removing myself. I think, in the past, writing when you’re in the middle of everything becomes clouded. Your creativity becomes clouded by everything else going on in the world.

It’s important for an artist to comment on culture because that’s the point of art, but at the same time, you need to give them something new. In order to do that, you need to take everything that you’ve sponged up and remove yourself and make sense of it all.

Be sure to check out Zola Jesus’ sixth studio release Taiga, out now via Mute Records and see Danilova perform at Urban Lounge Jan. 12.