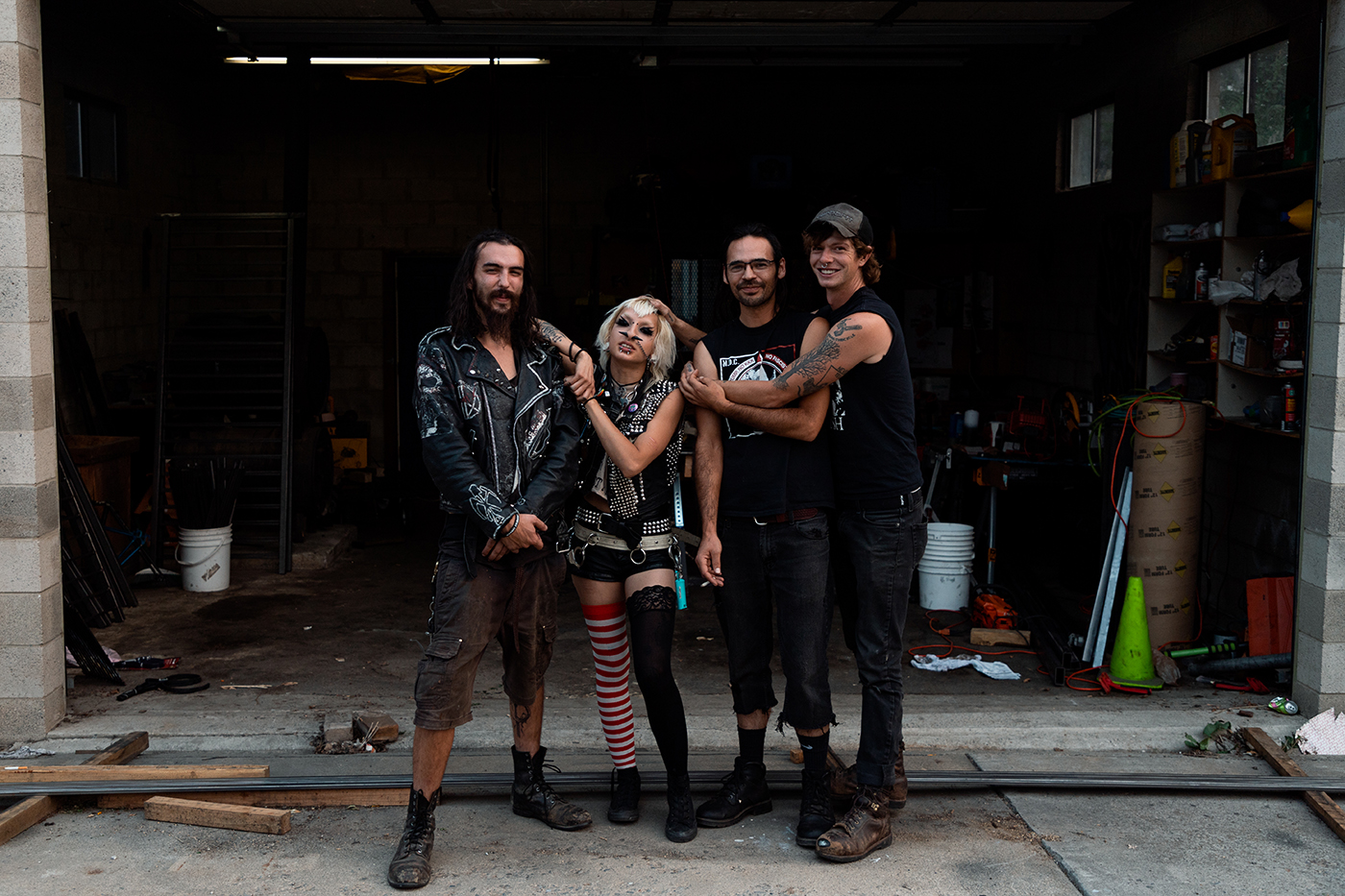 Gag Order formed after members Dan (bass), Spencer Anderson (guitar) and Tyler Barrani (drums) met while on tour with separate projects. Finally converging in Salt Lake, the group brought Ronnie Rot (vox) in and began writing harcore punk songs inspired by their experiences growing up in the Southwest. “Spic,” off their newest EP, Overruled, details the intergenerational trauma and white supremacy Dan faced as one of the only queer people of color in his area. “[The song] refers to my Grandma being an atomic-bomb survivor in Japan and also that in the Southwest, we’re often downwind of radiation,” he says.

“One night I got jumped … While they were beating me up, they were calling me everything they hated,” says Dan. Rot and Dan share vocals on the track and recall the experience in the lyrics by reciting the racial slurs that were inflicted onto him by his assailants before ending with “You left me bleeding, but still breathing.”

“There’s a whole generation of kids that are showing up … They’re great.”

Now playing shows again at venues such as the soon-to-be-torn-down Broadway Place building, the band has been met with an evolving city and an equally evolving crowd. “There’s so many more people than before,” says Anderson. “There’s a whole generation of kids that are showing up … They’re great.” Packed into a small room with the ceiling dripping with sweat and condensation, the crowd kept the show alive. “Nobody left. No matter how bad or nasty and gnarly it was, no one left,” says Barrani.