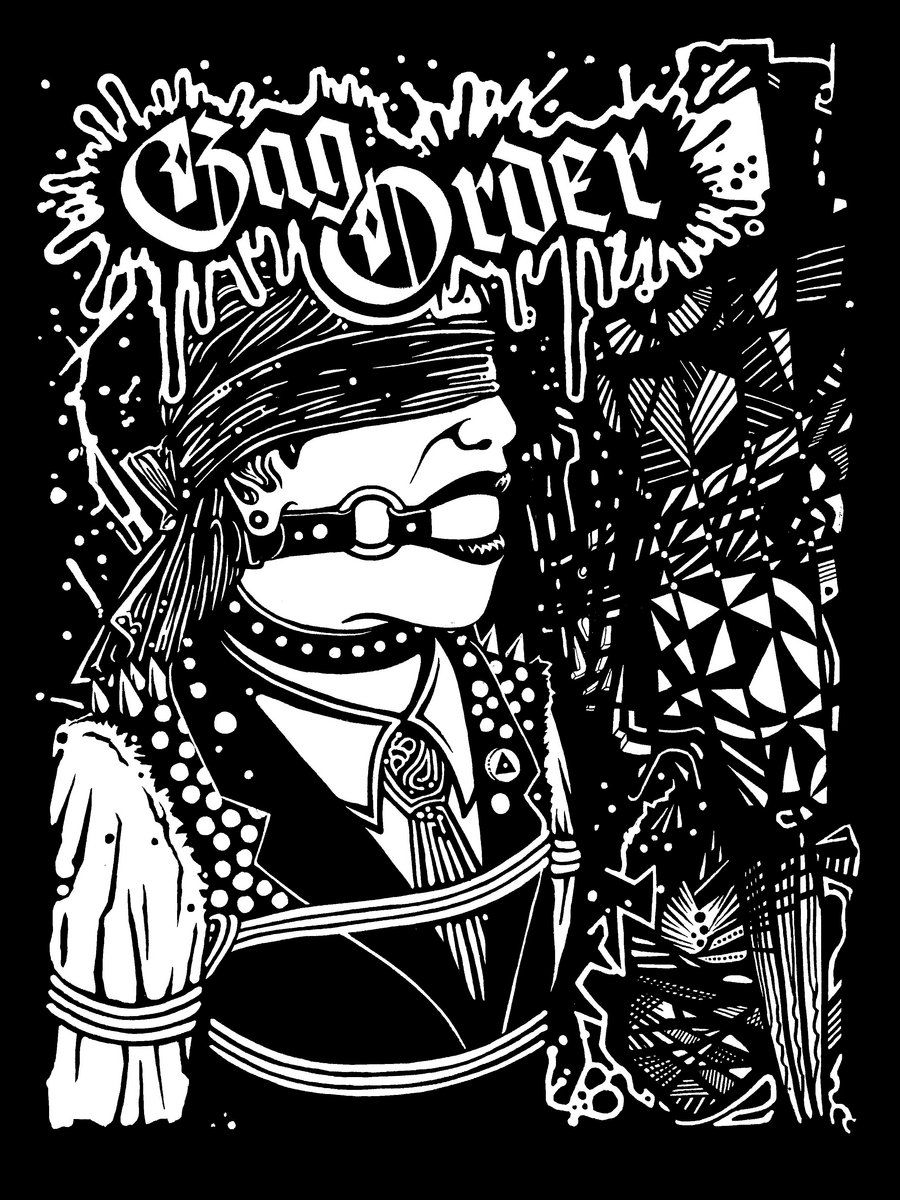 Gag Order packs a gnarly punch with their debut release, Kira. With their nearly-guttural vocals, down-tuned guitars and their snappy drum tones, the band brings a crunchy, classic punk sound back to hardcore—a music scene that has been evolving into a more metallic-tinge as of lately. That isn’t to suggest, though, that they aren’t perfectly aggressive and blackened—they absolutely are.

This album is definitely a quick listen, with most songs clocking in around the minute mark. However, this doesn’t make the album any less captivating. Gag Order pairs their wicked-quick beats with interesting, chuggy breakdowns, which certainly adds that extra “oomph” to their sound. Without these touches, I feel that their sound wouldn’t be as original.  By switching up the tempo multiple times in their songs, the band breaks out of the straight-forward, by the book, punk formula. “Weak,” “Sex is Boring,” and (my favorite on the album) “Closer” all provide solid examples of this formula.

“Closer” is tinged with a whisper of grindcore in its two-minute run time, with blast beats that hit hard enough to encourage heart palpitations, and looming riffs that slow things down and create an insanely grim atmosphere. It’s simply a delicious track, and with the longest run time, it really offers the most.

As I listen to Kira, I can’t help but imagine what watching Gag Order play live would feel like. This band in particular feels like that kind of band you would need to discover in the whim of a Friday night show at The Beehive—rather than just hearing their recording. With shows disappearing and no return in sight, Gag Order has done a successful job of sending me back to the good ol’ days of standing in a dim-lit room for hours on end, listening to local bands on DIY sound equipment. There’s so much energy packed into Kira’s eight tracks that it almost feels impossible to not picture myself there in the crowd.

This is a surprising record! Not at all what I was expecting while studying the album art. Their image, at least from the first glance, encourages me to expect more of a gutter-punk, crusty flavor. However, Gag Order’s overall tone is much heavier and darker when compared to the bouncy, upbeat nature of that genre in particular.

It’s hard for me to put my finger on their influences, or give a solid comparison, which ultimately is a good thing—it translates that they find more inspirations from genres as a whole, rather than specific artists. It’s a quality that I can really appreciate. Gag Order stands out a lot in that regard and I’m genuinely looking forward to the day when I can catch them playing a live show. – Zaina Price