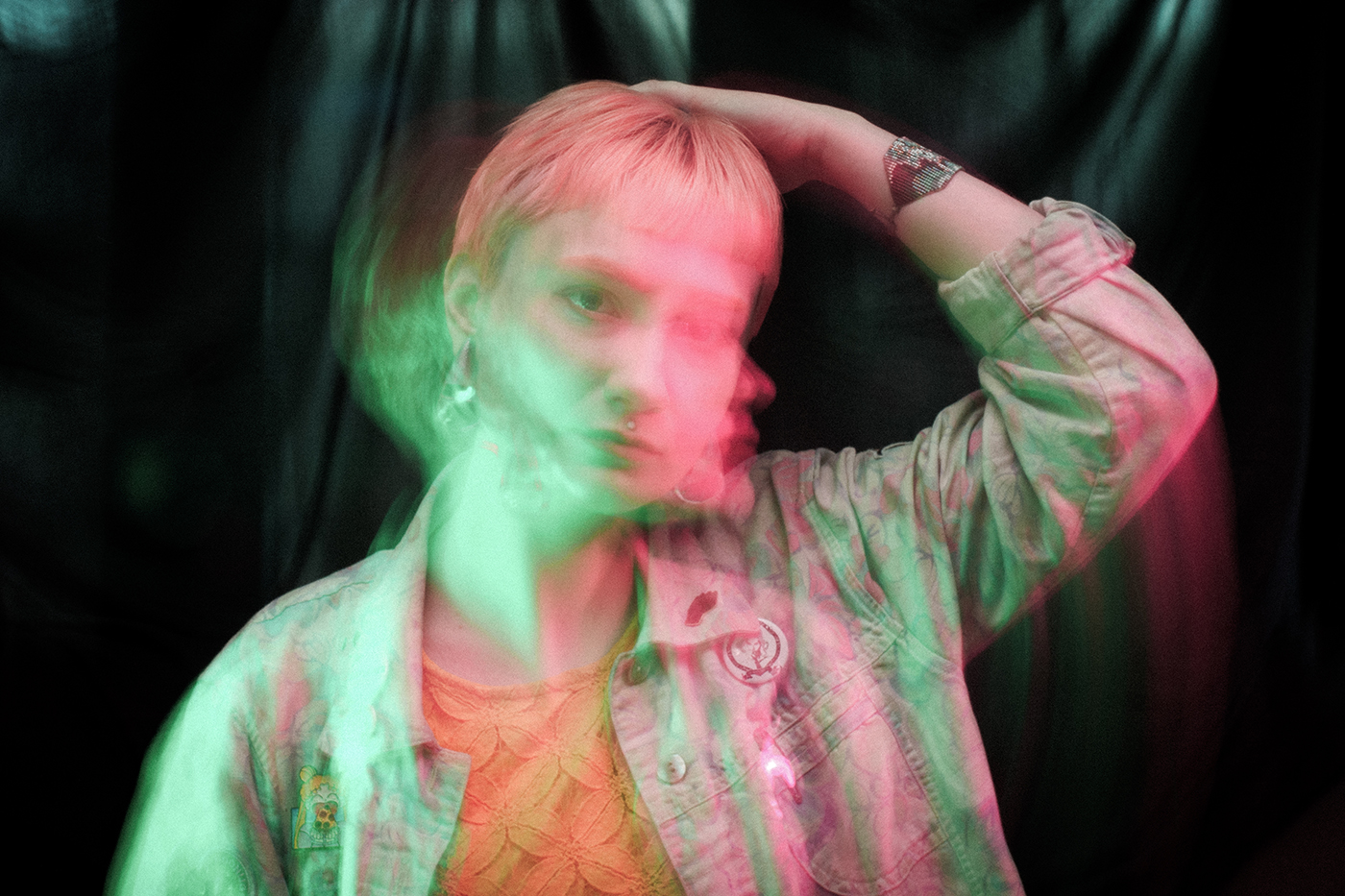 As the Utah summer arcs back around, SLUG is delighted to bring back our outdoor concert series, SLUG Picnic. The first 2021 showcase features Peachy Fingernail, PK Opal and The Mercy Seat, each using their unique sonics as as springboard for a host of feelings at once weird, wonderful and cathartic. SLUG Picnic takes place on Saturday, June 26 in front of SLUG’s offices (230 S. 500 W. Ste. 125 in Salt Lake City); gates open at 5:30 p.m. and music is from 6–9 p.m. Tickets for SLUG Picnic (sponsored by Churn Baby, Dented Brick Distillery, Gem City Fine Foods and Pulp Lifestyle Kitchen) are available at SLUGMag.com. Make sure to bring your own picnic blankets and chairs!

For Cecil Smith, music always meant more than sound. “I tend to visualize just about everything,” they say. “My earliest memories with music have been really intense, visceral experiences I had where I almost had visions. I go into a fugue state or some shit.” Drawing on their work as both a visual artist and a poet, Smith’s PK Opal project discards musical stringency and instead uses intuition and exploration to craft songs that skirt normalcy and float along their own, vaporous paths.

After stints in a few local bands, PK Opal took form as Smith began to encounter and engage with more adventurous musicians in the Utah community. Never one to benefit from proscribed learning environments, Smith took issue with the clear-cut mindset of much formal music training in America. “I do think there is a threshold where if you keep adding that level of rigidity and shit that people have done over and over and over again, you’re just going to keep getting more and more boring music,” they say. In contrast, they saw a loose and open approach in their artistic peers’ work that offered a sense of freedom: “I don’t have to be safe—I can be weird.”

This meant thinking of music in non-musical ways. “What I like in a lot of the music I’m drawn to is interesting sound textures,” Smith says. “I think textures almost evoke more imagery for me than just a straight-up, simple, undoctored instrument would.” On their excellent debut, 2019’s Glittering Serpent, the ingredients remain simple—voice, guitar, some stray keyboards and drum machines—but Smith never lets a sound escape without a full face of makeup. The guitar lines on “Girls Before Swine” shimmer and bounce with creeping momentum akin to a gourd shaker, while “Lotus Machine” bitcrushes its drum pattern into distorted crumbs and lets its snake-like guitars slither in and out of focus.

Particularly when it comes to Smith’s vocals, they harness a range of inflections and effects to expand their own singing into a Where’s Waldo–esque collection of voices. Reverb-drenched choirs, text-to-speech spoken word, plaintive balladry and more mark their music, each one augmenting the colorful characters of the instrumentals. “Usually, the goal with alternating my voice in some way—whether I’m pitching it up or down, adding weird distortion on it—is to intensify what I’m saying with a sonic texture,” says Smith, citing the vocal acrobatics of 2000s singers such as Karen O and My Chemical Romance’s Gerard Way as the genesis of their love for chameleonic singing. “Sometimes I end up sounding kind of scary, which I guess is what I wanted.”

If Smith’s vocal stylings explode convention and look for expressivity in unlikely corners, their lyrical approach engages in a more direct and conscious (though no less subversive) tête-à-tête with the laws and norms of the English language. “Obviously, a lot of [my music] is couched in metaphor [and] symbolism is a huge thing for me,” they say. “So much of symbolism … is super universal, which is why you listen to a lot of top 40 music over the past five decades and people are saying the same shit. We have a very particular set of symbols to communicate [with], especially in the Western world.”

To escape this cultural hivemind, Smith looks toward an element of surprise and the ability of language to feel both familiar and alien, both tangible and surreal. On “Cure2,” references to chalk-covered hands, blood, breath, burning skin and more provide a startling visceral quality against the track’s feather-light electronic backing. “Chewed Gum,” from last year’s outtakes and demos collection Torn Cocoon, tracks in smirking irony: “Hell could be a warm release / For all I know a summer’s breeze.” Of their prose, Smith says, “I would like to use … symbols in new combinations of ways, maybe try to compare things that you don’t hear being compared a whole lot or try to come up with a sentence that breaks the spell of mundanity.”

“Sometimes I end up sounding kind of scary, which I guess iswhat I wanted.”

Furthering the lyrics’ embrace of abstraction, the PK Opal songs themselves contort and retract into bite-sized, wayward structures. “I came from a background of writing a lot of poetry,” Smith says. “I personally think some of the best poetry is just freeform poetry, and I write songs like I write poetry: If it makes sense to repeat something I will, if it doesn’t I’m not going to.” The 90-second “Commodifying My Mental Illness” grooves along Peter Gunn–style sinisterness before the track abruptly collapses into text-to-speech recitation of new age holisms, while Glittering Serpent’s closing track, “The Crane Who Sings Death,” lolls through stilted vocal hymns, the melodic arc rising and falling between keys with a decided lack of care for the mismatch it forms with the underlying harmonies.

Ultimately, PK Opal acts as a vehicle for Smith to scratch the itch of experimentation and discovery. “Especially with how automated so much of our lives are now, it feels like a big long routine,” they say. “What I care about with art-making—and this is with any art form—is coming up with an idea or a concept that sort of breaks that spell and … feels magical or arcane in and of itself. It’s almost like it wakes you up from something.” Find more of PK Opal’s music on Bandcamp at pk-opal.bandcamp.com, including their long-awaited sophomore record, tentatively due out late this year.