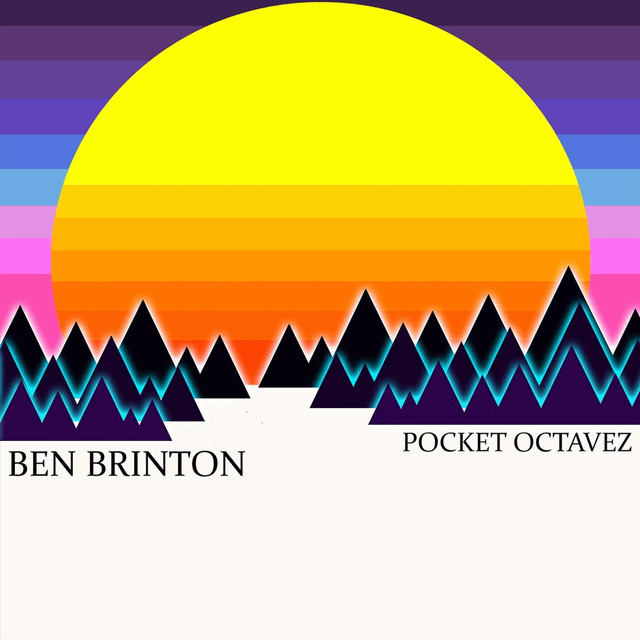 Drawing from a wide range of influences, Ben Brinton’s Pocket Octavez features songs that span from acoustic rock to bluegrass, ’90s alternative and even electronica. The album is a portfolio of sorts—on his website, the Salt Lake City local writes that several of the songs featured on the sophomore album are up to 20 years old, making Pocket Octavez an amalgamation of his all-time favorite musical creations. A frequent performer around town as both a singer-songwriter and as a member of a local comedy troupe, Brinton’s songs have a heartwarming and carefree quality. Simple strummed guitar and uplifting harmonies make up the bulk of this album, which is a good listen for fans of Mason Jennings, Bo Burnham and other songwriters with a comedic storytelling streak.

The songs featured on the first half of Pocket Octavez are more or less folk-inspired, written about drinking problems and love letters. The silly sea shanty (say that three times fast) “Captain’s Log” incorporates Brinton’s other hobby of stand-up comedy through lyrics like “There’s no drama, no treasons, no tricks / We’re just sailing the sea of celestial debris… / Although my pilot, he’s a bit of a prick.” The eerie synth beat on the instrumental track “50.420” marks a turn in the album from analog to digital, showcasing the breadth of music Brinton is capable of creating. There’s a little bit of everything here, and he even busts out an impassioned rap on the track “Kings Begin.”

Several of Brinton’s live shows advertise an accompanied “performance in sign language.” A quick search for his music on YouTube brings up a video series titled “The Deaf and the Musician,” in which a woman stands next to Brinton and performs the songs in ASL while he plays. It’s fascinating to watch, and also goes to show how much Brinton appreciates lyrical interpretation and the art of performing. He seems to be the type of guy that likes to cheer people up, and it’s hard not to be uplifted while listening to “Polka Dot Mercy,” “Across the Line,” or “Bit by Bit”—upbeat songs that feel nostalgic through their indulgent melodies. As a whole, Pocket Octavez stands as a reminder that sometimes art doesn’t have to be complicated or overthought. Sometimes, it can just make you smile. –Mekenna Malan