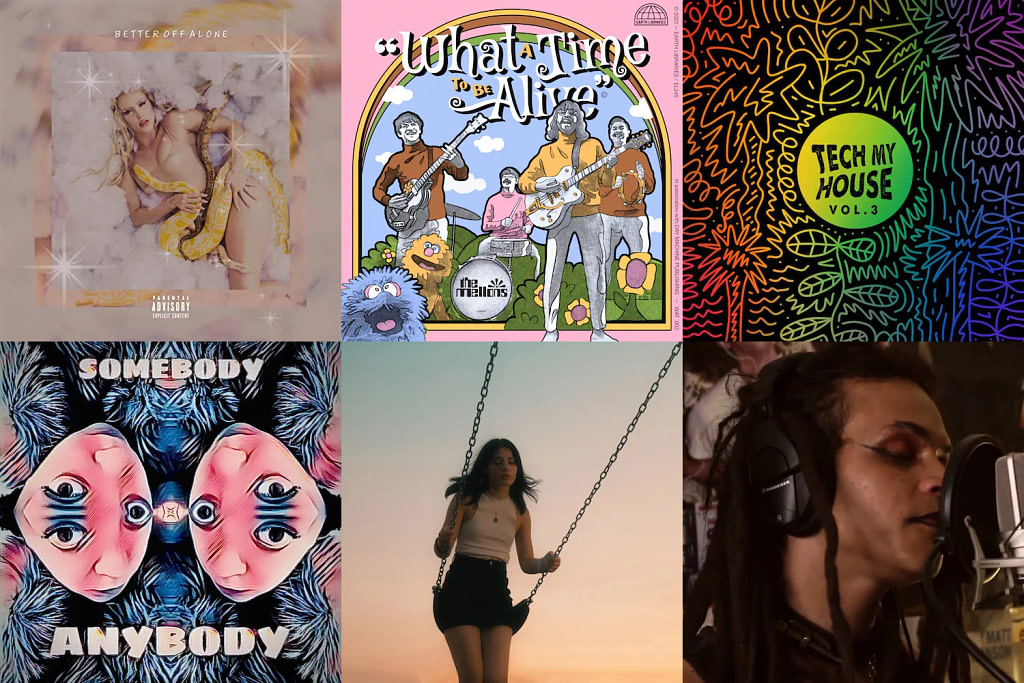 Ah, summer—what a time to be alive. For many, winters can feel like living through death while you’re feeling trapped in a dark room. But with the weather warming up and the sun shining bright, it’s time to let our heads wander and enjoy some nicer temperatures. SLUG’s June Local Music Singles Roundup has you covered for all of your upcoming celebrations of summer. 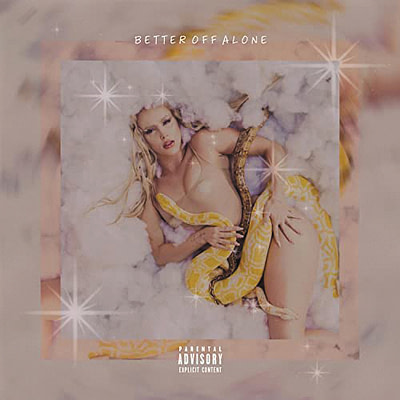 Lady Infinity’s “BETTER OFF ALONE” is a mesmerizing single that preaches self-love with a very fitting, Valentine’s Day release date. The track begins with a steady, snappy beat and R&B instrumentation as Lady Infinity introduces her deep, hypnotic voice almost off the bat. Throughout the song, her vocals establish a warm vibrancy and make the track come alive. Lady Infinity sings about being ready to let go of a romance’s push and pull and beginning to focus on herself: “Boy, you were in my head / Had me feeling no love / Damn I shoulda known tho / Red flags up but no bodys home.” The track evokes a calm, bad-bitch energy and embodies the power of femininity. –Birdy Francis 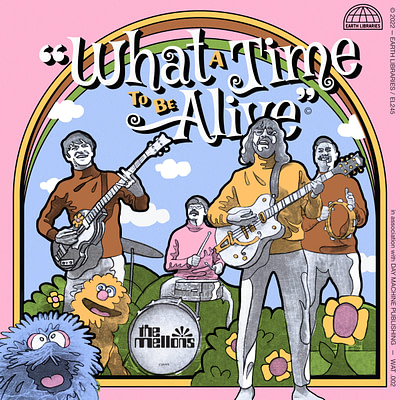 The Mellons
“What a Time to Be Alive”

’60s-influenced pop quartet The Mellons’ “What a Time to be Alive” draws the listener in. An alluring bass and piano bounce back and forth as joyous harmonies sing “la la la la la la” before a catchy verse begins, with lead vocalist Andrew Colin Beck ruminating about losing himself in the sweep of fame. “What a Time to be Alive” is a refreshing taste of what The Mellons call “a new adventure into baroque pop” while scratching that ’60s-pop nostalgia itch. The best quality of the song is the clear vocal chemistry between the members and the various instruments used, including violin, guitar, euphonium, trumpet and even a typewriter. The saying “What a Time to be Alive” could signal an excitement for life or a sardonic statement about how terrible things are in the world right now—or, more likely, both. The song acts as a reminder to embrace the duality of life being both painful and joyful in the same breath.
–Andrew Christiansen

OBAŸASHI’s “Gibberish” incites at the physical level, where linguistic, coherent thought vanishes into broken-circuit surges and the ravers start speaking in tongues. Voices ring throughout the track, intoning nonsense syllables that the producer chops and splices into alien speech fragments—language fails us, washed away in the rush of the rhythm and OBAŸASHI’s elastic synthesizers. The best physical descriptors of OBAŸASHI’s sound palette on “Gibberish” concern the reactive tactility of toys—bass lines that bounce like slinkys, synths that ricochet like yo-yo’s, an up-down structure like the producer is playing cat and mouse with tension and release. In a final wink, the track’s concluding 45 seconds prominently feature a buzzing, mosquito-like synthesizer that cycles upward and upward in pitch like it’s trapped in a centrifuge. “Gibberish” is all stutter and synthesia, your senses sublimated in service of pure exhilaration. –Audrey Lockie 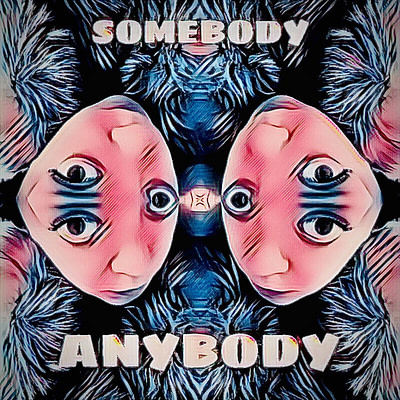 Somebody/Anybody’s “Buzzer” is an anthem for all the sleepyheads. The buzzer goes off and it’s the same shit, different day. Kendra strums a walking bassline, playing off the fading alarm clock. Kat’s drums crash in and the band comes together like a wave. Lead vocalist M sings a hazy harmony, painting a picture of heavy eyelids struggling to roll out of bed. “Sleep is my only peaceful state / That’s what a dreamer would say.” Ain’t that the truth. It’s hard not to sway to this song and wish to be back in bed. The splashes of raspy guitar riffs represent that hint of frustration when having to fight off sleep. This “gaggle of wizards” (direct description from website profile) are easy-listening garage punk—something to add to that Monday’s Blues playlist. –Teddy Ray 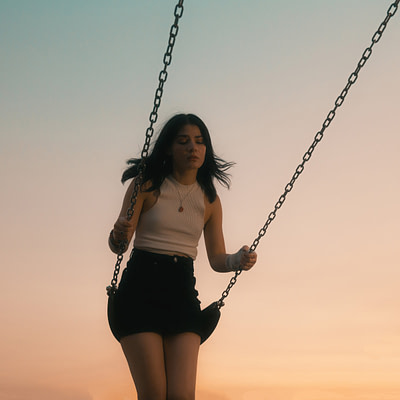 At the first listen, it’s crazy to think that “In the Clouds” isn’t a hidden pop-punk gem from 2003. Set to the moody and energetic sound Sunsleeper is known for, “In the Clouds” brings clever, poignant lyrics depicting the aftermath of a break up and the emotional toll it can leave: “You’ve been stuck in your old ways / Why don’t you laugh like the old days / Hoping that the weather can still change.” The combination of sweet melodies, storytelling lyrics, rowdy riffs and rambunctious drums gives Sunsleeper that reminiscent, 2000s rock sound. Pair that with lead vocalist Jeffery Mudgett’s warm, raspy voice and you have an emotionally rich, endlessly playable banger of a song guaranteed to capture fans’ hearts and ears. If you haven’t already heard this shoegaze-y band, then you’re missing out on some supremely satisfying SLC sounds. –Sage Holt 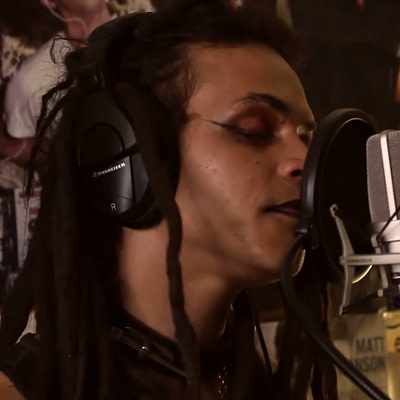 Blending an ensemble of cello, banjo, string bass and acoustic guitar, Zaza’s “Butterfly” swims through a woodsy, tumbling sound. Each low-end hit reverberates in shuddering waves, the staccato plunk of the banjo stutters like pebbles tumbling toward the ground and the chorus background vocals swell as if floating on the backs of long-building gusts of wind. Nothing about “Butterfly” feels rigid or incisive; the track moves with aqueous motion as its energy ebbs and flows between soft peaks. Zaza’s new-age naturalism floods her vocals as well, the melodic lines spinning like cyclic ruminations and retaining the sing-songy, phrasal writing of authorless folk music. Of course, the track’s studio video footage on Zaza’s Instagram (@_zaza_vandyke) provides clear indicators of the track’s creators, but “Butterfly” also feels distinctly familiar and elemental. To quote Joanna Newsom: “This is an old song / These are old blues / And this is not my tune / But it’s mine to use.”
–Audrey Lockie