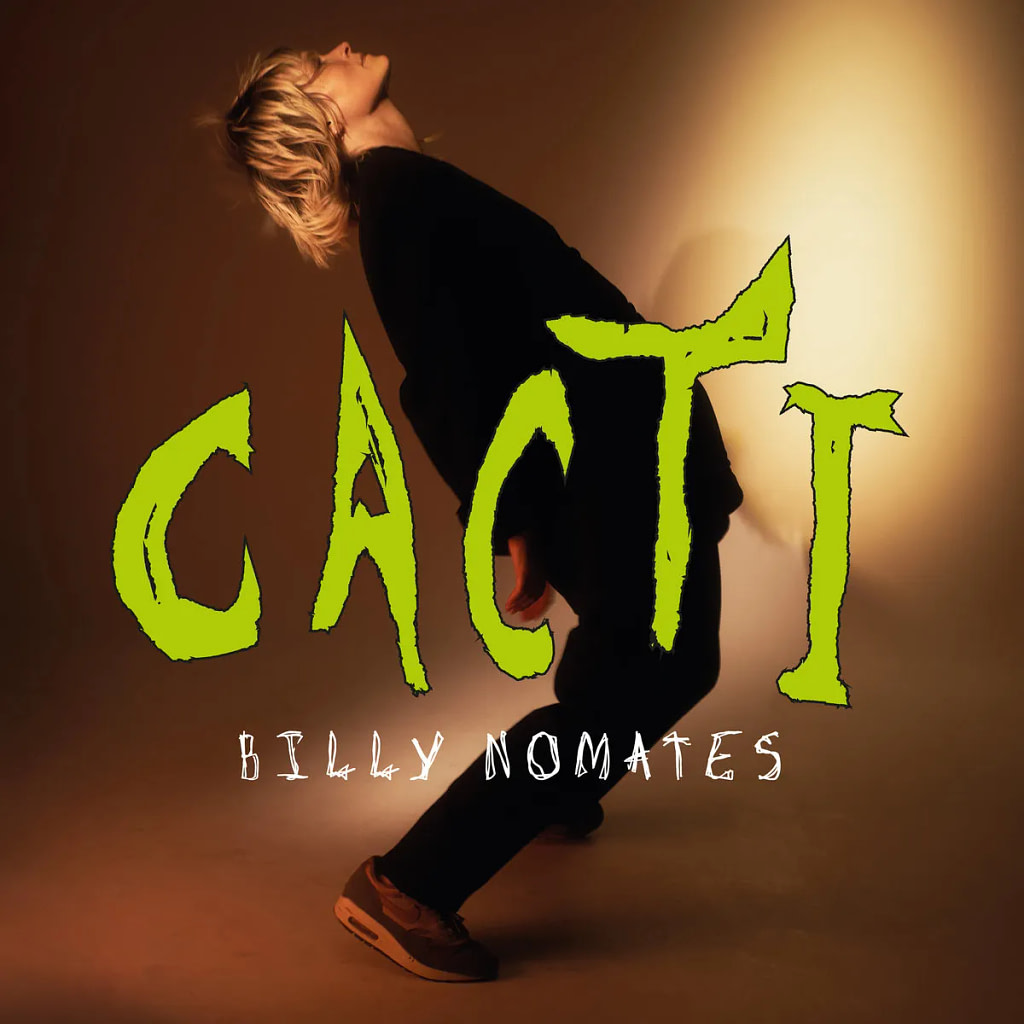 All my favorite albums started with one song that deeply piqued my interest. After listening to the one song over and over again, I heard the rest of the album differently. I definitely experienced this with CACTI. Billy Nomates, an adorable, blonde Brit, hit on something special with her newest release. The post-punk meets electronic pop style carries over from her first, self-titled album release in 2020. Here, her sound is more solidified and feels like it’s really come into its personality—it’s fun, bold, and the songwriting is well-rounded.

The first track of the album, “balance is gone,” was featured in a live performance Nomates gave for the BBC. While watching, I was astonished at the awkward and amazing dance moves Nomates tirelessly gave while she sang the song exactly as it sounds on the studio recording. The performance shows a spirited girl dancing to her own electronic drum in the middle of a room as other musicians circled around her, playing to the beat Nomates had made. To me, it encompassed the entire album in that you can hear the vulnerability in her voice, the lyrical content and the expression in the chord patterns. It tells a story of a girl so unashamed.

The lyrics of the title track echo this thought as Nomates sings “Yeah I’m off again / To dance on hostile sands / Me and the desert holding hands / A thorn in my side the sun in my eyes.” The song continues with reverberating background vocals, prominent synth and guitar effects, but moves in such a synchronized direction that it drags the listener’s heart rate along with it. I love the balance of pop and eccentric punk rock embellishments on this track.

The song on CACTI that caught my attention upon first listen was actually not featured as a pre-release—it’s the ninth track, “same gun.” It’s the most four-to-the-floor pop song on the album, which I’m a sucker for. I listened repeatedly and felt more like myself with every listen. I sat and danced in my headphones as I researched and took notes, feeling powerful and inspired. When I finally decided to move back to the other songs in the album, it was like something unlocked for me and I heard the other songs in a more magical way.

Call it heart, call it talent, magic, girl power—whatever you want. For me, this album had a wow factor that can’t be put on paper. –Mary Culbertson