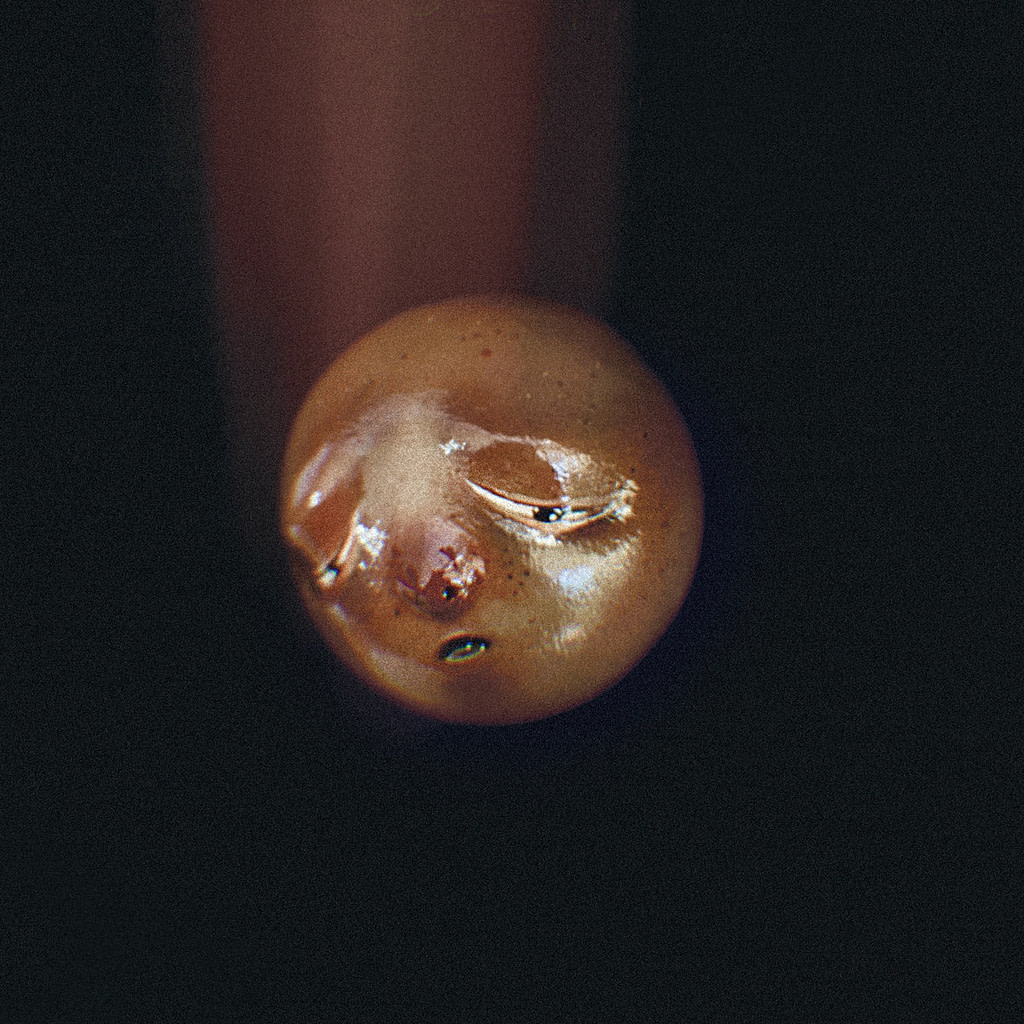 At first thought, “poolblood” brought to mind one of the many hardcore bands that pepper our beloved magazine’s pages. I prepared myself for a heart-racing listen and turned my phone volume down a touch. When the first notes of “<3” hit my ears, I found myself pleasantly surprised by the relaxing, hushed tones of this Ontario-based artist Maryam Said. Their project, poolblood, truly captures the image of pooling blood—a richly colored puddle, thick like paint, glistening in a haunting, death-on-your-doorstep way.

mole is poolblood’s second release, following the Yummy EP released in 2019. As is now custom, four of the nine tracks—“twinkie,” “wfy,” “my little room” and “shabby”—were released as singles leading up to the full album’s drop. These four tracks were well-chosen, capturing the variety of sound that can be found on mole, from shoegazey guitar to soft drum brushes to murmured melodies.

My favorite track on the album, “shabby,” has already been added to my Salt Lake–relevant “snow day” playlist. It’s pretty, like falling snowflakes, with gentle guitar riffs and sustained, aching vocals. Said’s voice breaks with emotion as they sing, “We’ve been through it all, haven’t we.” Most of the song’s vocals are unintelligible, but Said’s tone is mesmerizing. I only wish it was longer—why do the best things always end too soon? I guess I’ll just have to queue it twice.

Most of the songs on mole feel related, a praiseworthy accomplishment for an artist crafting a collection of songs. “null” features that soothing indie acoustic that seems to be at the core of poolblood’s sound. It opens with a satiny static, transitioning to an oozing guitar. As trumpets build toward the track’s conclusion, Said’s vocals fade out.

“beam” stands out in a surprising way as an instrumental featuring dark, mechanical noise that teeters the line between untethered chaos and artful torment. Following “null,” “beam” is a startling contrast. It’s that dark turn in a horror movie that leaves you feeling unsettled and haunted, like the loose peace we’ve enjoyed thus far is about to be shattered.

The next track, “sorry,” helps to explain this momentary tone shift. There’s been some kind of loss or heartbreak, “beam” capturing that pain, and now “sorry” dealing with the aftermath. Here, Said re-releases their 2019 single “I’m Sorry” under a new title. The title change serves as a visible representation of the style changes made to the song in the last three years: Where “I’m Sorry” features heavier drums and more belted vocals, from the outset this new version softens and slows way down, cutting the drums and adding strings. As Said sings, “I’m sorry I was such a bitch to you,” it’s clear the hurt has scared over and begun healing. The words are still true and still need to be shared, but the bitter sting captured in “I’m Sorry” has faded into this softer, more forgiving rendition.

You can tell Said finds plenty of inspiration from other artists, and their Spotify playlist titled “mhm” offers a curated listen through other, similar-sounding projects. Songs such as Lowertown’s “The Gaping Mouth” and Donnie & Joe Emerson’s “Thoughts in My Mind” provide clear threads of influence that have made it into the poolblood tapestry. There are definite parallels between these songs and mole’s “my little room” and “twinkie.”

It’s clear this artist is still evolving, finding that perfect balance of self expression and musical creation. As it stands, some of the notes in minor keys come across more like missed notes, an uncomfortable discord for this listener. Overall, mole highlights plenty of growth, sonically as well as collectively. You can keep up with Said and their project on Instagram at poolblood.jpeg and check out their website poolblood.com to learn more. I look forward to seeing more from this talented creator. –Katie Hatzfeld