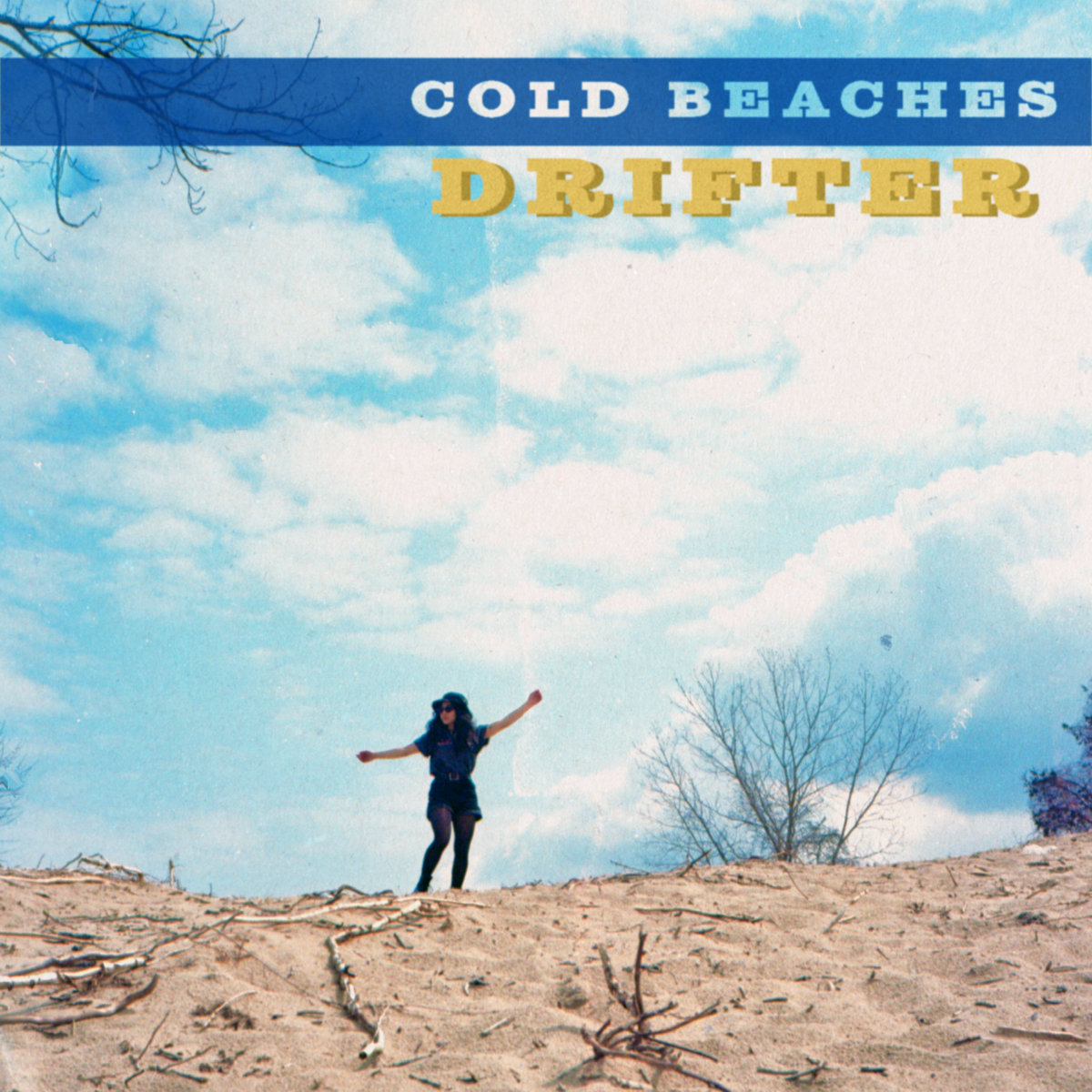 When an easy breeze comes off the ocean to cool down the beaches as the sun disappears in the west, the heat from the bonfires helps warm the chilled, sunburned skins after a long summer day. This mental image is exactly what the band Cold Beaches sound like—late-night summer air. Their new album, Drifter, will cool you out and warm you right back up.

Cold Beaches is the brainchild of Sophia Nadia, who has had a revolving door of musicians and collaborators move in and out of her orbit over the last few years. For Drifter, she’s joined by Robby Kuntz (drums), Eric Novak (bass, piano, sax, flute), Charlie Atchley (guitar) and Ryan Donlin (bass). Nadia takes on the songwriting, composition, vocals, guitar and keys. This go-around of Cold Beaches sounds like a suped-up, tin-sounding jangle—like an electric tambourine if there were such a thing.

Cold Beaches exist somewhere between a Mazzy Star–type haze and straight-up surf music. As surf music goes, Drifter has the typical melange of reverb-soaked guitar runs over sturdy percussion and persistent bass lines. Nadia uses this sound to support her vocal stylings to unleash her vision.

Nadia’s vocals sometimes hover just under the instrumentation, where her voice blends in like its own instrument. At other times Nadia speeds things up and sings with a controlled yell, or slows it down where she mumbles and whispers. Across the album, she sings of love, loss, space and confinement, just like the rest of us staying in with the controlled loneliness of a quarantine. Cold Beaches vibrate with boredom, melancholy and contentment, with enough anxious energy to make everything feel important and “right now.”

On “SGIT” Nadia sings: “Everyone should know what I’m about,” and “Everything is hunky dory when I go around,” but she finishes the song with the line, “But I hate myself and everybody else.” This record always delivers both sides of the coin. On “Band Boy (Redux)” Nadia seems to want to be in love, but that love comes with a caveat as she sings, “What will it take for you boy to understand / I just live for rock n’ roll / Anything else you want / Just leave me alone.” Nadia further lays bare her high-spirited melancholia in such songs as “Problems and Heartache (I Got Them),” “I Miss You So Much, I Really Do,” “Love Me” and “Grief Stricken Blues.”

Drifter is an album for the times we are living in. It’s an album about wanting to be out and at the same time ok with being alone, being in love and ok with heartbreak, being in a crowd or comfortable drifting alone from place to place. Drifter is a summertime record.  Go to the cold beaches and enjoy—socially distancing, of course. –Russ Holsten