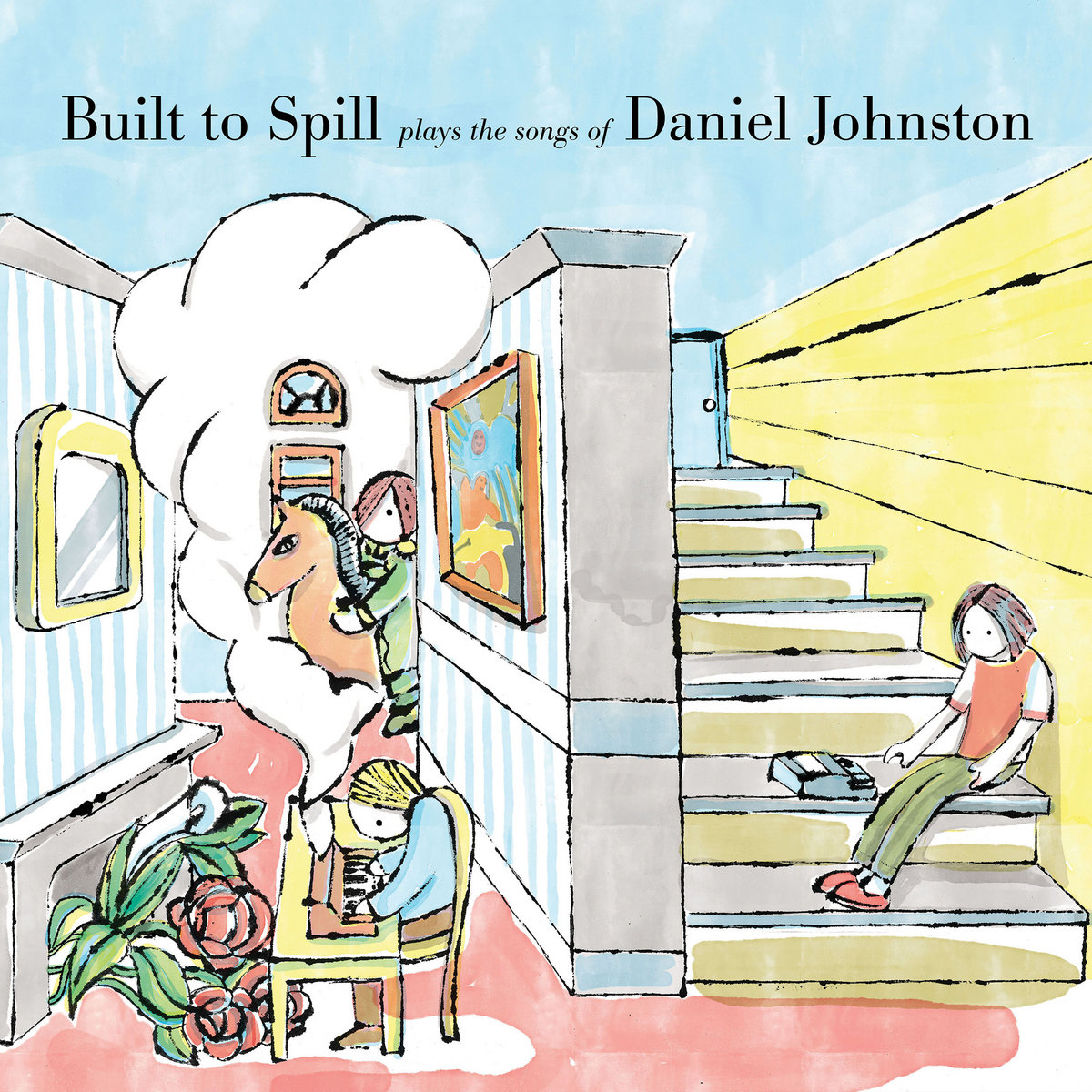 Built To Spill Plays The Songs Of Daniel Johnston ​​is an honest rendition of the raw​​ complexity that exists purely in ​​Daniel Johnston’s ​music. Johnston, who spent most of his life in and out of hospitals battling schizophrenia and bipolar disorder, gained a cult following and became something of an icon in the early ’80s and ’90s. Known for his wobbly, child-like voice and clever reflections on love and life, Johnston became a major inspiration for not only ​​Built To Spill,​​ but for others such as​​ Kurt Cobain​,​ The Flaming Lips​ and ​​Bright Eyes​ before his death at the age of 58 this last fall from a heart attack.

True to the art of Johnston, this album is simplistic and arranged in a live format. It’s familiar in the sense that it matches Johnston’s energy as if the musician himself were playing to a grand audience alone in his garage. Frontman ​​Doug Martsch ​parallels Johnston on the album with the same earnestness and longing that aches in Johnston’s early handmade recordings. Thoughtfully grasping at Johnston’s infectious melodies, Martsch manages to emulate the slipping control of his vocals on songs like “Tell Me Now” as he cries out, “Do you really love me?” during the songs’ final crescendo.

Martsch and company breathe new life into fan favorites such as “Bloody Rainbow,” a song that had only been released on Johnston’s live albums. It’s on this track that the band transforms the endearingly slapdash style of Johnston’s playing into the well-polished pop song he might have heard in his head all along.

Another example of this rejuvenated songwriting comes in “Life In Vain,” a lyrically introspective song about picking up your history and seeing where it’s led you—from the places you wanted to go, to who you wanted to be and where you ended up. Built To Spill adapts this song from its original acoustic composition with string accompaniment and morphs into a hook-driven indie-rock anthem that follows the lead of Martsch’s iconic ‘90s guitar tone.

“Honey I Sure Miss You,” one of my favorite Johnston songs, feels a bit slower than the original, but then again, this might be the result of Johnston’s scrambled guitar playing that makes the original sound more rushed. Built To Spill marches slowly through clunky verses before unfolding on the chorus, creating a befitting melancholy dynamic that stays the same throughout the whole track.

The inspiration behind this 11-track cover album stems from Built To Spill’s 2017 stint as Johnston’s backup band on what would unfortunately become his last tour ever. I met Martsch a few months before that tour began, and we geeked out together about Johnston’s music and art. Martsch shared with me that he hears himself in Johnston’s music, and I couldn’t agree more. It’s this awareness that makes me believe Built To Spill is the perfect band for this project.