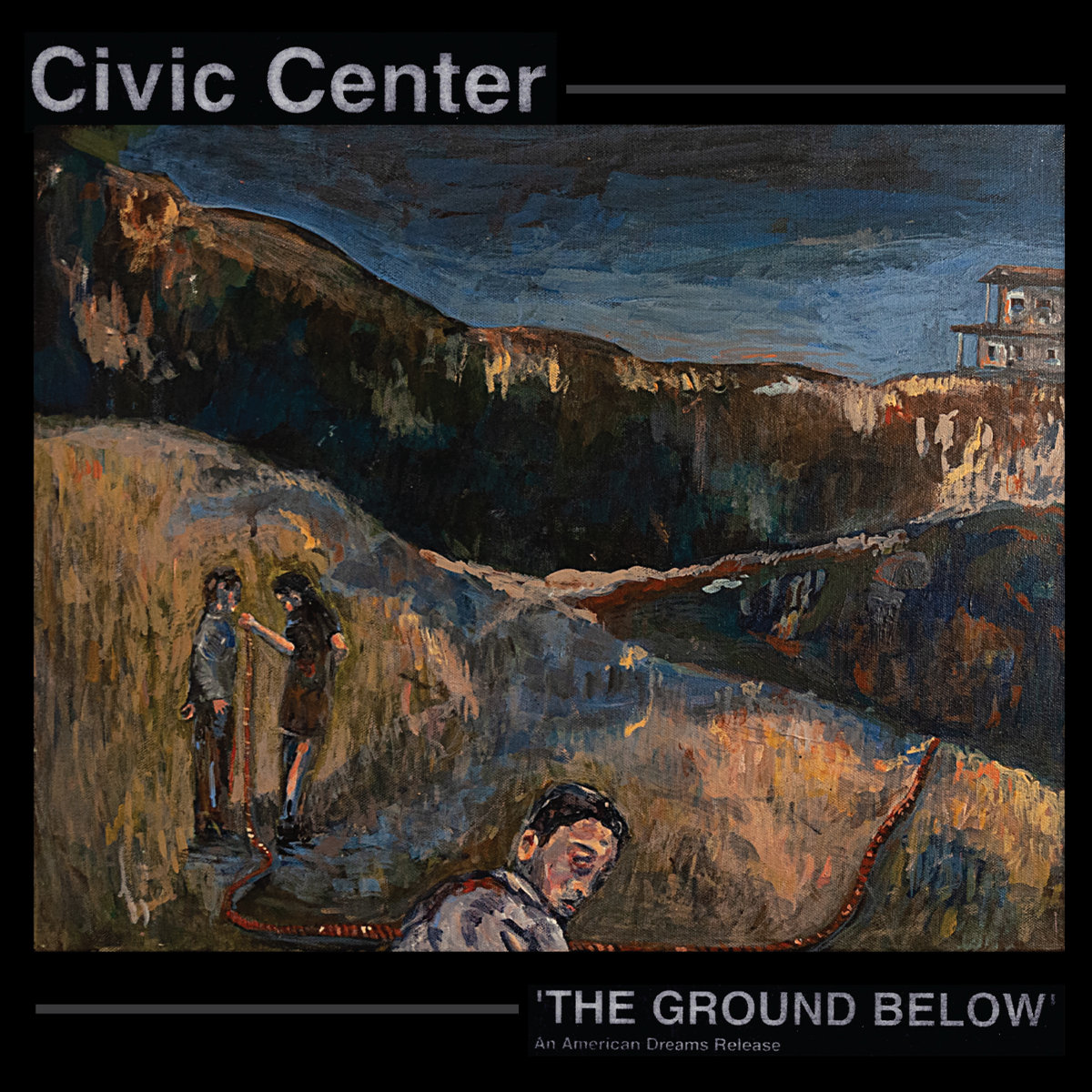 Review: Civic Center – The Ground Below

Civic Center The Ground Below

Once upon a time, in the late 1970s there was a melting pot of music that had yet to be classified. It wasn’t punk, disco, classical, glam or prog rock. It was a bit of each and yet none of the above. Today, we call it post-punk. From there, bands tend to be randomly assigned into subgenres based on the clothes they wore or the venues they frequently played at. Chicago’s Civic Center have a sound that feels like 1979. There’s a bit of dub in the basslines, industrial in the electronics and punk rock in the vocals. They could have opened for the likes of Throbbing Gristle, Public Image Ltd, Sex Gang Children or The Human League and not feel out of place.

Civic Center’s debut album, The Ground Below, is a chaotic trip dominated by noise and occasionally interrupted by something more melodic. It is discordant—like experimental jazz accompanied by a drum machine with Lou Reed’s Metal Machine Music playing in the background.

“Fly on the Wall” is the closest thing to a single, with its minimalistic groove and its nonsensical vocals. Everything else on the record feels improvised, as if the band took Casio keyboards and pre-programed drum patterns and pulled everything else out of a hat. That’s not intended as an insult or slight; it just is.

Opening track “High Beams” and album closer “Pencil and Pad” are haunted soundscapes that work rather well. However, songs such as “The Prophet” and “You Know What This Means” show promise, but ultimately drown in their repetitive drone. Instrumental “Golden Days (Interlude)” feels like the groundwork for a solid track. It’s counterpart, “Study of Light (Interlude II),” never really goes anywhere. I don’t need structure, but I do need a sense of movement. John Coltrane's Meditations isn’t a great record because it plays by the rules. It is a great record because its propulsion eschews the rules.

There’s a rawness to Civic Center’s sound that likely is more powerful live (with the volume turned up as far as it can go). To that end, I can see them opening for Drab Majesty, Soft Kill or Boy Harsher, but they’re still working toward being headline material. –Ryan Michael Painter