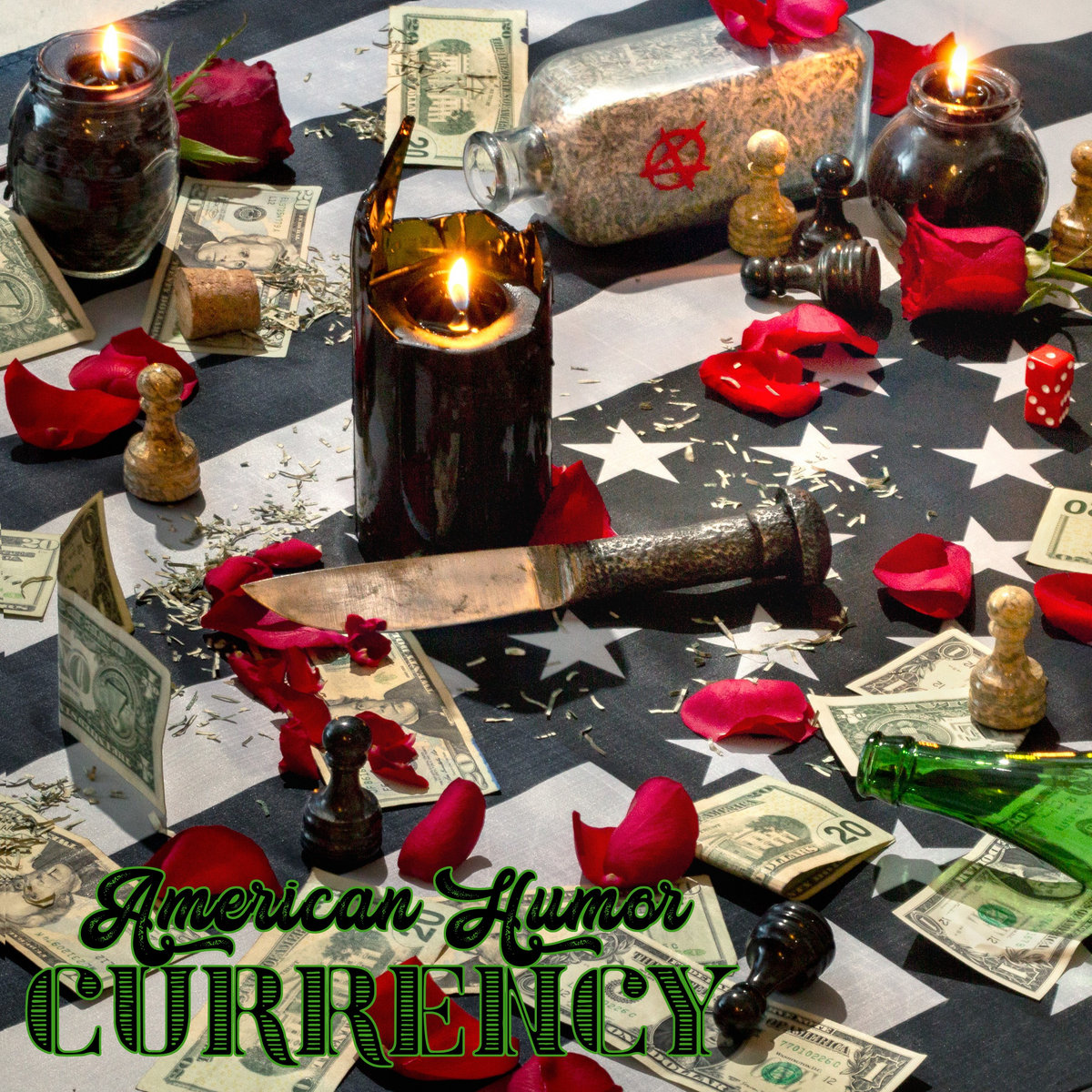 American Humor is a Salt Lake City–based group who recently released their first full-length album. Currency is an exciting listen for fans who enjoy rock n’ roll that falls into the hard rock/post-grunge genres. The album is energetic and entertaining. It contains a rad mix of dark lyrics with driving and heavy rock n’ roll to headbang and move around to.

American Humor describes themselves as “irreverent, angry, full of existential doubt and chaotic rage.” These qualities shine through right away. “Black” starts out slow, but quickly picks up. While the song has great energy, the lyrics have that angry/rage vibe the group describes themselves with. “My heart is black and so are my thoughts,” the song repeats several times. By the time you headbang your way to the first verse, you hear, “There’s something in my stomach / There’s something crawling around / It echos evil phrases / They pour out of my mouth.” This dark subject matter, paired with the driving rock sound, makes the song incredibly fun. You’ll want to put it on repeat to hear all of the dismal lyrics, line for line.

Further into the album, “Sway” has a darker tone and is perfect for days when you’re cooped up and thinking about how life sucks. The songs that come before “Sway” have a lighter tone musically, but as soon as this song starts, it feels darker. It starts out with an entrancing bass and guitar melody before going into a heavier rhythm, where we get vocals: “Finding all the words that get you off / Whispering them in your ear / Tearing out your spinal cord / How I wish you weren’t here.” The gnarly lyrics don’t just stop at the beginning, as the song also repeats, “I’m a mistake and you know it.” This song definitely highlights the group’s characteristic existential doubt.

The track “Church and State” changes things up quite a bit. It’s a short song, but probably the highest energy out of all the tracks on the album. This song is so fast, featuring a sound reminiscent of punk groups. The song also highlights the tension between the LDS church, their prominence in the state and their contention with non-members by repeating, “Don’t come knocking on my door.”

Throughout Currency, you’ll find heavy-driving sounds and darkened lyrics. The genre of alt-rock is wide-reaching and can appeal to fans of different types of rock. American Humor throws different styles into their music and it keeps the journey throughout fresh and fun. Personally, it makes me really bummed that COVID-19 is ravaging the world because these guys are probably a riot live. American Humor’s debut album is one that can be played on repeat and appreciated by rock fans across the board. –Emilee Atkinson