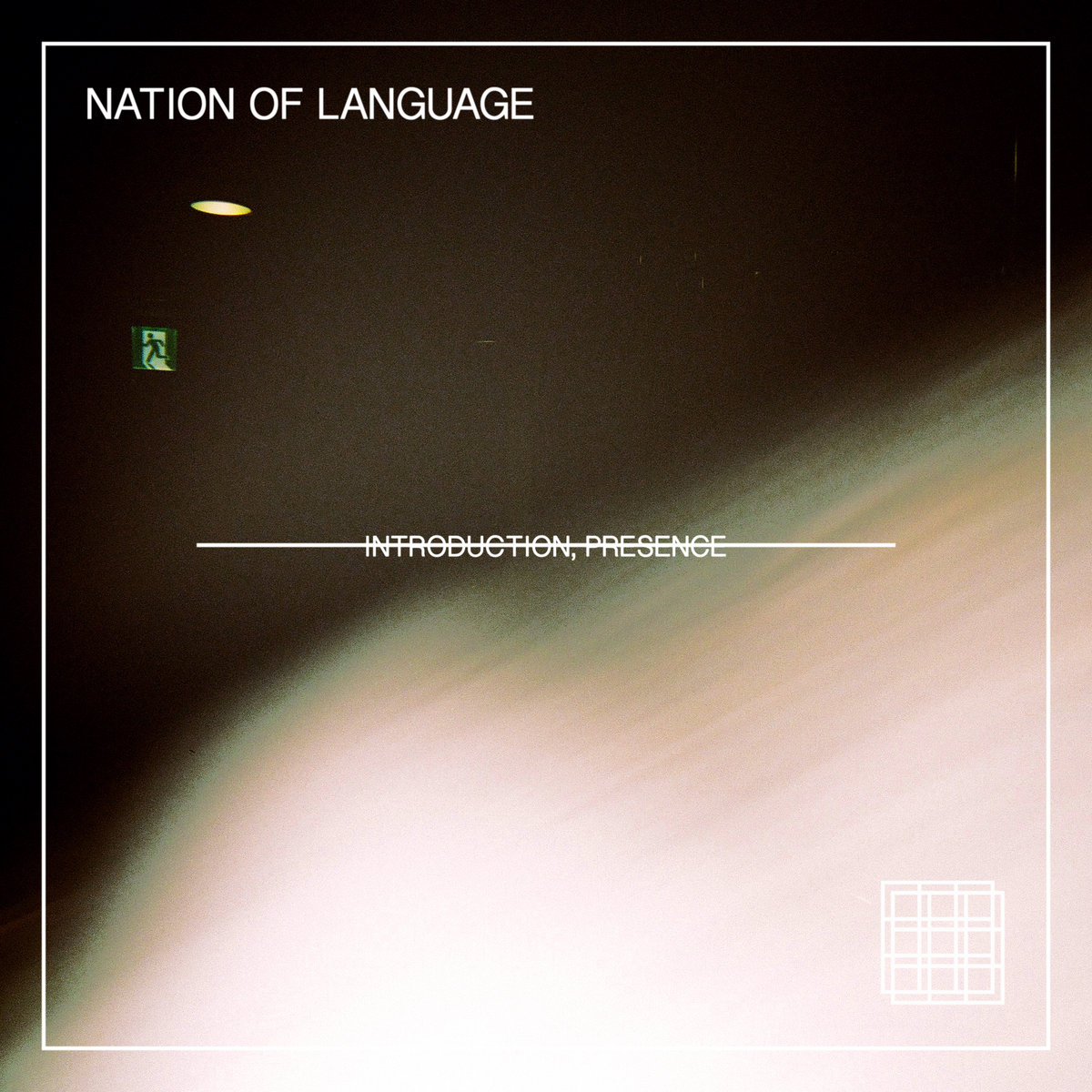 Not many things can perfect the tenuous balance between the heart race of discovery and the warm comfort of nostalgia. But when you come across such a rarity, when you’re met with both intrigue and familiarity, you know you’ve found something special. Maybe it’s my love for the ’80s, a decade I didn’t live through but experience via its lasting influence on modern culture. Or maybe I just can’t help but love the sound of a well-produced synthesizer. Regardless, the moment I heard the delicious sounds from the Brooklyn-based band Nation of Language, I felt that paradoxical rush.

This synth-pop outfit is composed of singer Ian Devaney, synth wizard Aidan Noelle and bass player Michael Sui-Poi. While the trio was founded in 2014 and has released several singles over the years, Introduction, Presence is their debut LP. 10 tracks make up the album, each one building new wave techniques onto a post-punk foundation. It’s an appealing combination that manages to sound gloomy while maintaining a high-energy vibe throughout the album.

The first track, “Tournament,” starts off with some softly oscillating synths poised over a light drum beat. Devaney’s echoing vocals emote a wistful reflection on a life spent waiting for love. It’s one of the slower songs of the album, with each track that follows building the tempo toward a crescendo of dance-inducing tunes. “September Again” uses more agile synth wobbles to create a higher-pitched melody, fading in and out of Devaney’s vocals for a smooth transition. Lyrics like “So you go back to church to reclaim the feeling / You say you don’t understand why / And you spend all your time standing naked in the mirror / When you wanna wear something nice” immediately got stuck in my head for days to follow. It’s just a well-produced song that I want to blast from my car window cruising around Salt Lake’s sleepy streets.

Later tracks channel the band’s more notable ’80s sound, with “Friend Machine” sounding like something straight off of a New Order album. Coupled with spacey synths, Devaney’s ghostlike words make for a head-bopping composition. “The Wall and I” closes the album with a sanguine tone. Here, bouncing synths and a more structured drum beat set the track apart from others. Sui-Poi’s bass lines take the reigns from Noelle’s normally commanding synthesizer. It’s an interesting closer, one that leaves you wanting more from this talented trio.

Introduction, Presence is a refreshing approach to the flagship sounds from the ’80s, adding enough new wave twists to avoid being pigeonholed into one genre. Overall, it’s an album that is both familiar and exhilarating. Keep an eye out for the release of Introduction, Presence on May 22, and follow the group on their Instagram: @nationoflanguage and on Spotify. –Avrey Evans