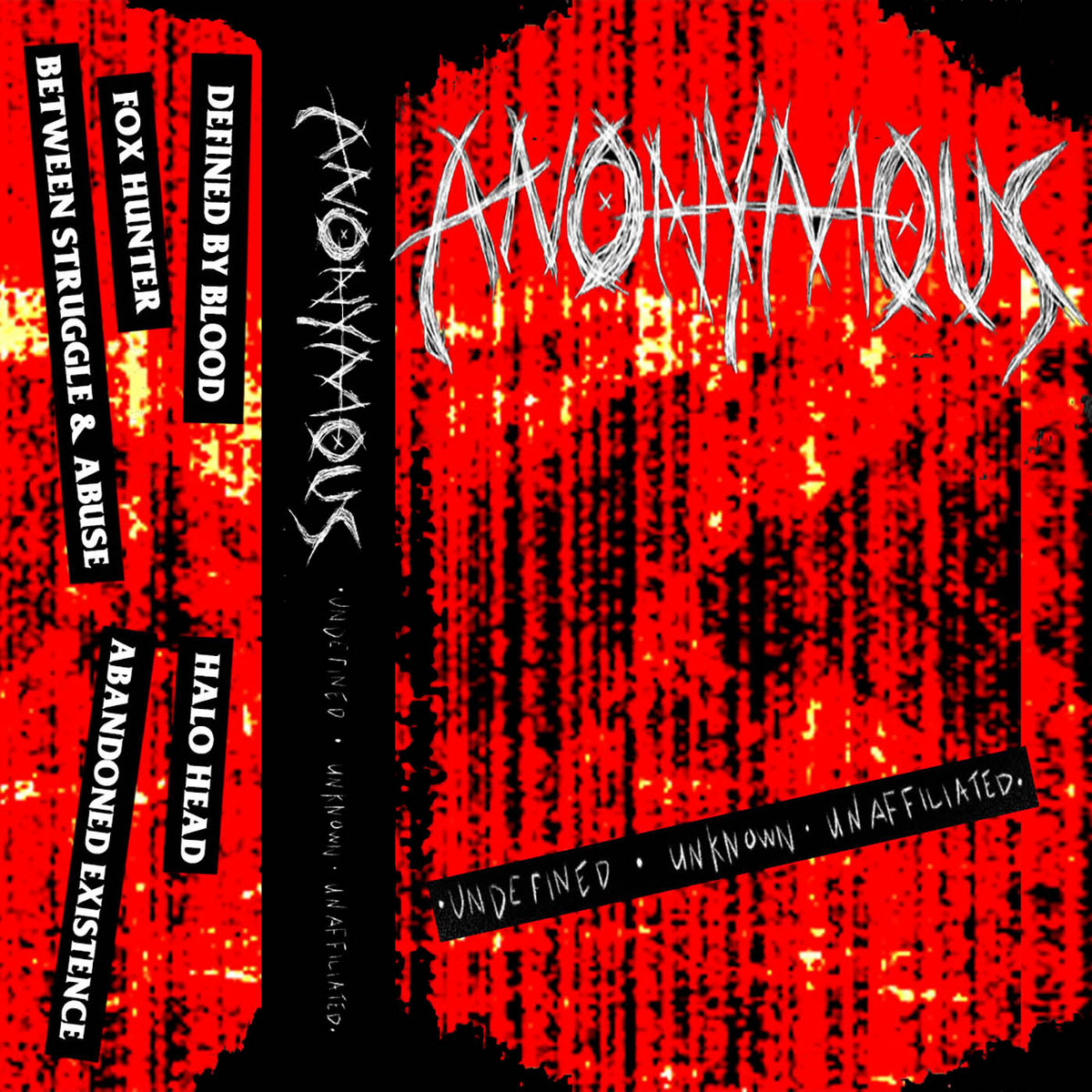 Salt Lake City–based hardcore-punk band Anonymous have made a name for themselves in the local punk scene with their first EP, Undefined Unknown Unaffiliated. Listening to the opening track on the album, “Defined by Blood,” sure was a gratifying experience. Ethan Vehar and DK Halligan shred on their guitars, starting the song with some powerful riffs and heavy licks. The track soon turns into another heavy melody, giving the listener enough time to process Eric Norris’ tenacious vocals before the song moves onto a fast-paced, energized guitar lick. It feels as if you are about to experience a slow, heavy song, but then the course of it changes and makes you instantly want to head bang to the intensifying rhythm.

“Defined by Blood” is the first song on the album, and with such a powerful start, I could already guess the feel of the rest of the songs. Listening to the second track, “Fox Hunter,” my expectations were soon exceeded with, yet again, the sound of the heavy main guitar and Norris’ vocals. This song is the shortest on the album at one minute and 21 seconds, a concise trend that continues with the next song, “Between Struggle & Abuse.” Here, the song immediately picks up with some slamming guitar from Vehar and Halligan, while Tyler Landress shreds his bass. Soon, Norris’ hardcore vocals tune in along with Ryssa Pellum’s heavy drumming. “Between Struggle & Abuse” has to be one of my favorite songs on this album due to its abrupt development and the way Norris’ low growls accompany the heavy riff.

The fourth track on the album, “Halo Head,” was more upbeat and fast-paced than the previous three songs. Listeners get what feels like a nice break because the final track on the album, “Abandoned Existence,” was one of the heaviest songs here. Norris’ vocals sounded absolutely mortifying (in a good way). The riffs were undoubtedly impressive, going faster and heavier toward the end of the song. The five tracks on this album all have different feels and none can compare to one another; each unique in their own way, they are composed so methodically it seems surreal. With “Halo Head” and “Fox Hunter” both being the shortest tracks on the album, you can hear that the two seemed to be some of the heaviest. Whilst the rest of the songs sure are powerful in their own ways, they offer more variety of melodies by nature of being the longest songs on the album. You can find and listen to Anonymous on Bandcamp at AnonymousSLC. Always remember to support your local artists and musicians! –Litzi Estrada