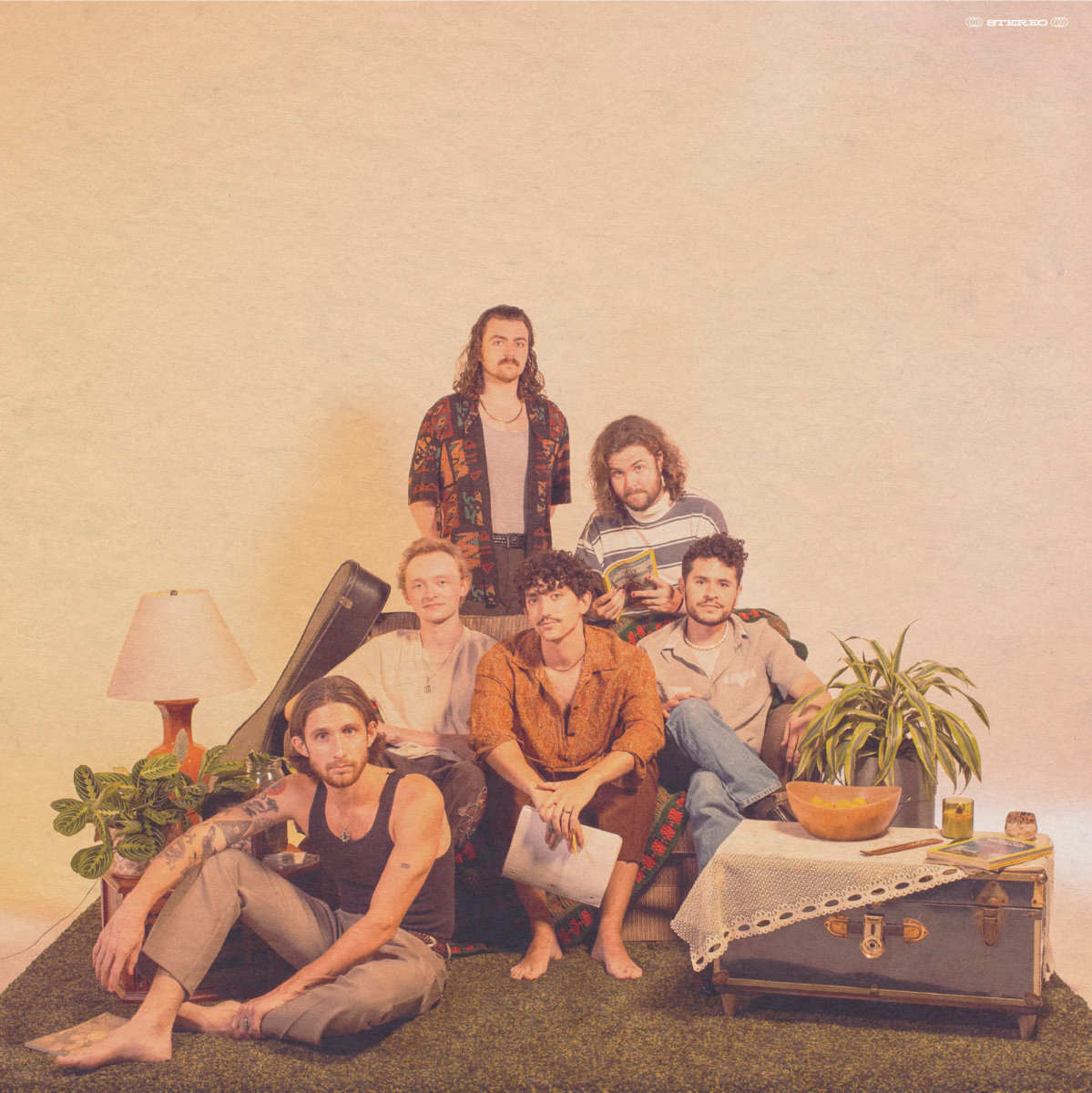 The Salt Lake psychedelic rock and pop band Dad Bod showcase their tangible chemistry as a band on their sophomore album, Pastels, sounding more confident and cohesive than ever before. Throughout the project, themes of love, loss and maturing as a person are explored in lead singer Michael Marinos’ personal and emotional lyrics, often accompanied by an accessible, indie-psychedelic sound that feels nostalgic and comforting.

Marinos says the band has gone through lots of change over the past couple years. “We have matured, our music has matured. There are no egos, and we are all just friends who love making music together,” he says. The title track is the first sign of this proclamation, greeting the listener with a dreamy, catchy indie rock sound and a chorus that is easy on the ear: “I won’t take you for granted / I won’t let you drown / Keep my feet where they’re planted / Til’ you come back around.”

“Tenderness” is one of the most musically inviting songs on the album, with an affectionate chorus sung in Marinos’ soothing tenor voice. The song concludes with all members of Dad Bod building up together instrumentally: the bass stands out, the lead guitar plays a catchy melody and both are accompanied by bright keyboard notes.

“All of My Life” is one of the most alluring tracks on Pastels with a Beatles’-esque sound that includes whiny guitars, a driving bass and a tender, drawn-out harmonized hook. A little over two minutes in, the guitar gets electrifyingly fuzzy and the surrounding band feel in sync as they do what Dad Bod does best: jam out together to create a dynamic, psychedelic rock sound.

On the song “Jean,” Marinos explores the grief felt by him and his brothers (also members of Dad Bod), who tragically lost their grandma last year. “Look at what you left behind / A broken heart, that looks like mine / The silly things, we place ahead / Are meaningless, when we’re dead / No I won’t ask why / You’re gone.” Of these lyrics, Marinos says, “I had so many emotions and I had to get them out. No one knows what happens after we die or why things happen, and I think this song helped me express that feeling.” He adds that the chorus is “me letting go of any control I thought I had over life.”

“Jean” is melancholic. Marinos forces himself to be vulnerable about the universal struggle and confusion that grieving the death of a loved one brings. The guitar solo on the backend allows the song to end confident, almost as if working through these emotions in song has allowed Michael to be more accepting of his grandmother’s death and realize that as humans, so much of what happens in our lives is out of our control.

Backed only by a calming piano, closer “Out of Order” finds Marinos delivering an emotionally honest intro in tone and content, reminiscent of John Lennon’s intimate vocal delivery throughout Plastic Ono Band. “Looking for your words to have some meaning / Try to find a way to stop the bleeding / And each night that he saw you / I thought you were alone.”

From there strings and bass are introduced as the guitar and keyboard round out the nostalgic sound present throughout Pastels. The lyrical content derives from Dad Bod drummer Marcus Marinos going “through a really shitty relationship experience that had an effect on our family and our bandmates,” according to Michael. For the last two minutes of the song, Dad Bod steadily build up with a psychedelic keyboard and a reliable bass line and rhythm section, ending with warped and windy sound effects before fading into silence.

On Pastels, Dad Bod have matured as a band and the songs are more refined and complete.  The band is already one of Salt Lake’s favorite local bands right now, but with Pastels they’re clearly more confident in their sound and their ability to make quality music than before. They fully utilize the clear chemistry the band members hold to create an undeniably fun collection of songs that makes a convincing case to be considered one of the most promising Salt Lake releases in 2021. –Andrew Christiansen