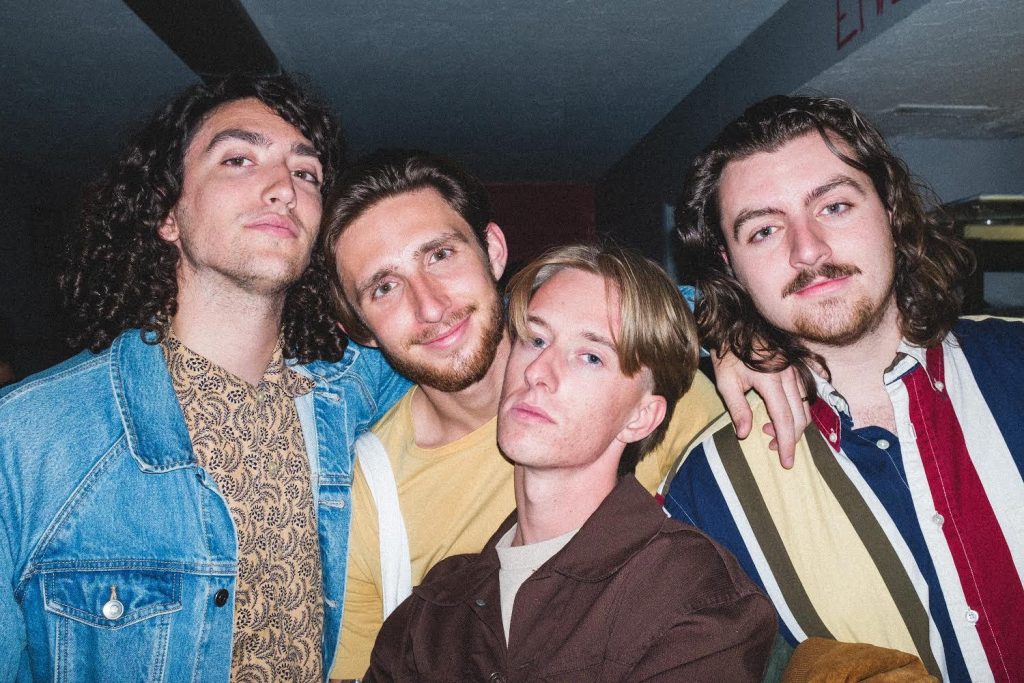 Self-described as “indie bedroom-pop with psychedelic, classical and jazz influences,” local band Dad Bod has greatly progressed as musicians since their modest beginnings in 2018. The band’s current lineup consists of Michael Marinos on vocals, guitar and synth, Matthew Marinos on bass, Marcus Marinos on the drums and Ben Ostler on lead guitar.

With wavy melodies similar to the likes of Mac DeMarco, the band draws inspiration from those in a similar hazy, indie genre, but also artists from varying musical backgrounds, such as George Harrison, Fleetwood Mac, Herbie Hancock and Bill Withers. While one song might relay more disco-type vibes, another song could appear more along the lines of DeMarco’s lo-fi, psychedelic licks.

Dad Bod initially garnered recognition through playing underground shows. “We were playing almost like ‘You gotta pay your dues’ kind of shows,” Michael says. With the hope to draw in a larger crowd by releasing music online, the band released their first single, “Truth,” in 2018. “That was one of the first songs we ever wrote together. It has a lot of meaning to us because of that and because it’s pretty well-received. People like to tell us that’s their favorite track,” says Michael.

In 2019, the band was scheduled to release their first EP, but felt as though it wasn’t representative of their current sound. Looking to older tracks, Michael recognizes how much the band has grown since then. “There so much we didn’t know,” he says. “It’s cool to look back and be like, ‘Man, we’ve come pretty far.’”

Progressing both in their live-show performances and their ability to create more refined, personalized sounds, the band continues to flourish, both musically and individually. “We’ve been a lot more unapologetic just being ourselves and having faith as musicians and songwriters, but also just as people,” Michael says. He comments that growing as a person, not just in a musical setting, is necessary as you’re then able to discover what you love and what’s important to you, which then translates to the band’s sound. “All of us in the band would agree we’ve become more ourselves and more confident,” he says.

Find Dad Bod on Instagram @officialdadbod and their website, dadbod.fr. If social distancing measures continue to lift, the band also hopes to perform shows in June and July.