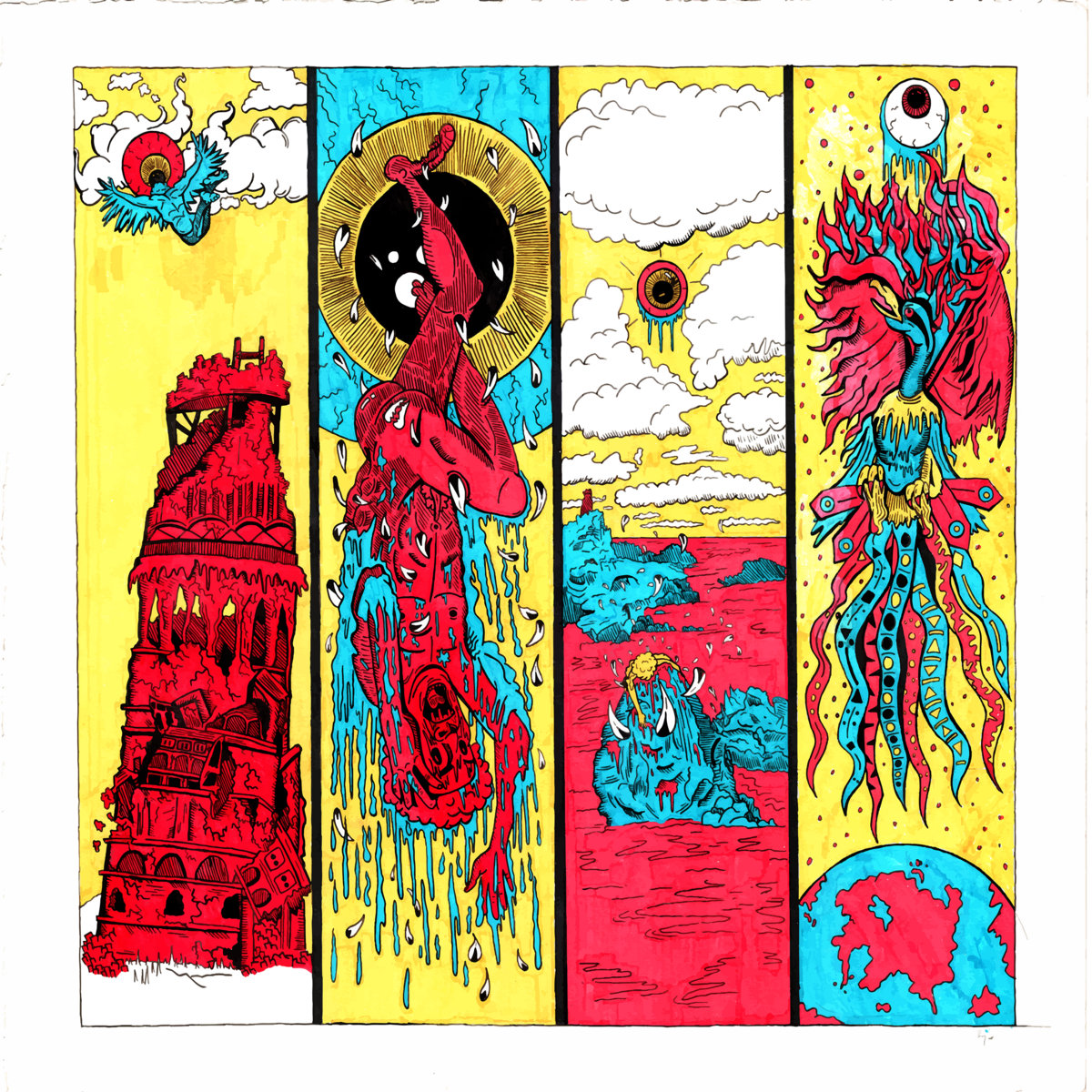 A swell of excitement fluttered through my body when the Icarus Phoenix cassette first slipped into my hands. I hadn’t consumed music through a tape cassette since my first car had a tape player in it, and I’d spend countless trips at the D.I. sifting through miscellaneous abandoned tapes from the likes of Sean Lennon or the occasional goodie such as Fleetwood Mac. It didn’t even phase me that I had no way to listen to it now. Scanning my brain for a solution, I remembered that my roommate had a boombox; the old-school kind of boombox you’d see blaring next to some flashy break-dancer bumping in the streets. Eager to seize the listening opportunity, I hustled home to drop it in the tape deck and hit play.

Swirling in from the soft hum of spinning tape came “Zero One, for Will Sartain,” a solemn track colored with sound. Airy echoes roll off the face like the passing light of a night-time drive. Tangled with faint chirps, sonic detail rotates around dreamy guitars creating a lost-in-space sensation. Gradually, the ride picks up, carrying the humble approach of woodwinds gloriously on its back. Wobbly modulation inches in and snaps the moody daze as the nuance settles, becoming more at ease.

The man behind Icarus Phoenix, Drew Danburry is a fantastic storyteller and has a voice that remains calm and sultry throughout the entirety of the album. A delicate female vocalist joins him frequently to sweeten the delivery, and in a few shining moments, such as the one on the song previously mentioned, he is harmonized with what seems like a choir of angels.

On “Cassie Knows, or How a shy person says I love you” a more playful side of Danburry comes out. The acoustic guitar–based song is topped with beach-y guitar riffs and a classic 4/4  rhythm, and the swung ride in the chorus creates a vintage California sound. Lyrically on this track, Danburry shares a memory he holds wherein he and Cassie are watching four boys sing. As they walk off she says to him, “How it was just a shame / Although their voices were great / They were just too damn ugly to take home,” a statement Danburry admits he will never forget as he contemplates his own performances and wonders if he too is maybe just “too damn ugly.”

Danburry describes his experience recording 22 songs in three days at June Audio in Provo as being life changing and magical, giving him something to believe in again. As I sat and listened, chewing the Bazooka bubble gum given as a bonus goodie-bag item to go along with the tape, I couldn’t help but agree with him. From the sound collages spewing from the vintage sounds of my stereo, it truly was something magical. –Paul Micheal Zuniga!