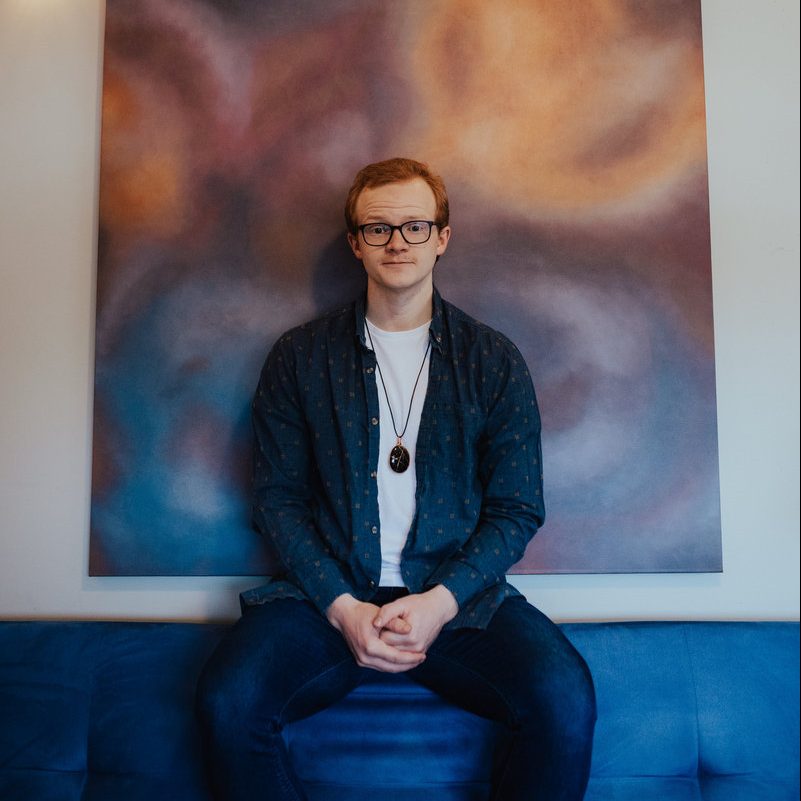 In a turbulent year, music fans far and wide have found comfort, solace and escape in what they listen to. Canceled trips and major life events have been replaced by new music discoveries and replaying favorites. Musicians strive to not only embody a sense of escapism, but experience it themselves too. That’s exactly the case for Nicholas James and his EP, Somebody New.

From the cover art—a calming photo of James in front of a painting—to his Spotify artist description—which intuitively coins the artist’s music as “made for campfires  and quiet car rides across our divided country”—Somebody New and its four tracks can best be described as escapism captured through gentle, acoustic tracks and James’ calming voice.

As you listen through the EP, James acts as a wise, yet tired guide. In the opener, “Franny and Zooey,” a stripped-back and light melodic song (until the last 40 seconds where it feels like absolutely anything is possible because of the sonic build-up). Yet, despite the sound,  he enthusiastically warns listeners: “Once you fall in love, you’ll never be the same.”

But no song on the EP is similar to another. “Snow Day” is whimsical with its bare guitar, but also a nod to how escapism isn’t always the best route to take. “Taking it easy isn’t so easy no more,” James admits. “Mexico” has a Baja twist to it and serves as the most upbeat track, providing a welcome sense of relief after the brutality of the previous one.

The closer, “Summer Potion” ends the collection on a high note, too. Ultimately, Somebody New is an experimentation in both escapism and what makes a good road-trip album.  Somebody New is the perfect carefree music for a drive, but it is simplistic in nature. Because of the range he demonstrates here, I hope to hear James release something more complex sonically and lyrically in the future. From these four songs alone, it’s clear that James has the stuff, but it also hints that his future in music is wide open to a range of possibilities. –Palak Jayswal