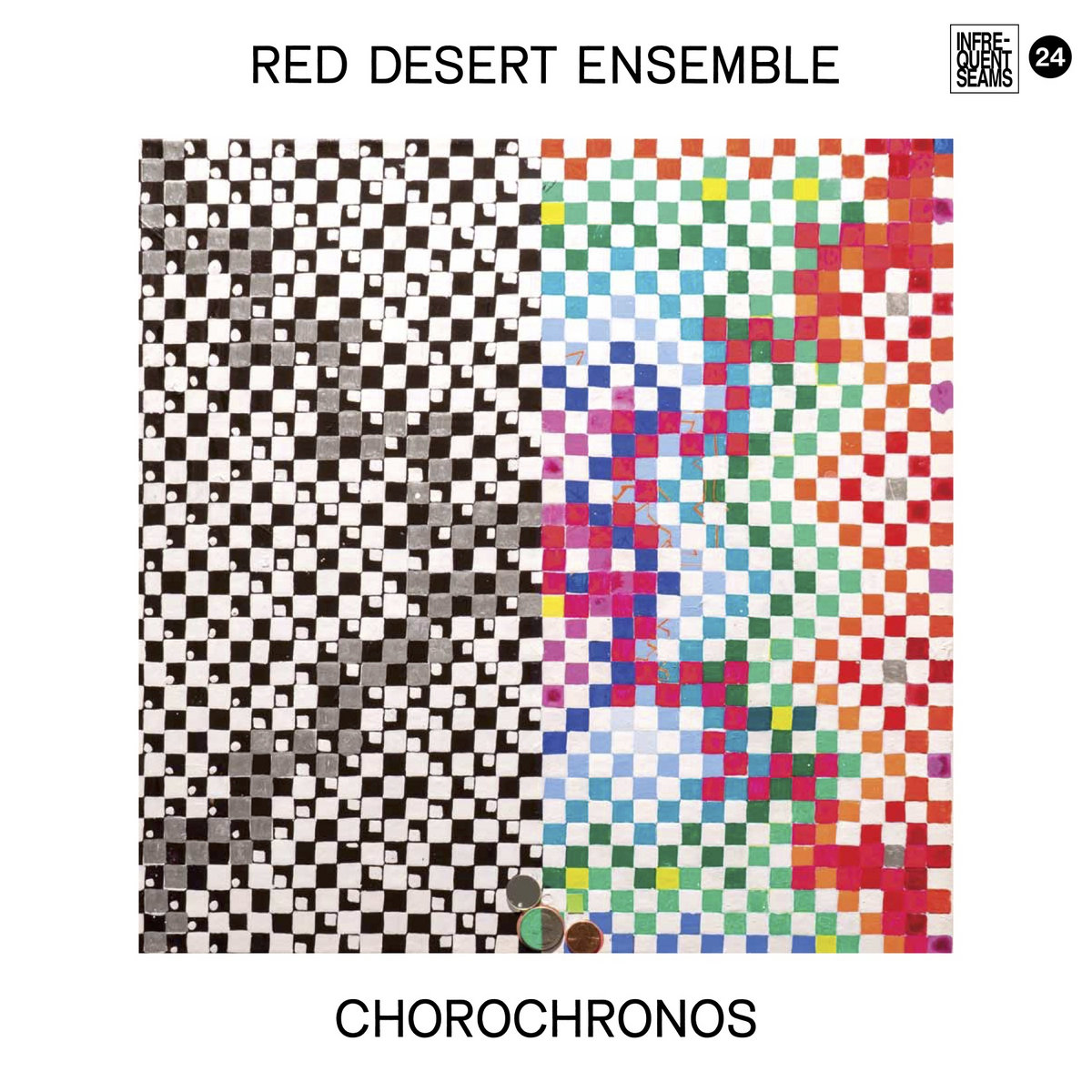 CHOROCHRONOS lives in the crevices in between sounds; in the space between an incidental grumble and an actualized statement. But rather than drift toward ambience or sonic wallpaper, the duo of Katie Porter (clarinet and bass clarinet) and Devin Maxwell (percussion and electronics) favor a balanced determinism and provide each sound here with the force of intention—even if such a sound barely rises into audibility. Whether through auditory illusions such as pitch and timbre matching or an expert approach to contrast, Porter and Maxwell take the admittedly strange instrumentation of their duo and the even more obviously strange content of these four compositions and approach a unity full of naturalism and stoicism.

The apex of this synchronicity arrives through Maxwell’s own “Bonneville Park 3,” a piece for clarinet and electronics. A majority of the piece’s 11-minute runtime finds Porter’s clarinet tones in  harmony with the sparkling electronics of Maxwell’s synths. Its most stunning moments blend the competing sounds into a vibrant mass, forming a choir of coalescing tones without obvious source or reference point. As the piece drives toward its final minutes, though, Porter’s long tones morph into a cyclical melodic pattern while Maxwell’s swirl of synthesizers grows in intensity. The entrance of a thunderous bass tone grounds the previously airy piece, and “Bonneville Park 3” reaches a moment of climactic reward unlike any other on the album.

The unexpected fervor found in the conclusion of “Bonneville Park 3” points toward Red Desert’s underlying mischievousness—a willingness to subvert expectations. André Cormier’s “Sommeil” begins with a stumbling barrage of percussion sounds and a jester-like clarinet melody, a passage of thuds and flits that stands apart from the whispered nature of the rest of the record. This bombast almost immediately dissolves into steady timpani rolls and low-volume clarinet moans for most of the piece’s runtime, only for the duo to hard cut the drones off with what sounds like an elevator-door chime and close out with an unexpected return to the sonic carnival of its opening.

If these two opening pieces provide a wealth of structural experimentation, their counterparts on CHOROCHRONOS’ second side embrace repetition and austerity. Both Lucie Vitková’s “Choral No. 13” and Michael Pisaro’s “Turning” follow a similar structure: single bursts of sound interspersed between bouts of silence. “Choral No. 13” works with more overt variety, differentiating each sonic stopgap with a grab-bag of warbling percussion sounds and some delightfully eyebrow-raising harmonies. “Turning” burrows further toward an idiosyncratic limit point, stretching out the silent interludes while each instance of feather-light clarinet notes and percussion rustlings speak only through whispered rasps. Without the structural surprises of the preceding tracks, “Choral No. 13” and, especially, “Turning”  lay bare the beauty of sound for the sake of the beauty of sound.

If the surface of CHOROCHRONOS presents a record full of placid sounds and an almost self-flagellating embrace of repetition and near-silence, the deeper layers reveal a novel approach to subtlety and musical care that makes minute changes in decibel or pitch feel like exercises in long-distance running. In their performance of these four works, Porter and Maxwell showcase an empathetic approach to the art of the avant-garde duo—never does either musician envelop the other, and never does anyone attempt to wrangle these beguiling, glass-fragile compositions out of their always-disappearing outlines. –Audrey Lockie