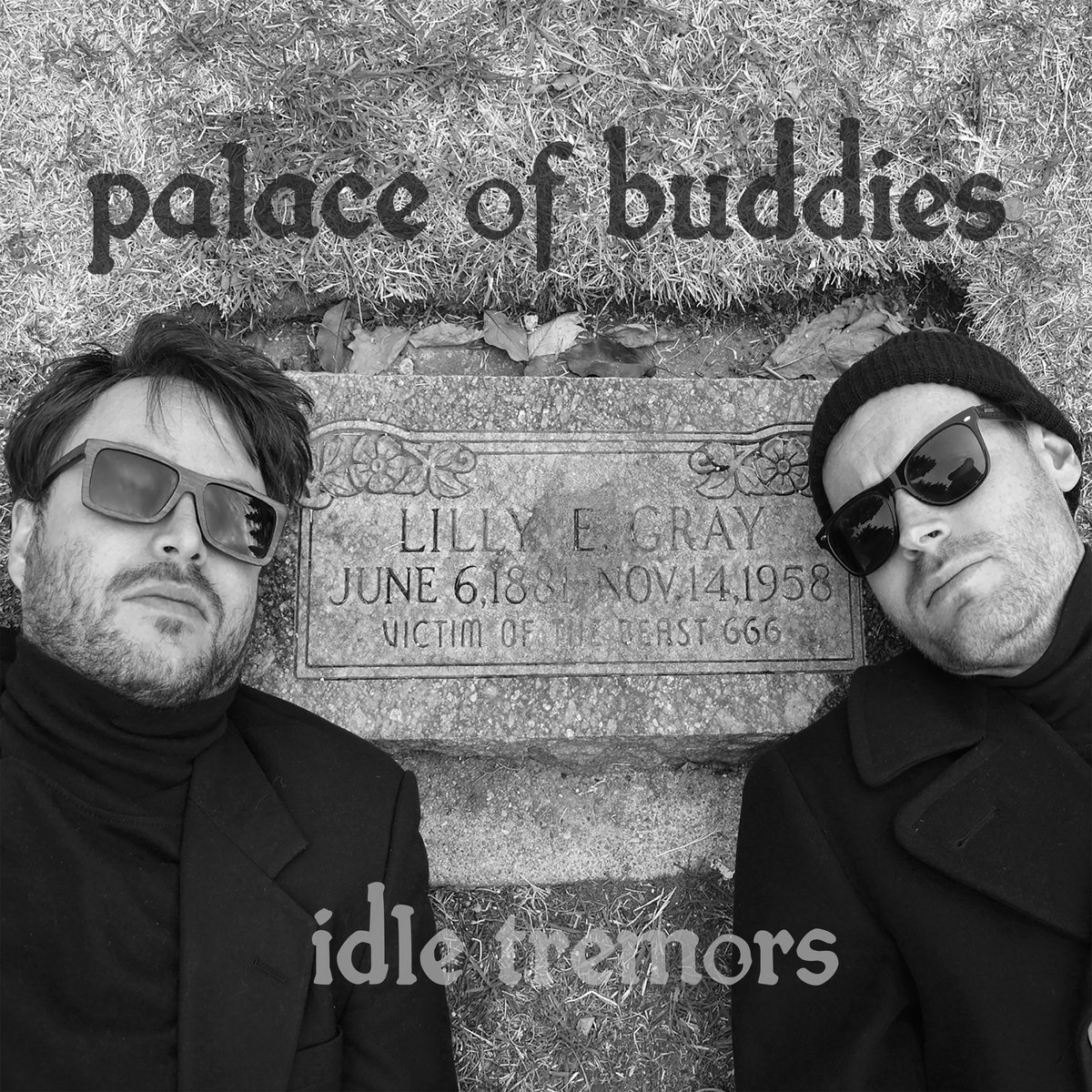 Idle Tremors, the new album from long-time Salt Lake–based duo Palace of Buddies, doesn’t waste any time in proving itself as a polished entity. This album captures the rare energy of a band walking onstage, throwing a quick nod at the audience, and diving straight into the setlist. Any need for a banter break or an interlude is disintegrated by a generous stream of head-bobbing, catchy synth goodness. Idle Tremors is simply determined in its delivery of wonderfully tight and driving melodies. Song after song, the duo of Timothy Myers and Nicholas Foster manages to sound as full as a five-piece, and the diverse array of styles at play is held together by a consistently warm tone and stellar drumming.

Myers and Foster met in middle school in the mid ’90s. After collaborating as bandmates in various projects and also working separately over the following decades, the pair reunited in 2006 to form Palace of Buddies. As a two-piece, Myers and Foster employ numerous innovative techniques in order to achieve the effect of a larger ensemble that is present throughout Idle Tremors. Utilizing multiple analog synths, alternative guitar tunings and live audio looping, the force of two is multiplied by the power of creative technological know-how. During live performances, both members are known to play two instruments simultaneously.

Opening track “Mother” begins with the kind of poppy synth and guitar interplay that The Killers or Phoenix would be proud of. Meanwhile, the hi-hat is on an absolute tear in the rhythm section, greatly contributing to the track’s non-negotiable New Order–esque demand to get up and dance. Lyrically, the track is simple and vague in a way that feels appropriate given the sunny, care-free feel of the entire composition. The first verse includes the line “I don’t know where to begin / I’ll start with everything.” It’s a “play-me-anywhere” kind of song—certainly fit for mainstream radio, should the powers that be care to catch on.

“DB Cooper” finds its home in a part-beachy/part-punk realm, somewhere close to where Wavves’ albums hang out. Once again, the drums are given lots of power in the mix—and rightfully so—and the little snare-based fills throughout the track are just relentlessly cool. Some mildly distorted guitar takes center stage too, with a moody solo that circles back around to the central melody in a deeply pleasing manner. It’s a good track to source energy from in a time of need, like an early morning commute, or perhaps the specific scenario mentioned during the chorus: “Jumping out the door / parachutes deploy / Nothing left behind / But my clip-on tie.”

The track sequencing of Idle Tremors actively contributes to its success as a digestible chunk of feel-good precision. The most energetic songs come in the first half, and the album slowly and progressively winds down from there. Even when things settle down and begin to simmer toward the latter stages, the wildly apparent cohesion between Myers and Foster never wavers. It seems that is just what happens when two buddies have been jamming since middle school. –Austin Beck-Doss