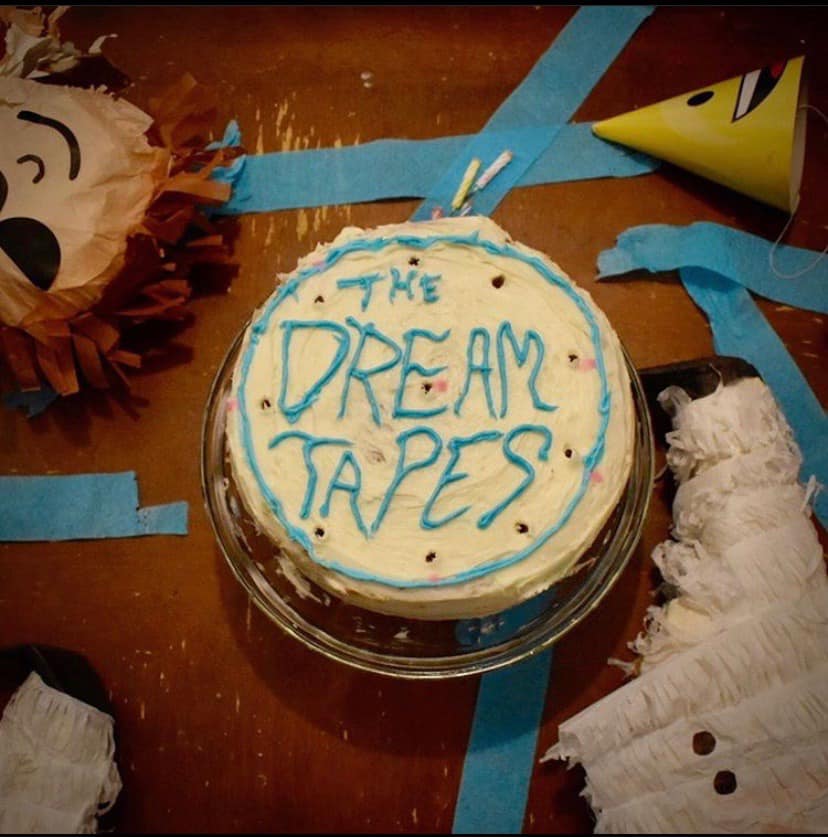 The Dream Tapes are Utah’s 2021 version of the Beach Boys. The fact that their Ogden hometown doesn’t contain an ocean doesn’t stop them from staging a coastline-obsessed soundscape—not only lyrically—we’re talking instrumentally as well. Their small-town roots, however, make for a unique take on a guitar-driven, indie-rock sensation.

The Dream Tapes’ nine-track, self-titled album begins with my favorite track, “Rolling out of Bed,” sounding off with a set of jazz chords turned rock. It’s the perfect catchy beginning to a happy-go-lucky album with minimal consequences. Jackson Reed’s vocals are particularly Morrissey-esque in this track, but given their sound across the entire album, they could also be described as Brandon Flowers meets pop-punk. For example, in the second track, “Balboa,” Reed’s vocals feel more 2000’s alt-rock in their annunciation and style. It provides an exciting and unique mix that, combined with the classic rock-band type of instrumentation, gives me the visual of a band dressed in black-tie suits on a stage.

Likewise, the lead guitar tends to keep it clean sounding throughout the album but also tastefully displays creative effects that make for guitar solos unlike most. I’m particularly a fan of the solo in the track “You and I.” The effects make it sound synth-like, and it’s paired with a more distorted rhythm guitar than we’ve heard during the rest of the album—it’s a pick-me-up track that’s set fifth in the line-up. The Dream Tapes complete the sound of “You and I” with  sharp, intense drums and persistent bass that give the track a more hardcore and almost grunge feeling.

The fans are begging for T-Shirts detailing the song “Dolphin People,” in which Reed sings “Listen to the Dolphin People / You’ll understand / Many years ago / They walked upon the land.” It’s the track that feels most like the beach on the album, as it’s lyrically outrageous, playful and oozes Weezer vibes.

The Dream Tapes is a feel-good experience, one that’s presented well in the world of production. Mixed and mastered by drummer Davis Bitton, the album is a monument the band has worked toward for a significant time—it’s a privilege to listen to. Don’t miss out, and find The Dream Tapes on Instagram, Facebook and Twitter for news and updates. –Mary Culbertson