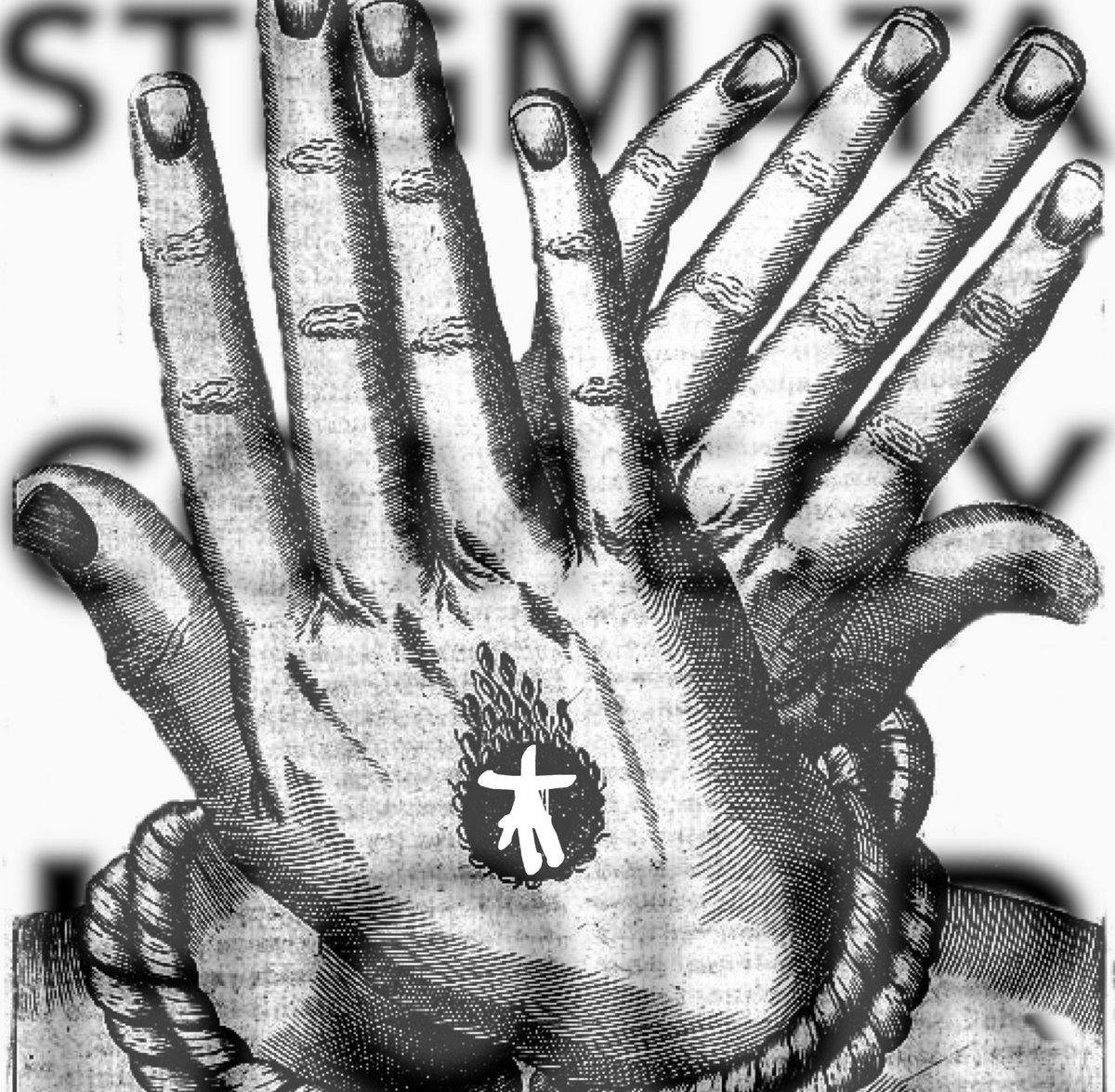 It’s to Treason Angel’s credit that my biggest problem with Stigmata Comedy Hour has little to do with the actual music it contains. The album’s Bandcamp description reads simply “Humanity is a disease. This release is my response.” It’s a confrontational message and one that immediately puts a much uglier spin on the uncompromising, anti-authority ethos established on their debut LP Ritual Squalor. To be brutally honest, it really put me off, especially in combination with such phrases as “please, stop breathing” and “killyourself” elsewhere on the page. Before I even hit play, I was ready and willing to write this album off as an exercise in sneering misanthropy, the kind of “I hate everyone equally” posturing that’s harder than ever to stomach in a world that looks bleaker by the day. It seemed very possible that whatever it was that made this grim outlook palatable on Ritual Squalor would be badly lacking here.

Luckily, that pitch-black nihilism mostly shows up here more as an undertone than an actual thematic focus, and as a result, Stigmata Comedy Hour proves nearly as rewarding a listen as its predecessor—albeit in a different way. Though Treason Angel has by no means abandoned the filthy distortion and creepy sampled voices at the core of Ritual Squalor, both have been noticeably pared back and refined for a sonic palate that often feels more roomy and breathable; less a suffocating sonic assault and more a tastefully deployed array of textures. Folks who like their noise as dense as possible needn’t fear, though: The album still delivers a handful of truly oppressive dirges with tracks like “DDoGG” and “Fuck,” and the penultimate track, “Dungeon Synth is For The Weak,” offers a liquid, ambient beauty similar to “-Finalé-” from Ritual Squalor, almost sounding like something off one of Grouper’s darker, dronier records.

With the unbridled chaos relegated to more of a supporting role, Treason Angel is left with more freedom in the album’s center stage. Surprisingly enough, the increased rhythmic focus here proves to be a great fit for that spotlight. I fully expected this album to be noisy and eerie, but I wasn’t expecting the selection of genuinely great beats offered throughout the tracklist. In particular, “Ourguments” and “Thoughts and Prayers” almost hearken back to the early days of industrial music and Wax Trax! Records, when artists had the guts to marry disturbing imagery and metallic snarl with hard-edged grooves compelling enough to ignite the dance floor. Despite its abrasive sonic palette, there are moments here that come dangerously close to danceability; that they work is handily the album’s greatest revelation.

For all the window dressing about loathing humankind, Stigmata Comedy Hour ends up shining most brightly when it sounds like something you might conceivably be able to have fun to—maybe a depressive, wearing-too-much-eyeliner sort of fun, but fun nonetheless. I enjoy a good grimy wall of sound as much as anyone, but too few modern industrial acts can get my head bobbing. Treason Angel’s ability to do so is quickly becoming their greatest asset. I still can’t say I much appreciate the album’s dour framing, but not too far underneath that framing lies an interesting and well-constructed listening experience. –Nic Renshaw