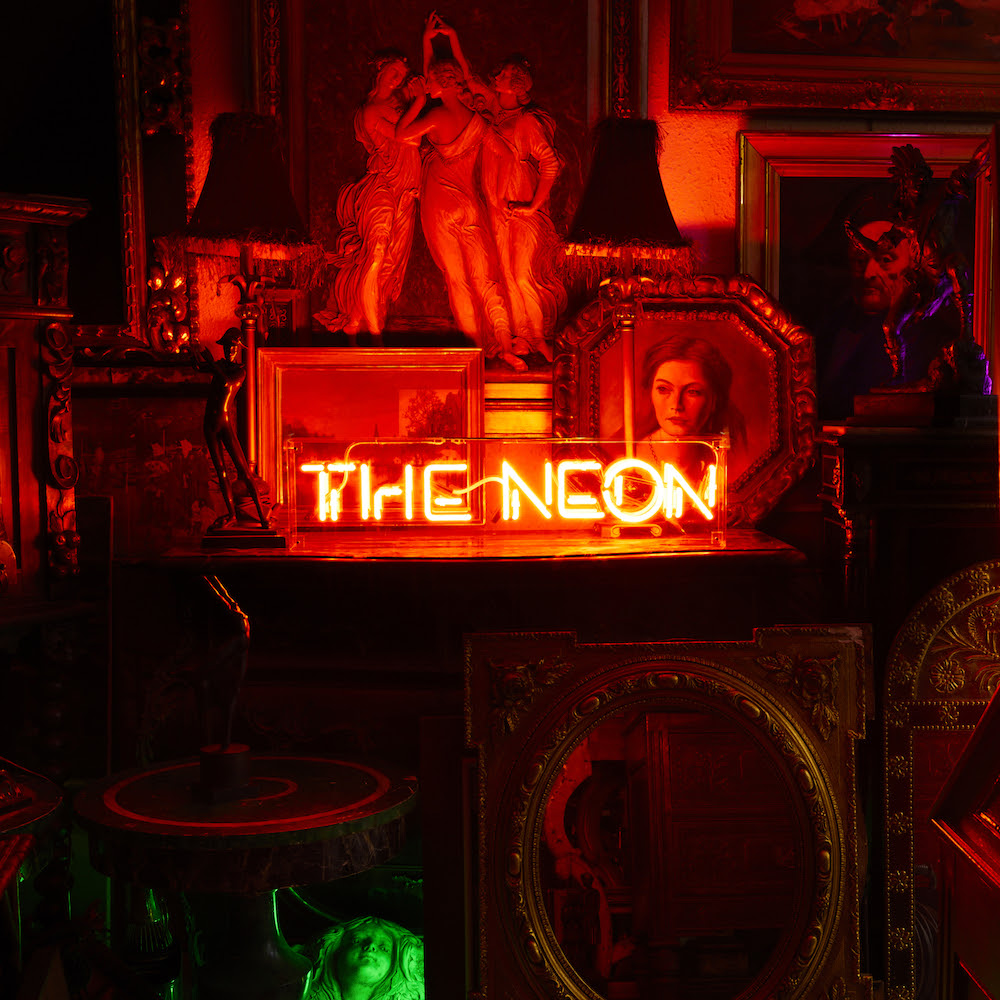 Never ones to rest on their laurels, our favorite synth superheroes Vince Clarke and Andy Bell have followed 2017’s reflective World Be Gone (plus its subsequent two companion releases) with what every fan would hope for: an upbeat and poppy return to the sound that made them famous. Mixing finesse with a genuine punk swagger missing from so much of today’s abysmal pop music scene, Erasure confidently return with their 18th (!) studio album, the lustrous The Neon.

Do you need evidence? Look no further than the throbbing call of lead single, “Hey Now (Think I Got A Feeling),” on which Clarke introduces crescendos of swirling synths around a defiant Bell, who immediately starts stating his position: “Destroyed all the rumors with a stick of warpaint” he cantillates, and you know these boys mean business.

But as joyous as the first single is, there are other worthy contenders that beg for single release. Part of the thrill of hearing a new release is picking which songs could be future singles and, in Erasure’s case, which of those beg for a remix. Second track “Nerves of Steel” is but one of arguably five potential choices. Having the distinction of being the most traditional, Erasure-sounding cut, it has all the elements of single status: upbeat but slightly darker synths, intriguing lyrics and a great vocal performance by Bell.

Secretly, though, I’m hoping for a rework of the luminous “Fallen Angel,” as its irresistible chorus plus all the above-mentioned attributes make it a serious contender for post-album glory. Likewise, “No Point In Tripping” is an obvious choice, with Bell once again strutting his words ebulliently in a way that conjures an image of his musical heroine, Debbie Harry. But when Clarke adds some great handclaps, and out of nowhere comes a background chant of “hey”s—which someone just needs to make a whole remix out of, please!—it is pretty captivating.

The punkish punch from Clarke on “Shot A Satellite” is nicely matched by Bell’s swagger. It happily never lets up. Only five tracks in, and it isn’t hard not to marvel at the duo’s continual ability to conjure up memorable melodies and choruses; contemporarily, it at times seems unmatched. Next, the cautionary, darker-tinged “Tower of Love” is a less standard ballad and more of a foreboding story/tale. It could have fit easily on World Be Gone.

But then comes arguably the best contender for would-be single: the early ’80s throwback sounds of “Diamond Lies.” With a wink to Sparks and Jane Wiedlin’s “Cool Places” in its intro and verses, “Diamond Lies” warps into its joyous sing-along chorus and achieves the distinction of being retro-sounding and modern at the same time. Maybe the Mael brothers could do a remix?

Along with “Tower of Love,” the hopeful and gorgeous “New Horizons” is a pure Erasure ballad. With a tinkling of piano keys, Bell’s layered vocal is buoyed by a true optimism, and the musical arrangement is rather lovely with its continued minimal keyboard structure. In some ways maybe this is also the most traditional Erasure-sounding track alongside “Nerves of Steel” for this song cycle.

“Careful What I Try To Do” represents what has always been the band’s secret weapon: the mid-tempo banger. Its bridges are especially effective, with Clarke’s casio-like synths highlighting another fine Bell vocal performance. Speaking of that honor, closer “Kid You’re Not Alone” is Bell at his very best, vocally. His upper range is on astonishingly delicate display here. “What a charming lesson learned tonight / A heart upon the sleeve worn like a scar,” he confesses to a younger version of himself as the chorus lifts him to that divine upper range again. With a voice that continues to surprise and delight, it is simply a great closing track.

What our world needs right now is artistry like Clarke and Bell’s, a pair who not only have never really slowed down in their 35+-year career but continue to make refreshing and optimistic popular music. The confident swagger on display here—alongside the very best elements of that illustrious past—is a refreshing breath of fresh air and reminds us of both the power and the joy that good pop music can bring. The Neon is full of sophisticated and confident melody structures and is executed so brilliantly that it seems Erasure aren’t ready to slow down anytime soon. Who knew the boys were such old punk rockers at heart?

With the state of all concerts presently in limbo, it seems our live road gladiators won’t be able to tour The Neon at present, but just thinking about the possibility of their live return could make any fan excited for the future. –Dean  O Hillis