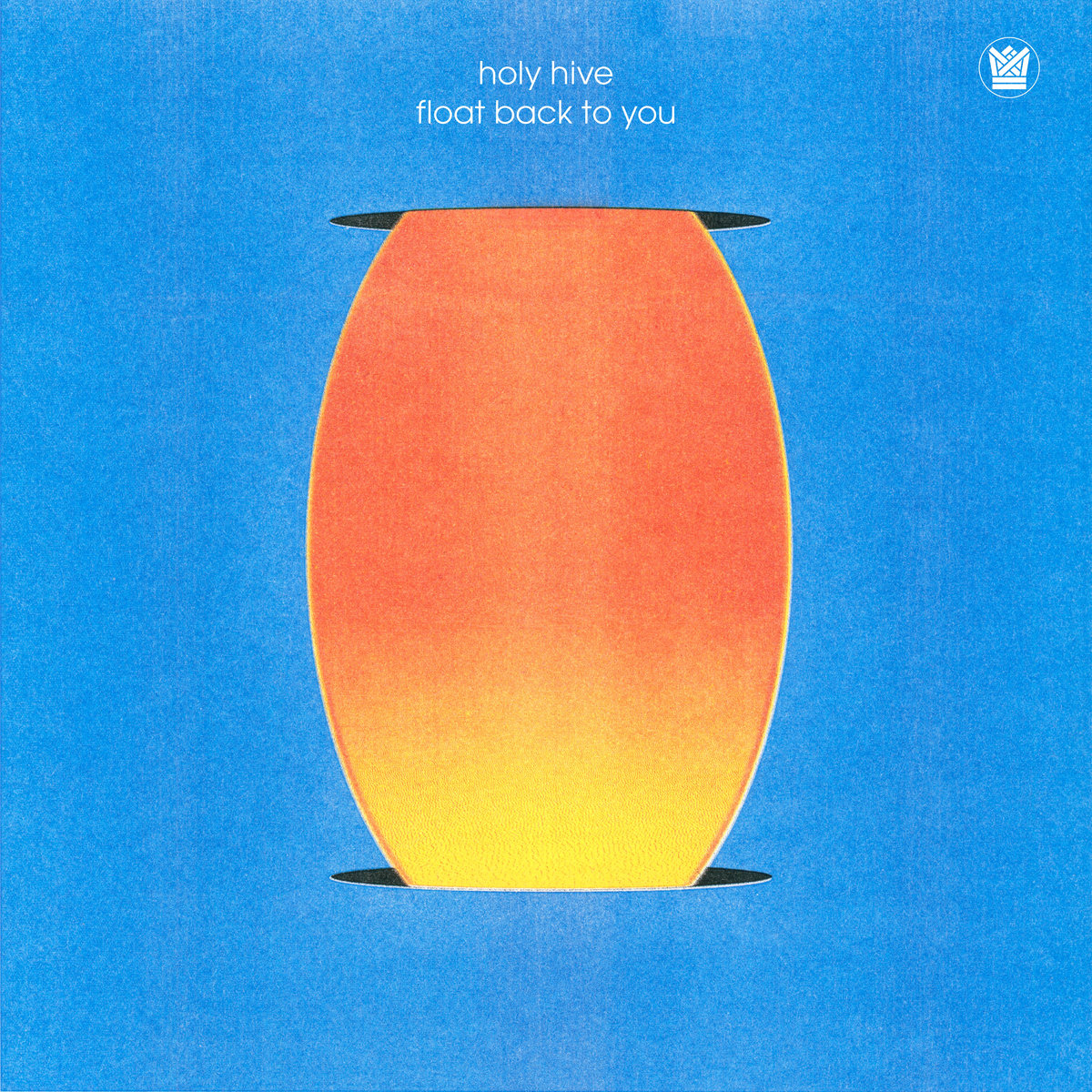 Holy Hive | Float Back To You | Big Crown Records

Review: Holy Hive – Float Back To You

Holy Hive Float Back To You

Coming in with a modern and nostalgic undertone to their sound is Holy Hive with their debut album, Float Back to You. Here, the trio of Homer Steinweiss (drums), Paul Spring (vocals) and Joe Harrison (bass) have a certain sweetness to them. Holy Hive manages to compose pieces that are familiar and new that bring soul, folk and love together. There’s something to like in each of the 12 tracks found on Float Back to You. I recommend putting this record on when you’re sitting in your backyard admiring the full moon—that’s how I listened to it and it was the best thing ever.

Float Back to You begins its journey with “Broom,” a track that reeled me in when I first heard it as a single in March. As it blooms, this track shows how far Spring can go vocally. Bits of trumpet are added to the chorus, and they shine the most, even if they aren’t played through the whole song. Another track that caught my ear was “Didn’t You Say.” If you listen closely, you can hear the use of brass highlighting the jazz-influenced vibe as Spring pours his feelings adding the sweet old blues with his harmonious vocals. The steady and catchy strums of the guitar result in the sound of classic rock alongside the quick-cut percussions and drums. I don’t think you can put Holy Hive solely into either a soul or folk genre box. There always seems to be more behind their sound, and this track highlights it.

My heart felt as if it were sitting on the fluffiest pillows that were nothing but safe when listening to “Be Thou By My Side.” Spring’s soothing vocals are the icing to the track. His voice and the tone of the song come off as comforting. It’s a vulnerable piece and makes me want someone to be my lover as Spring croons, “So why’d you lie? / Tell me you’re ready / I’ll be home tonight / I’ll be your lover.”

When I first heard, “Oh I Miss Her So,” I couldn’t help but compare the flutter of the guitar strings to the flutter of butterfly wings. The ironic thing is that the lyrics seem to match this feeling: “And she wants to fly away / To a bluer sky and sunny day / Oh I miss her so.” The transition into brass and what sounds like a harp near the middle of the track is pure elegance. It’s an alluring piece that Holy Hive incorporated beautifully into the track.

As we get closer to the end of the album, Holy Hive manages to change it up with “Cynthia’s Celebration,” the only instrumental track in its delicacy. This track shows that Holy Hive has a strong foundation when it comes to playing their instruments, as it is just as intriguing as the rest of the album. “Red is The Rose” has Spring come in with a bit of a stronger tone. You can catch a hint of some psychedelia accompanied by the sound of soft percussion heard here and there. I think this shows how modern Holy Hive is, yet how classic they can sound. This song could be released in a different musical era—such as the ’60s/’70s—and it would do great.

I found the last track, “Sophia’s Part,” to be a hauntingly beautiful song, though there’s ultimately nothing to be afraid of. There’s a familiar tone to it that I can’t quite put my finger on. It finishes with a voluptuous piano and drum solo that is somewhat rare to find out in music now. It’s refined and the perfect way to end the album.

The breakdown is that Holy Hive are masters of their own sound. I love Float Back to You, and I knew I was going to because of how easily I fell in love with the few singles that were released prior. It’s dreamy as it weaves through the notions of love that I can relate to. It’s indie; it’s rock; it’s folk; it’s soul; it’s warm; it’s comfortable. It’s so many things wrapped up into one and it’s simply a beautiful listen. –Kimberly Portillo