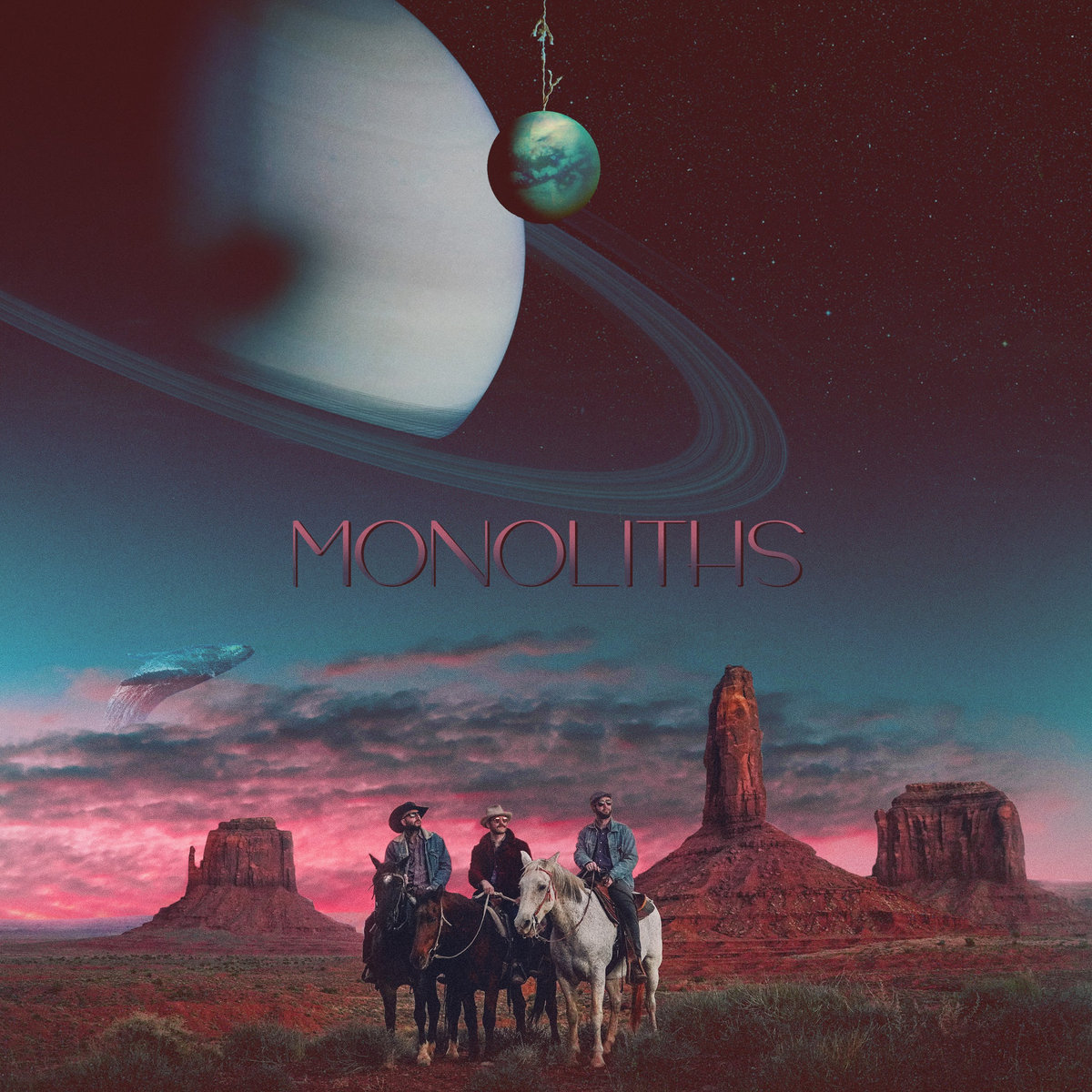 Crook & The Bluff | MONOLITHS | Self Released

MONOLITHS is the perfect name for the new album by Crook & The Bluff. The record is long, heavy and vibrates with an unsettling pulse. MONOLITHS is a 92-minute opus that took 1.5 years to complete—it doesn’t disappoint. CATB is primarily made up of Kirk Dath (vocals, guitar) and Darren Farnsworth (drums) alongside a revolving door of musicians that helped build the heft of this record. Crook And The Bluff are a psychedelic jam band that sounds like a soundtrack to a David Lynch Western. “I’m as safe as a hen in the Lion’s den,” Dath sings on ‘Booze Tooth.” Every song has a little bit of unease and tension—like the nervous calm before a fight breaks out.

Dath sings with an electrified strain that keeps you on edge, a vocal style akin to a spooked rattlesnake. He turns his guitar into a lit match that sets every track ablaze, especially when the musicians leans into that echo-in-a-tin-can hollow whine. Dath is equally matched by Farnsworth’s wild and unpredictable drumming. Farnsworth delivers slowpoke drum rolls that take off in a gallop at unpredictable times. The drumming at the end of “G.T.T.” provides one of these out-of-nowhere treasures, and it simply kills.

The haunting slow roll of “Ballad of Blue 52” shows the far reach of Crook And The Bluff. The track rises with soft piano groove provided by Adam Fifield. Dath’s guitar is blended with a delicious sax delivered perfectly by Mason Peterson. Not to be outdone, Gus Bogdanow slips in a trumpet and flugelhorn and turns the track into a multi-instrumental soup.

With most songs sounding like an Ennio Morricone–scored gunfight, the title song is a straight-up rock opera. “Monoliths” has a sick, sleazy and dusty groove that builds at its own pace. “Approaching Monoliths / An endless labyrinth of violent twist.” The lyric describes most songs on this record, but not this one. “Monoliths” is a prog-rock treat that moves like lava with violins cutting in to keep it interesting.

The 15-year journey of this record shows everything in its perfect place. The record never breaks its tone and never deviates from its plan. The storytelling draws you in, but it’s the instrumentation that Dath and Farnsworth surround this record with that make MONOLITHS a true kick-back-with-the-headphones-on experience—it’s worth every second. The next phase is to see this record played live. –Russ Holsten