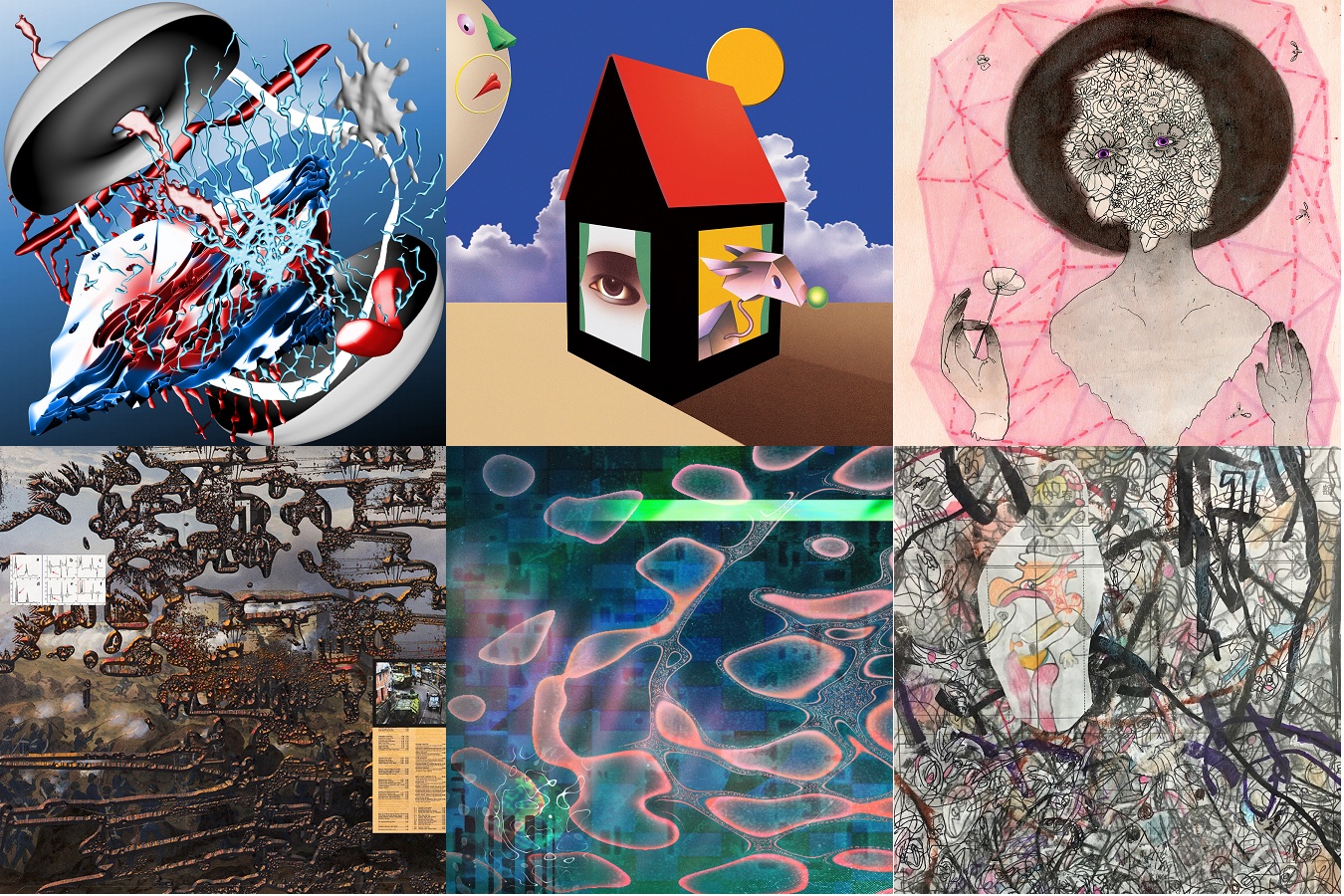 As we all began to collectively hunker down toward the middle of March, Chicago's-based experimentalist Max Allison took to his Mukqs project in search of a creative balm. For six weeks straight, Allison dropped a brand-new EP consisting of material recorded live that same week while sheltering in place.

These six releases (which Allison has agreed to loosely designate as The Quarantine EPs) provide a sustained inquisition into the artist's far-reaching musical work. They're a set of focused mini-experiments that present Allison’s music as a malleable world, a space where a few informing characteristics or concepts provide the basis for fascinating artistic exploration. Each EP runs right around 20 minutes in length and displays a distinct musical personality either through sound source, structure or tone. When taken as a whole, The Quarantine EPs shape into a loose, four-dimensional cube; six sides of an ever-shifting mass of electronic sound. 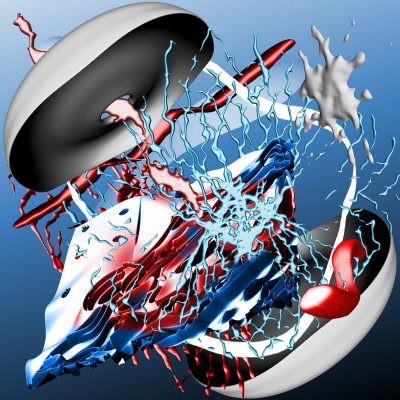 Anagylph, the first in the series, is a seamless piece as thick as molasses. Even if the general sound are smooth and lush, the music sounds as if it’s constantly stuttering, tripping over itself in an attempt to finish a phrase. The sweeping, wave-like motion of these rushes of electronic sound can often feel disorienting, especially when listened to on headphones, where Allison's extreme use of panning causes these sounds to literally swirl around the listener’s head, a traits that carries from the opening keyboard swells of "Seams" through the staggered loops that close " Decorate a Net Together."

Within this, each of Anaglyph’s movements bleeds into one another, giving the whole mix a seamless flow. Especially given the music’s laminar traits, this EP works best when taken as a long sip. Everything flows together like a river, a ride with peaks and troughs, rough terrain and easy downstream floats. The majority of "Blushes" bubbles along with high-register blips and fragments of a melody, while the following track, "Abounded" turns toward creaking dissonance, an unsettling turbulence driven by gentle rocking that verges on tipping over.

Contained in this whirlpool of sound lies one potent moment of melodicism. Halfway through the squelch of “Plum Monsoon,” the electronic torrent recedes, leaving only the distant hum of canned storm sounds. Atop this natural soundscape, Allison layers a simple, singing keyboard melody. More than just a melodic respite from the chaos, this snippet also suggests that similar material lies within the layers of Anaglyph. Each mysterious brew within these 20 minutes isn't as hermetic as an initial dip might suggest. The refreshing blankness of the latter half of "Plum Monsoon" is but one example of the careful construction at the heart of the swathes of sound. 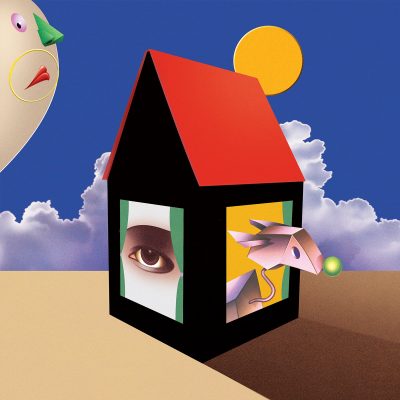 If Anaglyph turns Mukqs’ glitching loops into oblong clouds of sound,  Specular is the jagged hail that descends from these masses. Here, Allison focuses more on sporadic jolts of sound and distinctive arrangement, such as the rattling, metallic percussion that underlies opening cut “Imprints” or the fucked MIDI jazz of “Spin Cloth.” The latter track is one of the highlights of all 6 EPs, a delirious throng of disconnected interplay led by the ping-pong of the faux string bass. It's relenting in its absurdity, a commitment to the bizarre that thrives in its balance between the very familiar (the cliché sounds and gestures of jazz) and the alien (Mukqs).

Even just two releases into this series, it’s clear that Allison is thinking of these EPs as singular, 20-minute pieces as opposed to one-off sets of tracks. Specular is one of the best examples of this thoughtful cohesion. These first three tracks offer distilled chaos, a feeling Allison potently discards for the EP's concluding cuts, “A Looking Glass” and “Metope.” The former is a warbling piano ballad, the latter a breezy piece of ambient techno. Given the swirling mix of sounds that seems typical thus far, these almost beautiful compositions stand out all the more. After being thrown headfirst into Allison’s warped world, the back half of Specular lulls you in deeper through gentle singing. 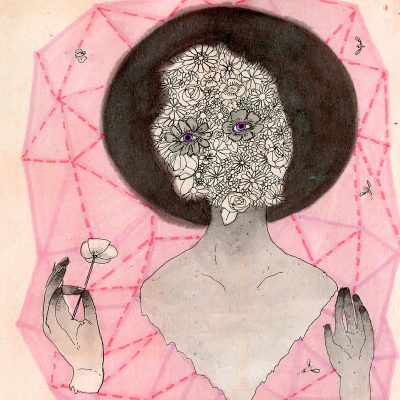 Among Allison’s usually sparse and factual album notes, Choronzon contains one distinct statement: “Rest in peace Krzysztof Penderecki.” The preeminent classical composer had passed just days before the release (and likely the recording) of this EP, and this framing informs the enclosed music: Choronzon is literally bookended by two tracks that seem to pay direct homage to Penderecki’s signature string clusters. “Lilium Interspinus” and “Self Portrait as a Drowned Man” ride hellish bits of thin harmonies, introducing and sending off this work with grim fire.

Within these posts, Allison explores something closer to Penderecki's brand of European classical music, filtering ideas of timbre, tone and orchestration through the minimal electronic gear that Allison relies on. Compared to the fullness and bombast of the first two EPs, the music here feels especially spacious. “Overcontrol” features a choir of eerie MIDI voices, leaving no floor for these ghosts to rest on save faint timpani booms at the start and close of the track. “Möbian Void” reaches equally chilling extremes of dissonant sparsity, bouncing a bumblebee-like keyboard melody atop a low, grating drone to wonderful effect.

Especially among the electronic music exploration of this set of EPs, Choronzon’s engagement with the sounds, structures and styles of live music feels potent. Here, Allison picks up the question asked by a number of musicians since the dawn of electronic music: What does composition and performance mean separated from the physical group practices that have defined these words for centuries? A one-person orchestra has never felt as significant as it does now, and Choronzon reimagines the expanse of its dedicatee with a single set of hands. 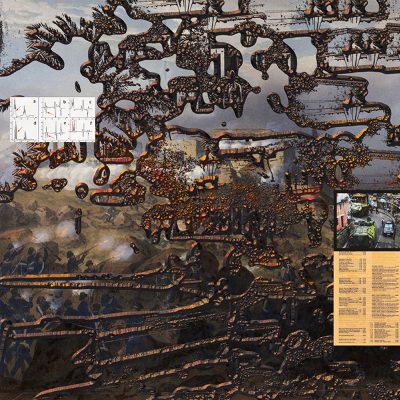 Four EPs into the series and Allison hard-lefts straight into almost purely beat-driven bangers—or so it seems from the opener, “Ephemerol.” The track immediately dives in with a minimal, 4/4 groove, over which Allison layers industrial pings and synthesized melodic sweeps. Just around the 4:30 mark, the track bottoms out and shifts focus. In the span of a half-second, the opening’s driving beat melts and remolds into an impossibly sweet bit of electronica. It's a single moment unlike any other on The Quarantine EPs, a gesture that speaks not in its elongation or combination, but in its sheer exactitude.

After this point, Deludanoid gradually disperses into less immediately hard-hitting territory. In keeping with the careful sequencing across all these EPs, the three tracks following “Ephemerol” present a steady departure from the  beat-driven peak of this opening track. The galloping kick drums of "Warning High Cube" thump under a soaring synthesizer with ease, but the always-rushing-always-dragging snare hits in the left channel add a layer of unease to the flight. "Sunako Derby" flirts with club rhythms not unlike those heard on Príncipe's releases, only for its fatty bass and drums unravel into airy MIDI flutes and chimes

By the time you reach “Before Icefall,” the transcendental repetitions of the opening tracks have dissolved back into Mukqs’ traditionally jagged territory, with barely the semblance of a computer blip melody weaving in and out of otherwise stuttering percussion loops and glitches. It’s still more dance-friendly than anything on the previous three EPs, but the characteristic jitters has fully infiltrated whatever smoothness may or may not have existed at Deludanoid's onset. 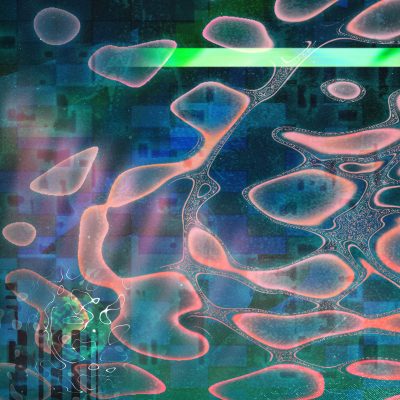 Even against the delirium of Anaglyph, Frieze emerges as the most cryptic EP here. From the opening seconds of “01 rc_9J” on, rarely does Allison let a sound breathe for more than a few seconds, if that. Skips, cuts, glitches and pops are the defining instrumental make-up of this album, so much so that listening seems an exercise in having the rug pulled out from under your feet.

Buried within and beneath this glitch approach, however, lies some of the more tender harmonic writing found in The Quarantine EPs. There’s little focus on percussive rhythms or melody here, exchanging their place for an investment in layers of synthesizer pads and drones. Particularly notable is the warmth that runs through the midsection of “w[Gd_,” a pleasant haze that sparkles like little bits of digital dust. The closer, “xg.=Y,” departs from synthesized bliss and delicately laces in the remnants of cymbal taps and a kick drum in order to spark a bright sheen. If the tone of Frieze initially feels distant or overly fractured, these moments assert that there's an emotive elegance at the core of each halt or false start.

Arguably, Frieze’s shining and defining moment comes one-third through “J(Q{u.” Mixed into spaced-out hunk of sound lies a loop of rapid, pattering percussion. Over their shifting repetitions, these sounds begin to resemble light rainfall. The sonic atmosphere across this EP always hinges on abstract world-building, but here is a single instance where it truly feels like Allison has conjured a unique ecosystem out of his music. The glitching hesitation of Frieze’s tracks might seem the farthest thing possible from the naturalism of traditional music-making, but this one passage is a microcosm of Allison’s twenty-minute rebuttal to this erroneous supposition. 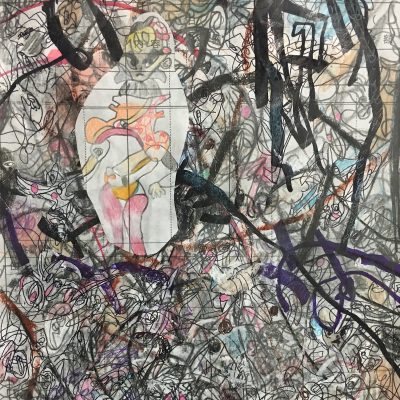 Coincidence or not, Antistatic does feel like a potent cap on (at least the first wave of) these EPs. Here, Allison presents what I’ve come to feel is the definitive Mukqs sound: Rapid, scattered percussion mixing, a seemingly bottomless well of samples by turn frightening, funny and disorienting, and a healthy dose of kosmische ambience baked into the seams of these ruffian tracks.

Opener “Lemmelone” introduces this chaotic approach to electronic improvisation immediately. The drum sounds bat across the mix like gunfire before a menagerie of sampled voices (mostly shouts and grunts) descend in and add to the confusion, an atmosphere that the track sustains for its runtime. Overall, Antistatic returns to the seamless linearity of Anaglyph: These tracks don't immediately denote any progressions or structures, rather they thrive on the power of a multitude of moments. Against the everything-at-once sound design, picking out single bits is a matter of happenstance. The entrance of the boxy synthesizers after the midpoint of "I Spent My Stat Points Wrong" stands out as a pleasant switch-up from the track's echoing skittishness; the mess of slashing percussion across "Biofouling" drives the music through a rapid succession of energetic high-points, each one a blast of unfiltered eruption.

But these are just a few one-off examples of particular highlights found across these tracks. The music speaks the most when allowed to flit along in its maze of detours and winding paths, when you're able let these bits of dialogue stand out through their own languages. This leg of Allison’s style might be one of the hardest to ease into at first encounter, but these tracks provide some of the most awe-inspiring music heard across these two hours. Listen to Antistatic ten times over and you’ll still be playing mental catch-up alongside every gesture packed into this set of music. –Audrey Lockie