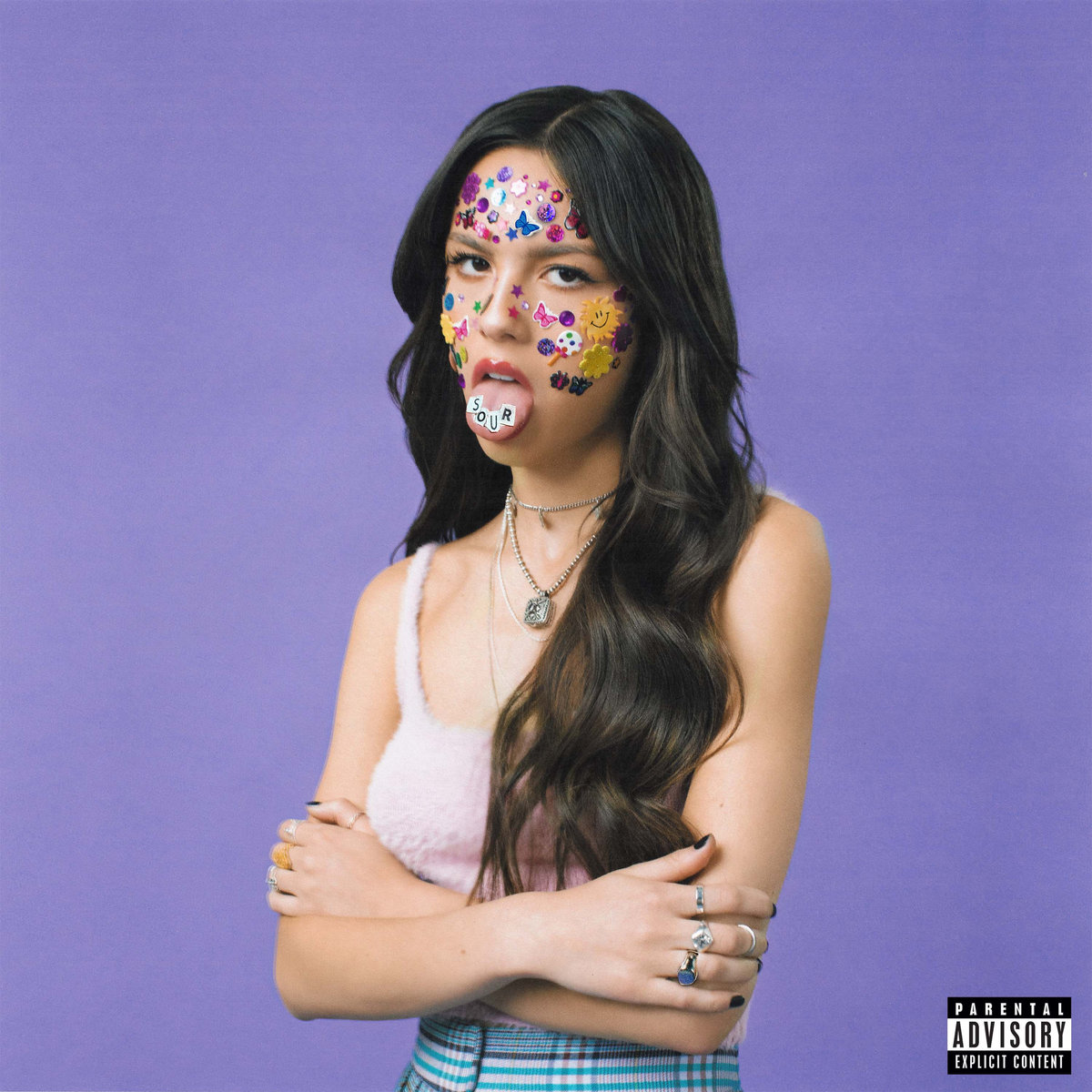 It seems like almost overnight that actress and singer-songwriter Olivia Rodrigo went from nearly unknown to a chart-topping sensation. Her first single, “Drivers License,” needs no introduction after spending three weeks in the number-one spot on the Rolling Stone Top 100 Songs chart. By now, Rodrigo’s crooning vocals, paired with her heartfelt lyrics and the buzz across all social media platforms, has cemented her as an official popstar. (A recent stint on SNL doesn’t hurt either.)

Her debut album, SOUR, dropped in late May, and the 11-track record embodies the same thing her lead single did—an emotionally observant young woman who, despite and perhaps because she’s had her heart broken so publicly, is able to recreate and re-channel the energy from those emotions into songs that anyone, regardless of their age, can relate to. Because, yes, at the core of this album lies one central idea: Rodrigo has been betrayed, is heartbroken and is learning how to cope with the fresh, deep cut of a first love lost. It’s a theme that’s present on and the inspiration of almost every song on the record, but that’s not all it is.

Take the album opener, “brutal.” It’s a hell of a song to start an album with, but if you were to rearrange the tracklist, it wouldn’t hit the same, and it also doesn’t set the tone for the entire album—it really is brutally candid and honest. It’s a pop-punk-powered teenage angst track that everyone can relate to. When Rodrigo sings, “They say these are the golden years / But I wish I could disappear,” it’s not just for every teenager out there (who, most likely, knew about her far before the rest of the world did)—it’s a uniting anthem for lost 20-somethings, too. SOUR is, like the opening lyric wishes, a messy collection of emotions, thoughts and ideas. And it’s perfect.

This song and the album closer, “hope ur ok,” can be considered outliers in comparison to the rest of the album, since “brutal” has more of a concrete, edgier sound to it and “hope ur ok” centers more around stories about people Rodrigo has encountered, rather than herself. The other tracks are all ballads, and they tend to scatter across a spectrum of handling heartache, ranging from undiluted bitterness (“deja vu,” good 4 you,” and “traitor”) to exhaustive nostalgia (“favorite crime,” “enough for you,” “jealousy, jealously.).

While Rodrigo fills most of these tracks with specific lyrics geared towards the person responsible for her own heartbreak, there is, again, something universal about them. “enough for you” is a battle of insecurity that everyone has faced, in a relationship or not. “jealousy, jealousy” is another track that hits hard with 20-somethings who are guilty of doom scrolling through social media. The raw “happier” captures the struggle of wanting the best for someone who destroyed you.

My favorite song from the album, “favorite crime,” is the most stripped down and acoustic; it’s the perfectly haunting combination of regret and nostalgia. The bridge is powerful: “It’s bittersweet to think about all the damage that we’d do / ’Cause I was going down but I was doing it with you.” The ending of the bridge, “But I say that I hate you with a smile on my face,” echoes the ending of the song “’Cause baby, you were mine” in a sort of parallel moment. While the bridge is fast-paced, almost like spoken word poetry, the ending line is a breathless whisper. The tones of both parts are different, yet the mood is the same, leaving the listener thoughtful and heartbroken for what was lost all at once.

As a whole, SOUR indicates exactly what its lead single did months ago: Rodrigo is a gifted lyricist with an eye for emotional depth and the ability to turn her personal experiences into something anyone can relate to—perhaps the most successful indication of a pop musician. Her vocals are magnificent, and like any artist just starting out, there is room for improvement in her work and the development of her sound—production and instrumentally, the debut feels careful, and I’d like to see her take more risks and land successfully as “brutal” does. But I see SOUR as a launchpad for Rodrigo’s growth not just career-wise, but emotionally too. Like other young stars before her, she has potential, but what sets her apart is her wisdom—the same wisdom that permeates through her lyrics. –Palak Jayswal