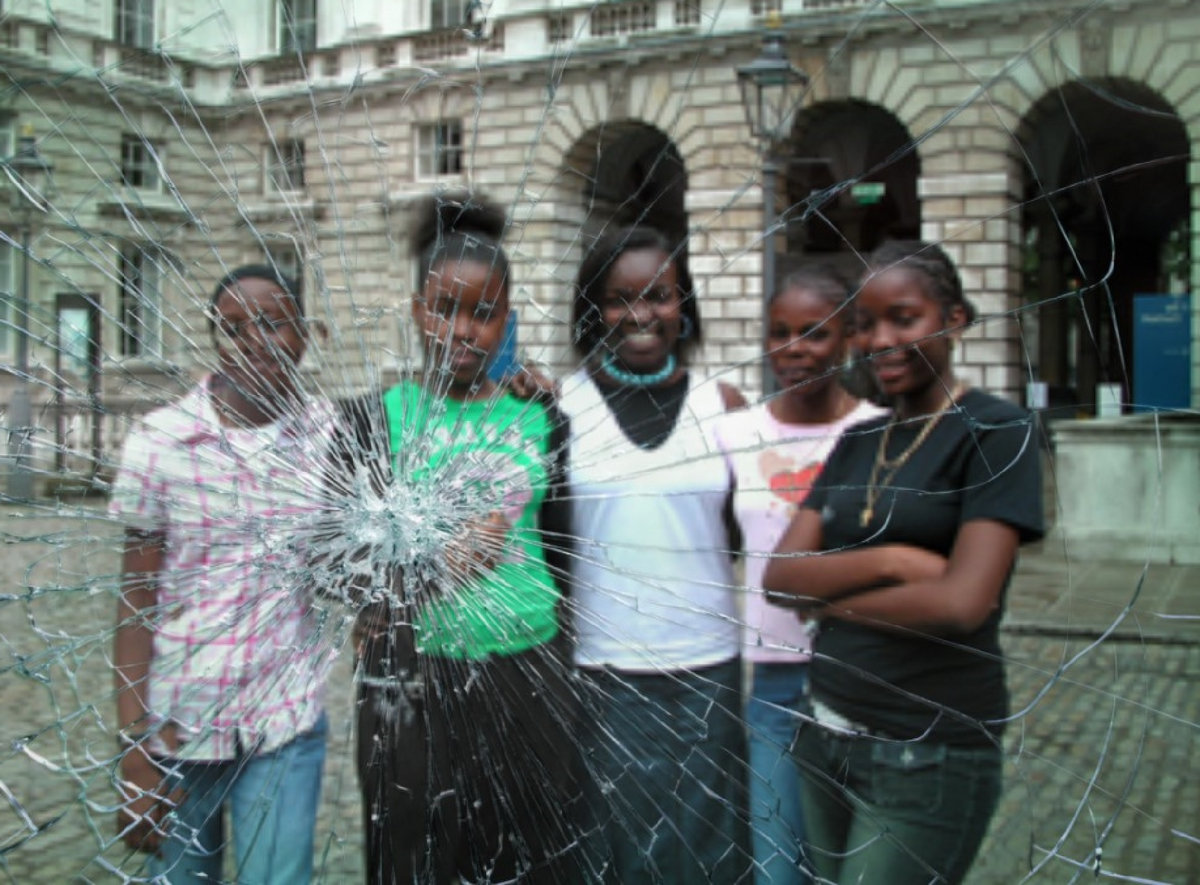 Klein … How do you even explain her kind of music? Well, I guess I’d compare her method to the concept of world-building, creating a machinery of musical layers that stack and stack on top of each other as opposed to the act of unfolding and peeling. Raised in a spiritual family, the British-Nigerian experimental musician was born in South London and was back and forth from London, Los Angeles, and Lagos growing up. Now based back in London, Klein has kept busy, self-releasing both her 2019 album, Lifetime, along with the newest, Frozen. But she initially gleaned her prestige status from 2016’s Lagata, which if you haven’t heard, I suggest you find it now on Bandcamp and thank me later.

This ambient-grunge collage that is Frozen begins with “when jesus says yes, nobody say no.” The song seems to start off with the noise of footsteps or subtle knocks on a door, as Klein’s elongated vocals transcend into beatboxing. The track’s dark and pungent tenor is like eating a mouthful of sour pomegranate seeds, having her awry, yet palliative voice still ringing in your ears.

Moreover, Klein’s infectious mess of mixing brings out her adept style in “care about us,” which is followed by the fifteen-minute, standout piece “U got this”: complex, eerie, ambiguous and fascinating all at the same time. The rash of textures Klein repetitively manipulates has you wanting more, even if the song is basically an extended loop. It’s quite captivating and I don’t know why. Hell, here I am listening in an empty coffee shop while eating a shitty turkey wrap that has too much mayo, wishing nothing else but for “U got this” to keep going ceaselessly. But alas, the rusty guitar riffs finally come to a close, relieving my head at the end.

The fourth track, “another dust,” has both a gritty and meditative nuance that shows off Klein’s overflowing, gospel-like voice at a constant rate. Then, the album takes a total turn with “grit,” making the noise almost unbearable to listen to. However, of course, sometimes we need to be uncomfortable and feel unsettled.

Later, “mark,” is by far the most powerful track. It’s a tribute to Mark Duggan, a man who was murdered by a London cop in 2011. The 11-minute song is complete silence for around 8 or 9 minutes. Undoubtedly, it’s audacious and striking, as well as relatable to our own continued injustice and inequality here in the States. This quiet moment truly makes you think about our upside down world and why society seems to be a serpent devouring its own tail.

Ultimately, there’s something modest and disturbing about Frozen. It’s different; it’s good, and above all, I’d love for people to give it a try. Will you play it on repeat? Most definitely not. It’s a dense album, and I recommend listening alone at night. You can expect Frozen to give you noise that resembles noise, and hopefully, you’ll be changed by it. –Kassidy Waddell