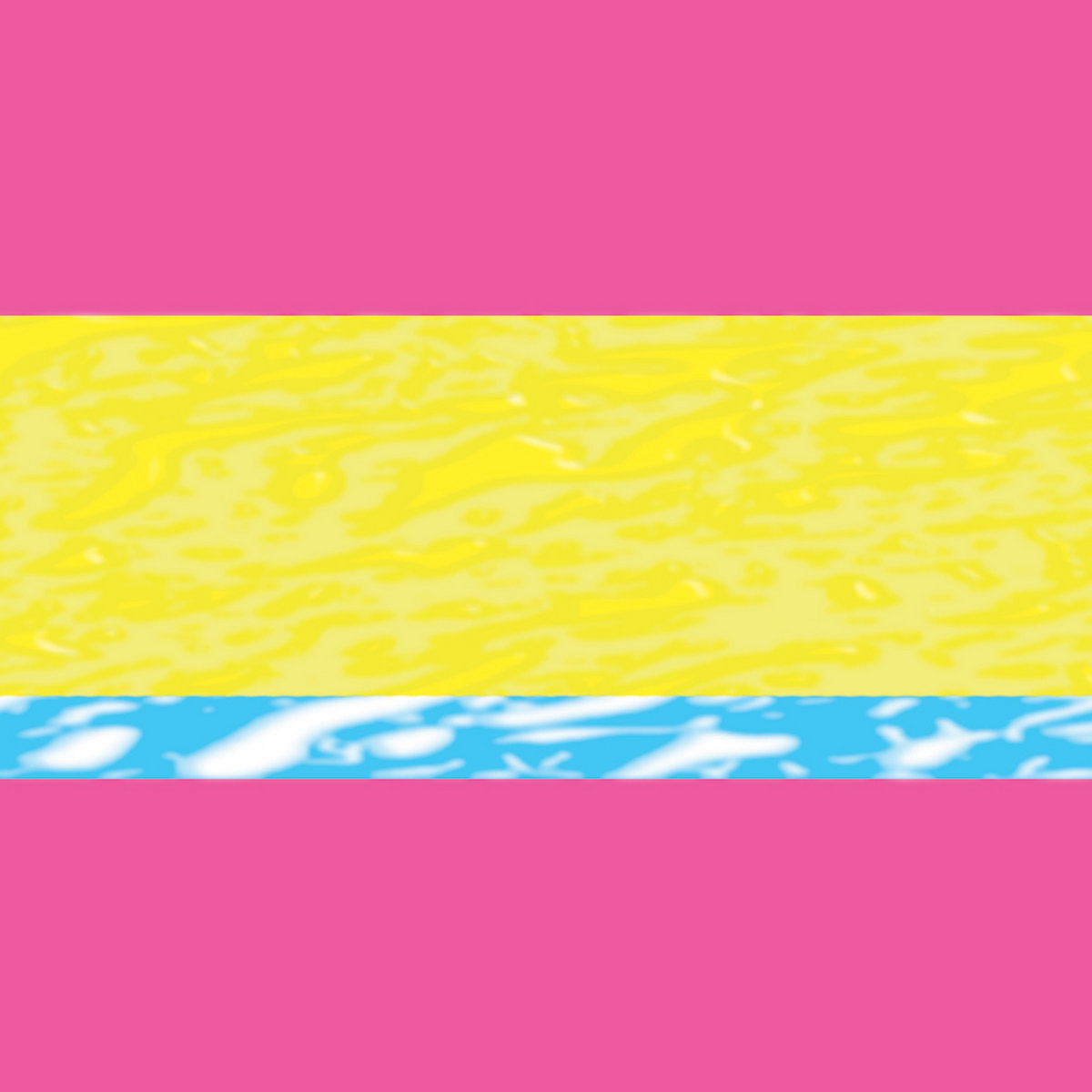 If you listen to that one sound—it might be the hum of traffic out of your window, the grind of your breaking-down refrigerator—closely, the simplicity of its natural oscillations opens up. A well of meaning lies between each crack. On the new split from Texas-based experimentalists claire rousay, more eaze and Wind Tide (the duo of Andrew Weathers and Gretchen Korsmo), the secret life of sounds opens up into full-throated vocalizations—whether that means placing the bare beauty of these tones on a pedestal or using them as a base coat for florid, impressionistic paintings.

claire rousay and more eaze’s track, “she’s literally fine,” works in a three-part structure, with two sections of concrète bookending a breezy, melodic midsection in a similar vein to rousay and more eaze’s if I don’t let myself be happy now then when? or other New Computer Girls Ltd. releases. The track slowly emerges from silence, with each new addition adding another layer to the mismatched sculpture. What starts as barely audible metal scraping exacerbates itself into a fervent scuttle; gentle metallic plinks serve as a rhythmic foundation for the track’s pull into its “song” section. As is regularly the case with rousay’s music, pinpointing the origins of these real-world sounds proves a futile exercise. The spectacle comes precisely from the way the many manipulations—snips, cuts, loops, warps, etc.—she and more eaze employ construct new sounds; snippets of frequencies that feel like they come from our natural world, but digitally tinged just enough to feel unsettling.

These spine-tingling bits of collaged composition make the eventual ascent toward a(n almost) proper pop climax even more enthralling. Backed by jangling bells and a choir of humming electric angels, the lead vocalist’s pitch-shifted, auto-tuned lament soars toward the heavens before it recedes into jumbled, diatonic piano arpeggios and—eventually—back toward ASMR rustlings that resemble the opening. The ultimate allure of “she’s literally fine” lies in its symbiotic merging of these contrasting sections, pushing together two individually unique approaches and balking at incredulity. Though instead of sounding like a belabored amalgamation of disparate parts or an elongated journey between distant poles, the flow from canned environmentalism to heart-on-the-sleeve synthesizer bliss and back feels like the only logical forward; like the effervescence of the peak is simply the  full blossom of the sonic seed that opened the track.

If “she’s literally fine” uses alien sounds to construct something that, structurally and emotionally, flirts with recognizability, “Room Tone Piece” pursues the opposite and uses sonic simplicity to build novelty. Though the samples still exist without definite origin or reference point (save a few clues in the liner notes), Wind Tide’s focus on woodsy acoustics gives their sound world a graspable physicality. Even if you can’t precisely proclaim that the clatter around 5:00 is the rush of clacking pool balls (but I’m really, really pretty sure it is), there’s a sensational relatability to the intonations. More than you can see the object being struck, you can feel the striking—the vibrations rising up through your arm upon contact with the wood, the dry, tingling touch of each material.

But where “Room Tone Piece” gains its psychedelic analog to rousay and more eaze’s world-building electronic alterations is in its commitment to depth and space. Wind Tide mix their percussive collage together with a host of careful dynamic control and spatialization, providing the piece a literal, tangible depth. As Wind Tide sink into the cluttered chaos of the piece’s peak, the flat recording opens up into a three-dimensional space, each clattering sound wafting in from a different corner or hidden nook of its source room. Wind Tide ground “Room Tone Piece” in the firm, dull echo of reverberating wood. But the inches between stick and surface, that sound up there and the one down here, feel like miles.

Though vastly different in perceived intent and eventual effect, “she’s literally fine” and “Room Tone Piece” share a unique relationship to sound built of equal parts control and empathy. As much as these sounds re-appropriate their own purposes and erase authorial identities, they in turn give voice to the simple honesty of their vibrations by savoring the inherent meaning of their own vanishing history—what they speak isn’t a matter of how or who, but what and why. –Audrey Lockie