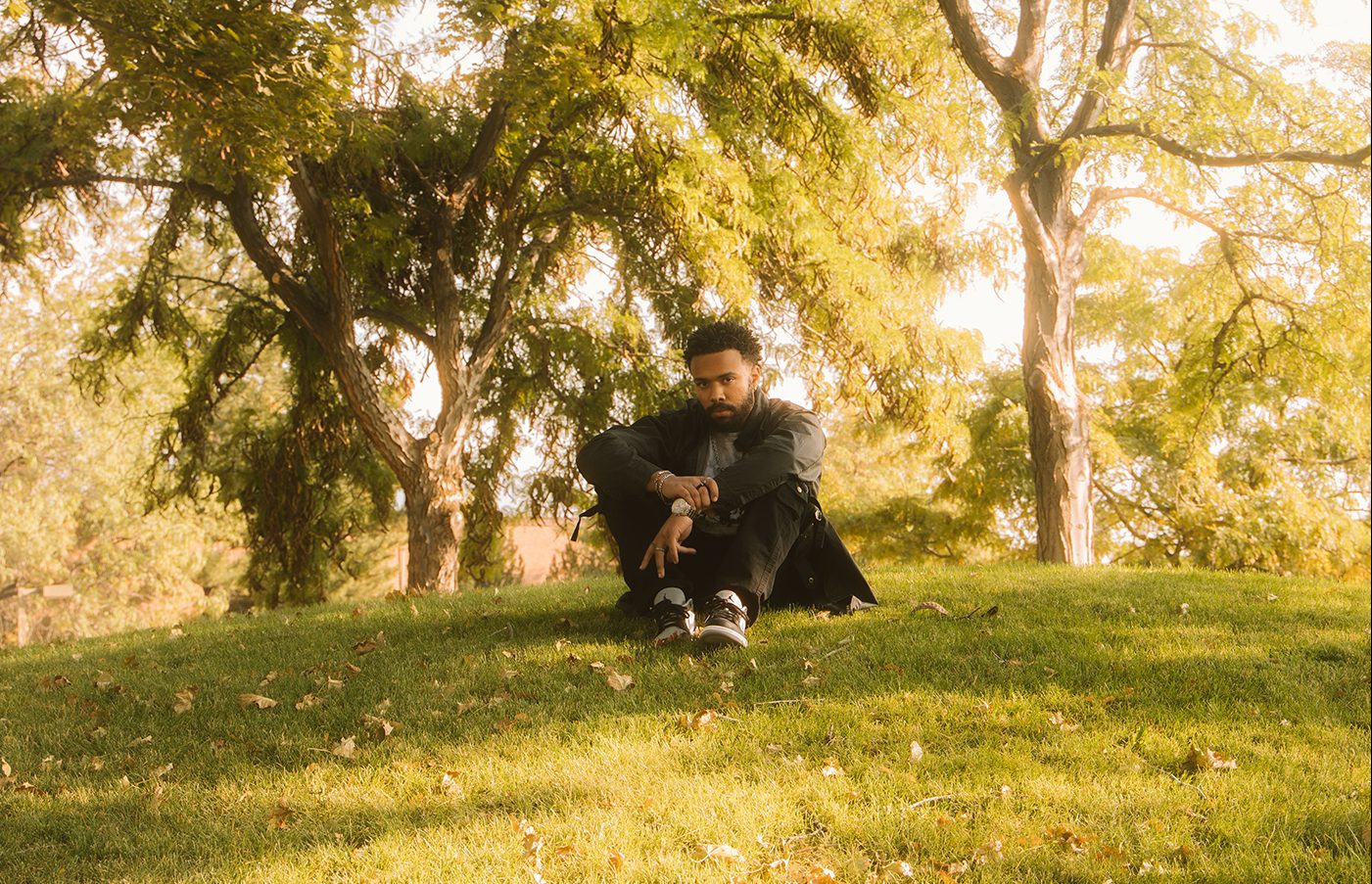 SLUG Mag’s January Virtualized: An Online Concert Featuring Utah Bands features Ben Ra, $liing and XDX, three talented local musicians who can’t wait to turn up with you from the comfort of your own sofa, bed, shower or wherever you may tune in. Both artists create high-energy rap music, drawing on both local and international inspirations to create some amazing songs. Both are putting in the work to put SLC on the map when it comes to new rap. Check out Virtualized Jan. 22 at 8 p.m. on SLUG Mag’s YouTube Channel.

June 2013: Barack Obama is in the White House, “Thrift Shop” by Macklemore & Ryan Lewis blares on radio stations across the country, and Kanye West’s studio album Yeezus has just dropped. The album is experimental, the sound is new and unique—different from Kanye’s other work. All the while,  Ben Ra, a musician observing from inside his home in Utah, becomes inspired.

Ben Ra saw something in his favorite artist that was new. Yeezus didn’t carry the traditional Kanye sound. It was experimental and groundbreaking. For a young musician  just finding his footing, it was the motivation and inspiration he needed. “I said, ‘I wanna make something like that,’” Ben Ra says. “Not replicating, but  experimenting with music and trying to push my own boundaries with production and sound.”

“I learned to start accepting me for who I am and stopped looking for approval from people [whose] opinion/beliefs hold no weight or influence on my life.”

Seven years after this point, Ben Ra has developed into a well-polished, committed and creative musician. His SoundCloud hosts an eclectic blend of sounds, fluctuating from classic hip-hop to more modern, auto-tuned ballads that escape a distinct genre. A producer as well as rapper, Ben Ra layers his vocals and beats in a way that makes him stand out as an artist in SLC. And for the Utah native, not fitting in has been an issue in his life. “I think naturally everyone tries to fit in, and I struggled with that for a while in my teens, because it wasn’t always easy,” Ben Ra says. “I learned to start accepting me for who I am and stopped looking for approval from people [whose] opinion/beliefs hold no weight or influence on my life.”

Ben Ra not caring what you think means his music is authentically his. His track “No Sailing” (which is an absolute banger and could easily be found on a “Rap Cavier” Spotify playlist) paints a picture of style and optimism, bleeding charisma throughout. He bounces along a self-produced beat with ease, his voice pleasantly auto-tuned. One lyric on the track really sums up Ben Ra’s view of himself, and what other people may think of him: “Gotta say that we the hottest in the whole town / How I juggle all this shit? / Man, you a whole clown.”

“Bijuu is my go-to favorite and, in my opinion, [the] most talented producer in this town. His creative mindset has inspired me from day one.”

Though there’s no official “hottest in the whole town” award for hip-hop and rap in SLC, Ben Ra is definitely up there. When it comes to the local-music world, Ben Ra says he mostly keeps his head down to focus on his craft. He says he’s most inspired by his friends and family, as well as accomplished artists from all mediums and locations, rather than artists in his immediate geographical location. “I don’t really pay as much attention as I used to to what people are doing in the local scene,” he says. “I will say that there are definitely a few artists I keep up with, but I never force feelings and don’t go out of my way to try and discover or be a part of that scene.”

When it comes to local collaborations, Ben Ra has done some, but likes to keep his circle close-knit, working with a handful of producers and rappers he respects and vibes with. “Bijuu is my go-to favorite and, in my opinion, [the] most talented producer in this town. His creative mindset has inspired me from day one,” Ben Ra says. “Idan Jene is an amazing artist and a good friend of mine. Younga$$ Nico is, bar for bar, one of my favorite lyricists, and we have plans to collaborate soon.”

“I’ve grown a lot with time and learned a lot from a technical aspect, which I think is reflected in the quality of the music.”

This year, Ben Ra’s been using COVID-19 and isolation to his advantage. Partly an introvert, he says he misses his friends, but everyone isolating has made him feel less bad about diving into his music in his spare time. Taking the time to dedicate himself to production has paid off for Ben Ra. He says, “I’ve dialed it in and seen big improvements from my own perspective, as I’ve spent a lot of time just creating.” As far as the creative process goes, finding inspiration is the same as before for Ben Ra. “I sit down and start making a beat by layering melodies, drums and instruments until I feel I can fit vocals in,” he says. “I’ve grown a lot with time and learned a lot from a technical aspect, which I think is reflected in the quality of the music.”

Ben Ra is staying tight lipped about what we can expect during his Virtualized performance, but if it’s anything like what he’s been producing recently and the shows he and his friends throw, you’re not going to want to miss it. Check out Virtualized on Jan. 22 at 8 p.m. on SLUG Mag’s YouTube Channel. You can find Ben Ra’s music at soundcloud.com/benraaa.