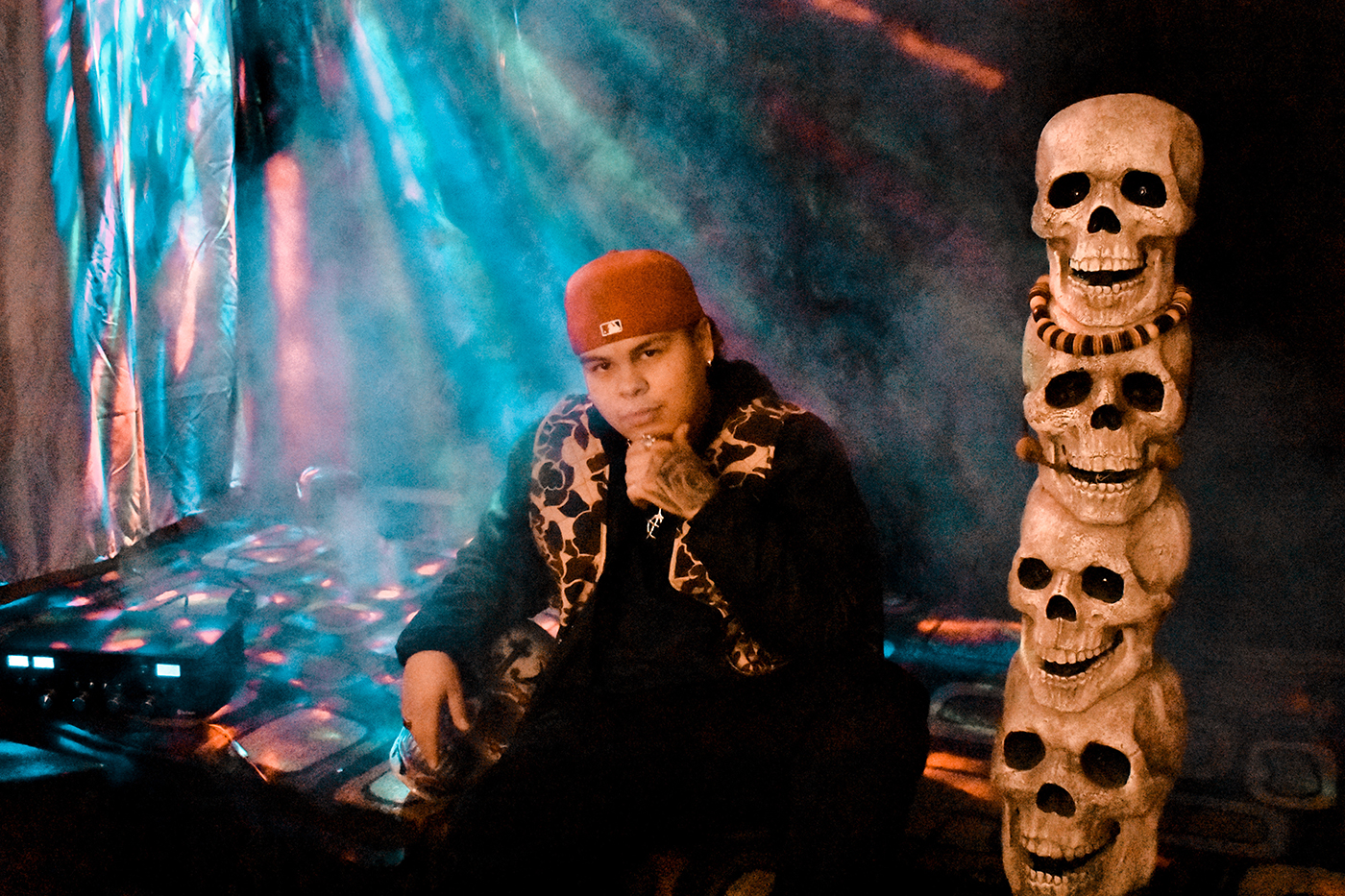 SLUG Mag’s January Virtualized: An Online Concert Featuring Utah Bands features Ben Ra, $liing and XDX, three talented local musicians who can’t wait to turn up with you from the comfort of your own sofa, bed, shower or wherever you may tune in. Both artists create high-energy rap music, drawing on both local and international inspirations to create some amazing songs. Both are putting in the work to put SLC on the map when it comes to new rap. Check out Virtualized Jan. 22 at 8 p.m. on SLUG Mag’s YouTube Channel.

Growing up as a kid in Utah, Bryan Rolon, who performs under the name $liing, remembers listening to Latin rock in the car with his mother. On the way to the grocery store or heading back from school, the heavy guitar and vocals would blare out of the stereos, shaping the young artist’s mind before he even knew he wanted to become a rapper. “From there, my passion for music grew and grew bigger,” $liing says.

Music in $liing’s childhood wasn’t limited to just car rides with his mom—when he would get home from school, his uncle would often camp out on various instruments in the living room, passing the time making compositions. “My earliest memory I have with music is seeing my uncle jam out and put together sounds,” $liing says.

“There was nothing better than putting on headphones and blurring everything out in the real world.”

The love of music and passion for creating $liing saw in his family when he was young helped mold how he viewed music. To him, it’s an essential part of life; an escape to take you out of yourself, to enjoy while driving and to relax after a hard day at work. “There was nothing better than putting on headphones and blurring everything out in the real world,” $liing says.

Now, as an adult, music is still a major part of $liing’s life. As a teen, he found a love for rap music, which grew exponentially until $liing started to make his own. Not only does $liing rap, but he produces his own beats, making him a full package. His style is unique and modern, utilizing trap beats and slight autotune to deliver hyped-up, bass-heavy music.

Like a lot of modern-day rap music, $liing’s tracks are perfect to get hyped to, and it will be hard not to dance along during his performance. New tracks like “Gelato” employ simple beats and breathless, heavily ad-libbed vocals that sound like the lovechild of Playboi Carti and Migos jumping on the track. Being the mature and developed rapper he is, $liing knows how to rap on tracks like “Gelato” and delivers a strong performance. In the song, he raps: “Drop in the spot / Pull up in Mercedes / We smoking on loud / Bitch a 380.”

“I remember seeing people [make music] so it motivated me to actually start doing it seriously. The way music made me feel back then is what I want people to feel with my music.”

“I love the scene and what it’s become over time,” $liing says when asked about rap in Salt Lake City. Whether it be in the studio or in the community rubbing shoulders with other artists, he says it’s important to prop fellow musicians up. This is especially true in a small place like Salt Lake, where one may not know how much weight one’s opinion has on younger musicians. “I remember seeing people [make music] so it motivated me to actually start doing it seriously. The way music made me feel back then is what I want people to feel with my music,”  he says.

As far as the rap game goes in Salt Lake, $liing says it’s still in its infancy for the most part, but it’s only a matter of time before a musician makes it big. “I like how everyone in the scene keeps working and pushing,” he says. “Someone is bound to take it to the next level.”

When asked what inspires him, $liing says he looks to the world around him for new ideas. Recently, he’s wanted to go back to his musical roots and has started sampling sounds from his earlier years, nodding to the music of his mother and uncle’s tastes that shaped him into the artist he is. “I really love to sample and create something new out of old pieces of art,” he says.

“I just hope this can all get resolved as soon as possible so I can get back to moshing and having crazy shows. I definitely miss seeing people rage to my music and just get loose.”

From short guitar samples to little vocal snippets, the music of $liing’s past can be heard in many of his tracks. Piecing sounds together makes music interesting and inspiring for $liing, who, after four years as a producer, still likes to keep things fresh. And when COVID-19 happened and parts of Utah were locked up, $liing took it as an opportunity to buckle down. While many people complained about not being able to leave the house, the rapper saw it as an opportunity to be locked away for a bit, alone, working on music. “COVID sucks no doubt,” $liing says. “Being quarantined this year definitely sucked, But it did motivate me to work 10-times harder, so for that, I’m not too upset about it.”

One thing $liing misses most are his shows. “I just hope this can all get resolved as soon as possible so I can get back to moshing and having crazy shows. I definitely miss seeing people rage to my music and just get loose,” he says.

Thankfully, we can all see $liing’s amazing energy in January’s SLUG Virtualized. And in the meantime, check out $liing’s music at soundcloud.com/damn-474747474. Virtualized takes place on Jan. 22 at 8 p.m. on SLUG Mag’s YouTube Channel.