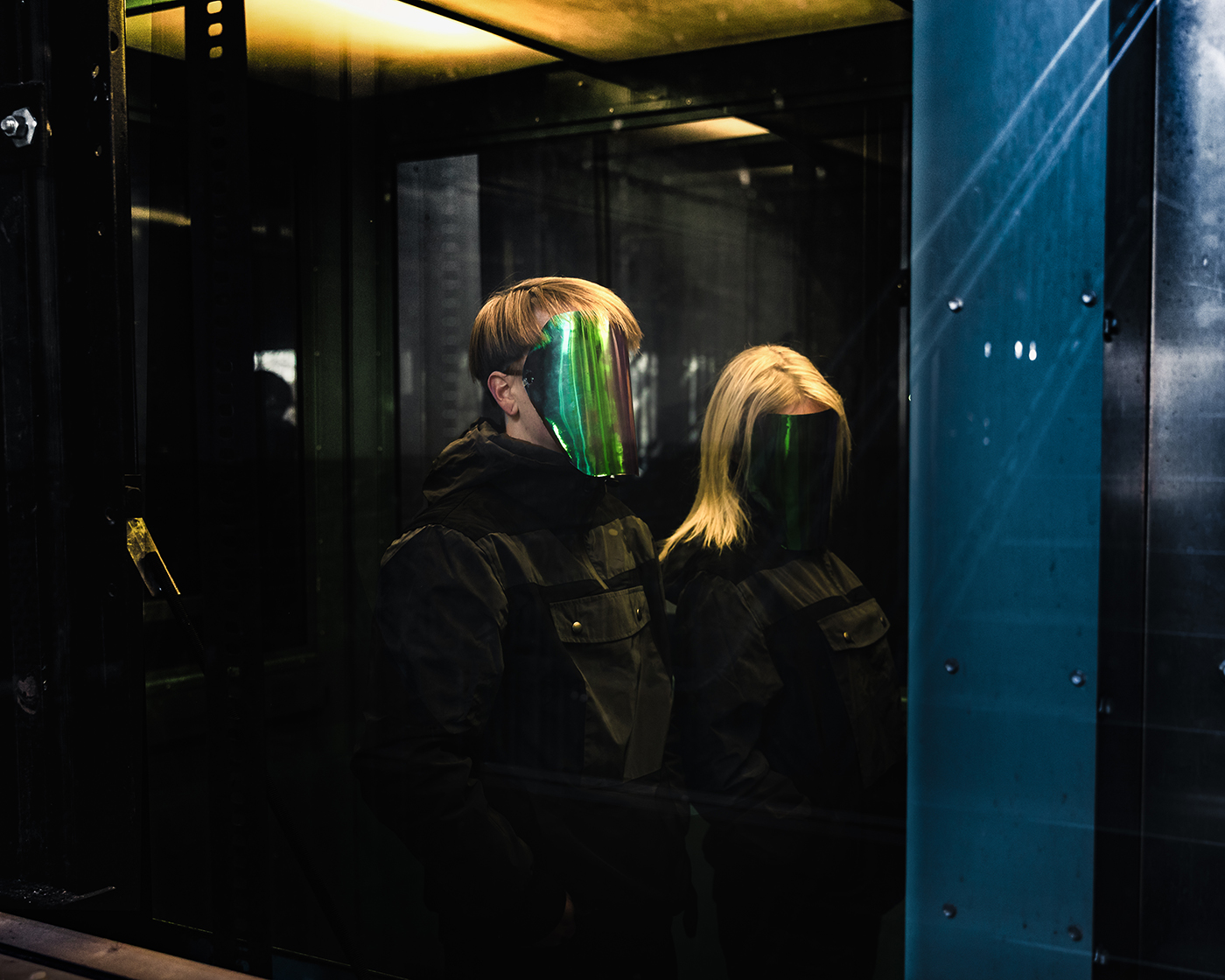 In the middle of March, SLUG Localized will meet the lion and the lamb at their crossing point. Between headliners Passive Refraction and Consumer Reducer and me, opener Connor Lockie, the night will bring three sets of encompassing drones, chilling noise compositions and an overarching sense of bleeding expression. SLUG Localized takes place on Thursday, March 12, at Urban Lounge and costs $5 at the door. Doors open at 8 p.m. and music starts at 9 p.m.

The masked duo of Passive Refraction consists of two people, JXX and JXY—though, when performing together, they view themselves simply as one single J. With their debut album just having been released at the end of January, the elusive duo has already made a name for themselves in the internet-based future-funk and vaporwave communities. With more music on the way and a potent, moving conceptual aesthetic, Passive Refraction are a treat bestowed unto the local electronic-music community.

Passive Refraction came about through somewhat unorthodox means. JXX was performing some keyboard improvisations as a means of music therapy, and JXY was intrigued by the sounds they heard and started recording. From there, the latter began treating and remixing the sounds from these improvisations, adding bits of field recordings and computerized speech until the music formed into a full album. “It’s like taking some raw material and turning it into something beautiful,” says JXX of this multi-phase collaborative project. The final product is an entrancing mix of ambient synthscapes, flowery keyboard melodies and beds of real-world sounds meant to paint full-frame pictures of the spaces this music inhabits.

JXY has been writing and performing electronic music for most of the last decade, but Passive Refraction is JXX’s first foray into music (in addition to their background in acting and dancing). After years of solo projects, JXY is enjoying the experience of working in a duo. “It’s fun sometimes having some material that’s not necessarily like, ‘I’m playing it’ or [where] I have to think, ‘Oh, what am I trying to do right now?’” they say. “As a solo act, it’s always hard trying to balance what you can perform while having the complex stuff that has to exist in the songs. There’s only so much you can do.” Especially live, where Passive Refraction employ more real-time improvisation and collaboration, the duo format has helped expand their musical resources.

Passive Refraction’s debut album—27th Floor, released on Jan. 30 through Hiraeth Records—is a multimedia work steeped in sci-fi conceptualism. Given JXX’s background in acting, the final collaborative effort treats each part with the utmost care and delicately segues between art forms. “I feel like just the story aspect and the visual is pretty much what is first for me,” they say. “Everything falls into place after.” 27th Floor begins with the story (which can be read at passiverefraction.bandcamp.com) of two lovers who lose each other on vacation in an undisclosed city. As soon as the written narrative ends, the musical narrative of the album begins. Along with these stories comes the silhouetted photograph of the two lovers on the album cover, and a brief music video released to promote the record. All of this comes together into one seamless experience, a sprawling digital romance set in a nostalgic vision of the future.

“No one knows the future, so you can paint multiple canvases. None of them are wrong.”

Within the emotional nature of the album’s narrative and the deep connection that J seem to feel toward their art, Passive Refraction still play up the distancing effects of their anonymity and retro-futurist aesthetics. For JXX, a prominent influence is the persona of esteemed vaporwave musician t e l e p a t h (who mastered 27th Floor). Both through a heavily shrouded internet persona and onstage costumes, his true identity remains almost entirely a secret from his colleagues and fans. “Most people don’t know what he looks like,” says JXX. “He can be part of the rest of the actual event, and no one’s pestering or bothering him.”

This desire for escape and invisibility also informs Passive Refraction’s approach to narrative and music. In particular, the simultaneous fear and allure of the future permeate all aspects of the duo’s art. “The story is dealing with the loss of a loved one, and the story deals with past events and hope for future events,” says JXX. “For me, [the future is] a natural setting for it. It shows the fluidity of the soul.” Furthering the group’s interest in the unknown, JXY says, “There’s almost a fable aspect when it comes to future events. No one knows the future, so you can paint multiple canvases. None of them are wrong.” In Passive Refraction’s music, this meeting point of speculative world-building and urgent romanticism fosters a space of in-betweens: emotions equally warm and cold, familiar and foreign.

“Passive Refraction plays up the distancing effects of their anonymity and retro-futurist aesthetics.”

At the heart of Passive Refraction’s headiness and expansive creation lies deeply human emotions. J find that—through their alien city environments, hypnotizing sound effects and obscuring aesthetic principles—their art speaks to a central, guiding principle: “finding tranquility in places that aren’t considered tranquil.” Be sure to catch Passive Refraction at SLUG’s March Localized, where the duo will be bringing exclusive merch from their new album (which will likely sell out online by the time of the show). Follow Passive Refraction Bandcamp, Facebook (facebook.com/PassiveRefraction) and Twitter (@PRefraction) to stay in the know about upcoming releases.