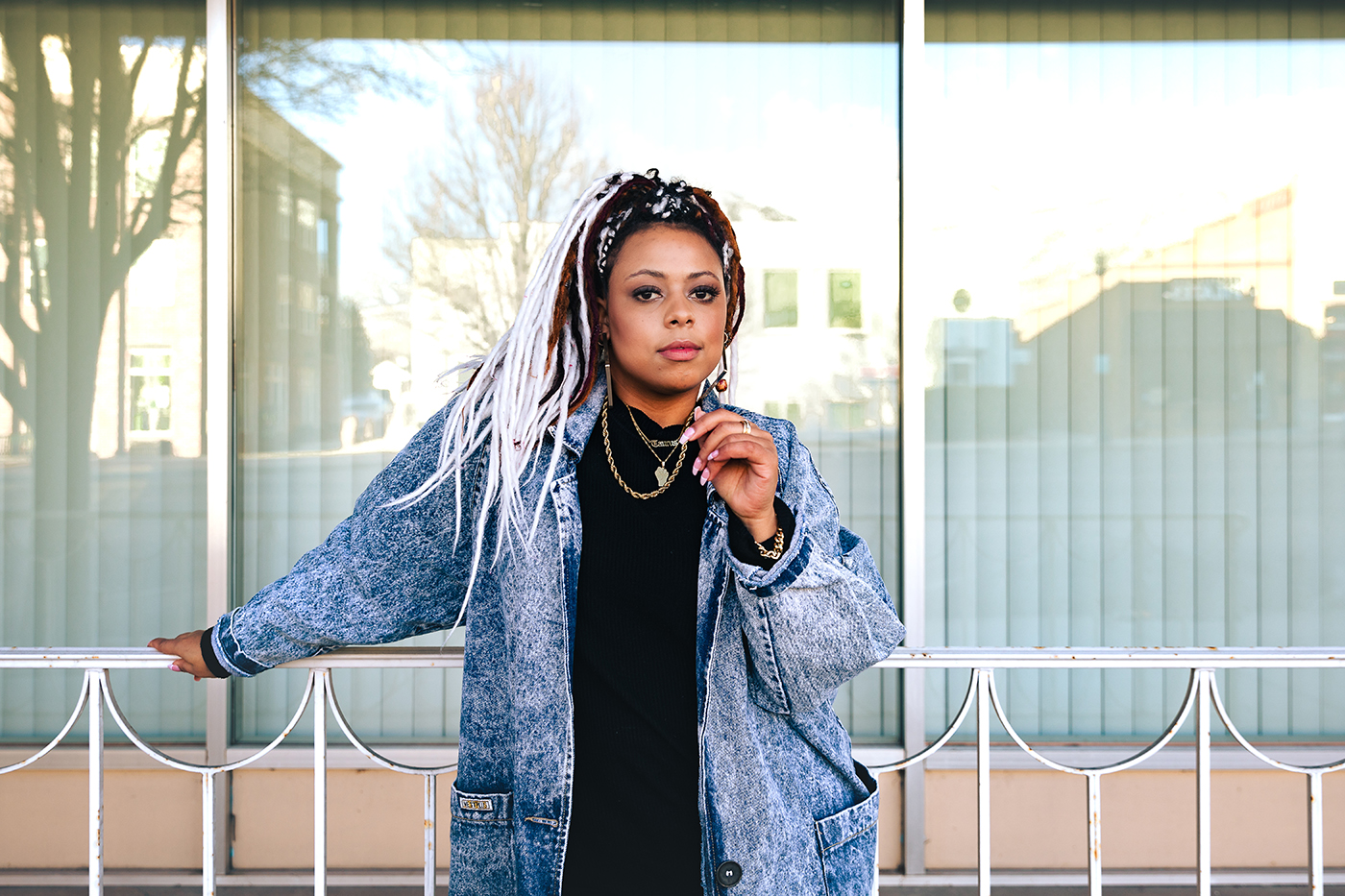 SLUG Mag’s April Virtualized: An Online Concert Featuring Utah Bands showcases Jay Warren, Bri Ray and Dee-Dee Darby-Duffin. Both Warren and Ray are R&B artists in Utah, and both are very in tune with their respective creative processes. Check out SLUG’s Virtualized sponsored by The Blocks on April 23 on SLUG Mag’s Youtube channel.

Utah singer-songwriter Bri Ray is all about creativity in its purest form—the type that allows unbounded expression of emotion, conveys freedom and nods to undiluted expressionism. For her, music is the bridge to all of these things.

“So often I see women get into relationships and lose an ‘edge’ of their confidence.”

“Confidence” is Ray’s latest single and one that embodies all of these traits. It comes together in a dreamy combination of pop, R&B and soul. Yet, it was made almost by accident. “When ‘Confidence’ was created, [collaborator] Joshua Strauther and I were brainstorming ideas for a different track. We recorded a melody, and six notes caught Josh’s attention. That’s now the melody you hear during the lyrics, ’I feel good in your arms’ and throughout the chorus,” Ray says.

And the deeper meaning behind those lyrics only makes the track dreamier. “The inspiration for ‘Confidence’ was an idea I had been toying with for a few months,” says Ray. “So often I see women get into relationships and lose an ‘edge’ of their confidence.” Ray wanted to craft a track to redefine this idea. “A relationship in which someone can be their own self fully without apology, a relationship that recognizes and supports the hopes, dreams and abilities of each individual—that kind of relationship not only encourages continuous confidence but also builds new realms of confidence within a person.”

“Confidence” is only one example of Ray’s keen talent for emotional tracks. Her previous singles “Woman,” “Sweet Thing,” and “We Don’t Have To Take Our Clothes Off” are powerhouses in their own right—some soft, some soaring, but all imbued with emotional depth.

Another aspect of music that Ray loves is collaborating with other writers such as OSTON, Victoria Canal, zhavia, David Archuleta, Mason Murphy, Tia Thompson and Quinn Sullivan. Despite recently shifting her focus to her own projects, she says, “It’s so fun to merge two or more creative minds together and see what comes out of it! I do think cowriting played and continues to play a huge role in my development as a songwriter.”

For Ray, creativity and collaboration go hand-in-hand. “Through cowriting, I’ve learned different writing techniques and expanded my creative mind and process. Writing songs specifically for other people is amazing because you get a glimpse inside their creativity once the song comes to life.”

This sense of collaboration is something that Ray developed when she first fell in love with music. It started when she woke up listening to her father singing gospel songs. Music was a way for the two of them to connect. From there, she explored music on her own, and Alicia Keys’ “No One” was the first song she could sing and play at the same time. “From there, it was game-over—I was hooked. I became obsessed with the freedom music provides to creativity, expressiveness, emotion and experimentation,” she says. In terms of her approach to creating music, Ray says it “most often starts with a concept [or] the direction I want the song to go.”

“It’s so fun to merge two or more creative minds together and see what comes out of it!”

Part of Ray’s musical experience is rooted in her time with the Young Arts Scholarship program and the networking opportunities she experienced after winning the Presidential Scholar of the Arts award in the singer/songwriter discipline. “More than anything, though, was the validation,” she says. “Being raised in Utah with minimal trips to L.A. and Nashville, I constantly questioned if I would be ‘good enough’ in the music world outside of Utah. Being selected to participate in these programs and walking away as an award-winning singer/songwriter in both Miami and Washington D.C. was incredibly validating.”

Being an R&B artist in Utah hasn’t been easy for Ray. “Utah is interesting because even though there’s a decent music scene in Salt Lake and in Utah County, the two don’t mix often, which makes it feel like two separate scenes. Though this is starting to change now, it made my development as an R&B artist more difficult,” says Ray. Growing up in Utah Valley, there weren’t a lot of artists or mentors for her to connect with in the R&B scene. She says, “Giving room for R&B and soul to live and breathe within a song expands my artistry, continues to challenge me and allows me to connect in magical ways.”

“Being raised in Utah with minimal trips to L.A. and Nashville, I constantly questioned if I would be ‘good enough’ in the music world outside of Utah.”

As far as creating and collaborating during the pandemic, Ray thinks the process has ultimately been “beneficial” for her. “I think the biggest change for creatives is not being able to be in a collaborative space together. The share of ideas and energy is an important part of creation, so figuring out how to capture that virtually is difficult, but it can be done,” she says.

Ray’s  newest single—”Tough Love”—was released last month on March 17. She strives to continue making music that bares her soul and speaks to the emotions of others at the same time. Check out Bri Ray’s music at thebriray.com.