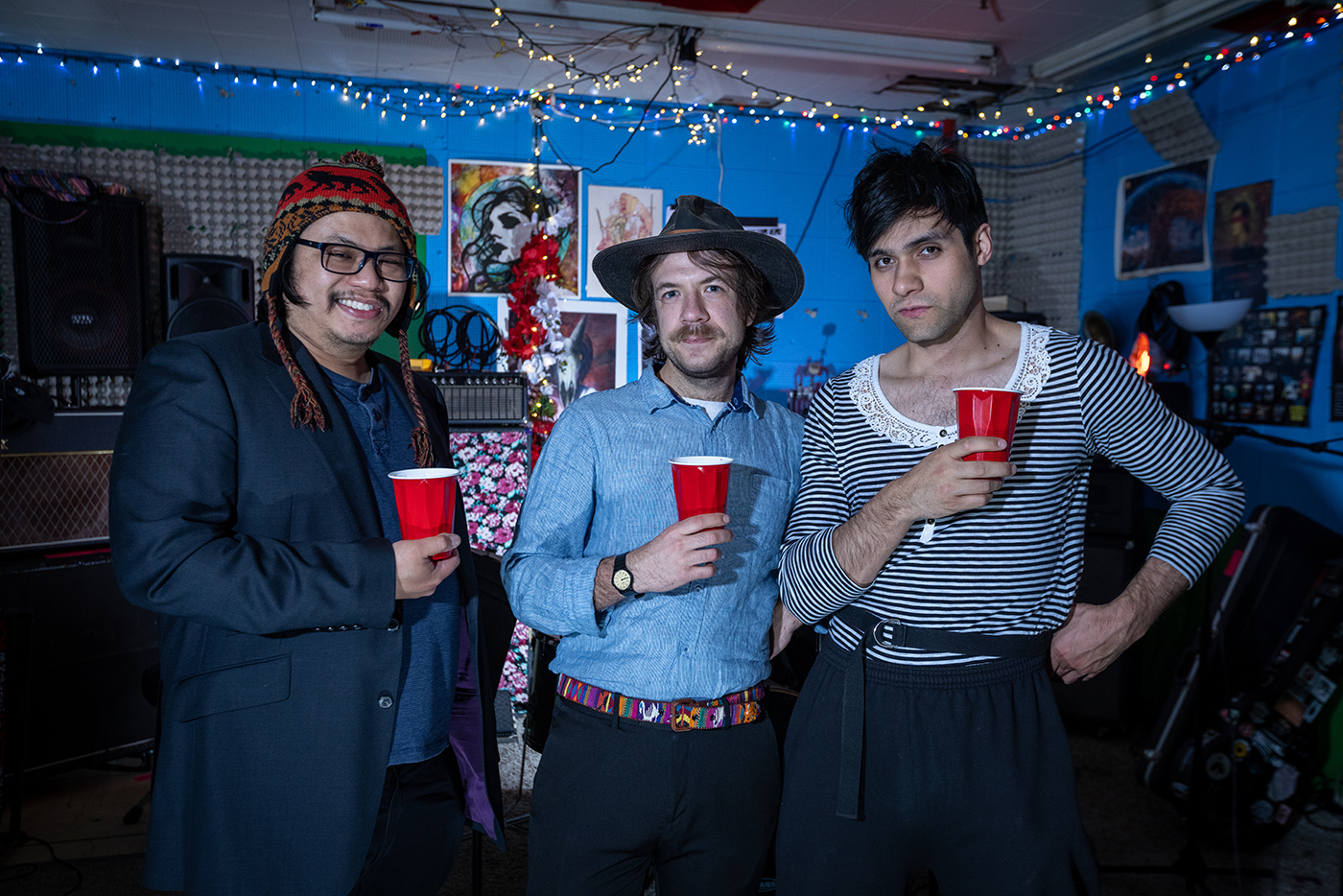 Can you believe we’ve made it to May 2021!? Wow, time flies! And SLUG Mag’s May Virtualized: An Online Concert Featuring Utah Bands will present Salt Lake City’s own Lit’l Grim, jacked johnson and Star Crossed Loners, three anomalous bands who are delighted to entertain you from the World Wide Web! All three create an array of sound that will make us remember why we enjoy music and concerts in the first place. So, sit back and unwind with your preferred vice and tune in to SLUG Mag’s YoutTube Channel on May 21at 8 p.m. sharp. Trust me—this will be good. SLUG Virtualized is sponsored by KRCL.

“I definitely grew up listening to Jack Johnson—The surfer, ‘Banana Pancakes,’ acoustic guitar guy with the rustic yet tranquil baritone voice. The name began as a joke, a placeholder,” says Val Brown regarding to the reasoning behind the band name jacked johnson (JJ for short). “But I do like the way it sounds and looks (no caps or ALL CAPS); the acronym ‘jj’ is very cute. Mostly though, it’s an incentive to do more reps at the gym—to get jacked. If I’m not huge by next year, I should be kicked out.” The band is made up of three people: Brown, who does the vocals, composition and guitar; Andrew M., their mysterious drummer; and John Hoang the hella bass player. This collaboration between the three started as a solo project for Brown, but then Brown found Andrew, who went to school as a composition major. Although, Brown says, “Andrew didn’t need the degree. He’s already a galaxy brain songwriter!” Hoang, a jazz performance major, is “far too humble despite his proficiency,” Brown says.

These skilled musicians give jazz-infused, angsty tunes with a touch of culturally driven flavor. I was personally impressed when I first came upon their track “jack3dtothemoon.” It’s as if they’re artistic, digital minimalists. “I really love having two players who, upon hearing an obnoxiously rhythmically complex riff I bring to a session, are able to play along effortlessly and contribute ideas that usually make me and the songs better,” Brown says. Hoang gets his influences from video game music and pop, but for this specific project, he hones his bass expertise from Morgan Henderson (The Blood Brothers) and Joe Lally (Fugazi).

“I definitely grew up listening to Jack Johnson—The surfer, ‘Banana Pancakes,’ acoustic guitar guy with the rustic yet tranquil baritone voice. The name began as a joke, a placeholder,”

Brown, on the other hand, finds inspiration from the hyphy, idiosyncratic duo of 100 gecs. “Laura Les is my absolute favorite musician and songwriter. A few people have clocked me [as] a Jeff Buckley superfan. Although, I take a lot of notes from Xiu Xiu and The Cure, vocally and in spirit,” Brown says. However, I believe jacked johnson is aiming for something much more modest. “I want my songs to be as subtly scary and ridiculously sexy as possible,” Browns says. “Andrew taught kiddos in Oklahoma for a year and brought home some twang. JJ will eventually be a country band for weirdos.” Oh yeah, I can see it now: Gene Clark meets Sean Nicholas Savage and then they make a Broadway musical set at Twilite Lounge.

Brown tends to be very particular when it comes to their initial drive for making music. Sure, one begins with that specific passion and/or pure enjoyment, though Brown thinks there’s a “visceral need to create,” as well as the attention aspect of showing something that one is, more or less, proud to show off. “To be seen and heard and felt. Music inspiration can be a feedback loop; all my besties make such cool music, and I’m constantly enamored and encouraged by their work. I hope I play a similar role to at least one person,” Brown says.

“I want my songs to be as subtly scary and ridiculously sexy as possible,”

For this group, one of the difficult parts of making music is the sense of self-doubt and criticism, and the fact that there’s never enough time in the day. “I wish I had time to get quality recordings of most of the ideas that strike me daily. But I also see beauty in the ephemeral nature of such inspiration,” Brown says. Throughout jacked johnson’s singles, there are patches of melancholy mixed with a casual ambience where I can see this so-called transient piece added. But does the trio think they can ever get “perfect” art? Forget about it! “Suggesting there is perfect art informs that there is an artist, which becomes a whole other can of [worms],” says Hoang. Brown attempts to promote their experiences through sound in an “otherworldly ecstasy.” Specifically, in chord choices and progressions. “I like huge chords some people might call ugly, which is clearly a jazz influence. I want to spread that strange, harmonic joy to as many beleaguered ears as possible,” Brown says.

Obviously, we have those days filled with monotonous tasks of work and play and the pressures to be the best we can be. I admire jacked johnson’s consistency in writing songs and gaining as much knowledge of the craft as possible. “I’m always writing new things, sometimes too much to keep up with. As a trio, we want to record and release the several songs we’ve been working on and then take the band in a new direction—-a more collaborative effort. Probably some jazz-influenced anxiety-core,” Brown says. I’m sure that’ll be present for their Virtualized debut! “[Expect our] reverentest, croon-iest numbers paired with some tasty visuals provided [by] our pal Zachie Dansie,” Browns says.

“I like huge chords some people might call ugly, which is clearly a jazz influence. I want to spread that strange, harmonic joy to as many beleaguered ears as possible,”

For more information about upcoming releases of the astute jacked johnson, check out jackedjohnson.bandcamp.com, and remember to mark your calendars for the Virtualized event via SLUG Mag’s YouTube channel on May 21at 8 p.m. God bless the internet. God bless authenticity.