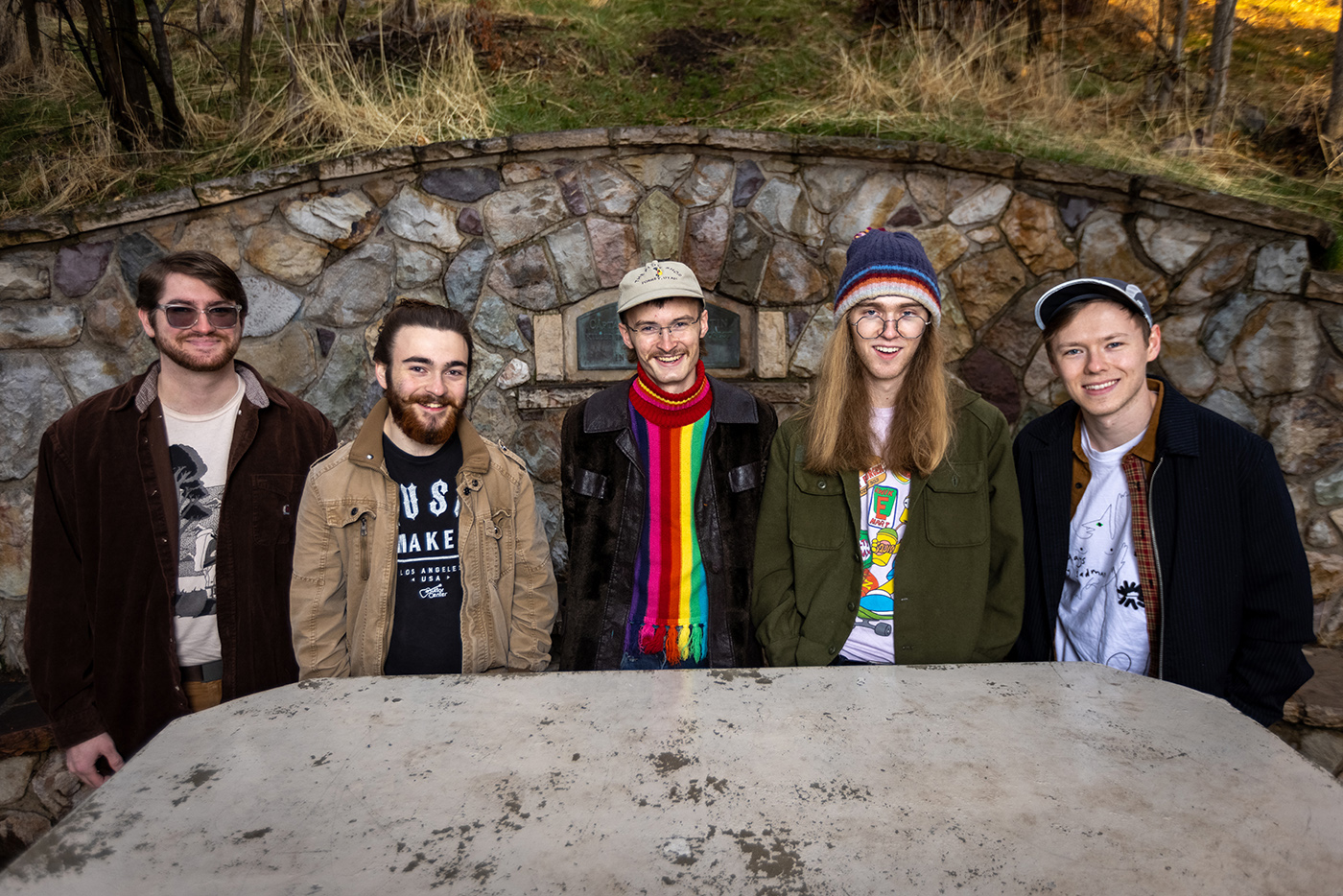 Can you believe we’ve made it to May 2021!? Wow, time flies! And SLUG Mag’s May Virtualized: An Online Concert Featuring Utah Bands will present Salt Lake City’s own Lit’l Grim, jacked johnson and Star Crossed Loners, three anomalous bands who are delighted to entertain you from the World Wide Web! All three create an array of sound that will make us remember why we enjoy music and concerts in the first place. So, sit back and unwind with your preferred vice and tune in to SLUG Mag’s YouTube Channel on May 21at 8 p.m. sharp. Trust me—this will be good. SLUG Virtualized is sponsored by KRCL.

“I think ‘Mangosteen’ was the first Lit’l Grim song. It’s about my experience going to Bali after growing up immersed in Balinese Gamelan music,” says Tate Grimshaw about his latest song, “Mangosteen.” The track is an aggressive mix of guitar and synths, sharing a similar post-punk, experimental tone to the band Lalic. Grimshaw, who is the songwriter, singer and rhythm guitarist/banjo player, is accompanied by four other members: Chris Shemwell, who plays drums and produces, Luke Bamford the “bassgod,” Jackson Larsen, their lead guitarist and lastly, Stephen Rodgers, who is known as the wizard that does all of the synth/cello/various instruments. Yes—it’s quite the gang! And it began as a way to keep Grimshaw occupied and content while he wrestled with mental health. “My favorite and most effective coping mechanism ” Grimshaw says. “I’ve been wanting to make this a focus of my life for as long as I can remember. It is a deep desire I’ve tried and failed to shake off.”

The project came about when Grimshaw and Shemwell met at Snow Canyon’s percussion studio. They eventually formed Helichrysum and released a fucking awesome album: These Apes Think They Heady (yes, check it out!). Then, one of Grimshaw and Shemwell’s composition professors introduced Rodgers to Helichrysum. Sure enough, Larsen and Bamford came into the mix, and now, here we are with Lit’l Grim. Power pop? Jazz rock? When I asked the band how they describe their style, Grimshaw replied, “My friends usually say, ‘It just sounds like Tate.’”

“I’ve been wanting to make this a focus of my life for as long as I can remember. It is a deep desire I’ve tried and failed to shake off.”

Essentially, their style is a succession of each band members’ taste in music. “Our sound greatly is the in-the-moment reactivity we have with each others’ rhythmic and tonal choices. There’s also something to be said about us constantly showing each other new things for inspiration,” says Grimshaw. “My parents immersed me in a lot of odd, beautiful, stimulating music from day one. My mom is a pianist and my dad is a musicology/ethnomusicology professor. I have a weird cocktail of current influences that bleed a bit into my writing too—R. Stevie Moore, Radiohead, Erykah Badu, Ween, Liza Anne, to name a few.”

Speaking of writing, Lit’l Grim’s lyrics tend to reference and relate toward Grimshaw’s journal entries and sensitive, odd life experiences. “Or my observations on mundane occurrences,” Grimshaw says. “Mental health is a common theme. I prefer to phrase things in ways so that only those in my close circle understand the exact details of the circumstances, and to allow for listener interpretation. It feels good to get my experiences out, but if there’s no mystery left in a song, it loses its magic.” Timelessness is what we strive for, and Grimshaw prefers to express his thoughts with typical, normal and unpretentious vocabulary. “The lyrics usually don’t change from the first draft, even if they don’t reflect how I feel now, kinda to preserve those moments in time,” he says.

“I prefer to phrase things in ways so that only those in my close circle understand the exact details of the circumstances, and to allow for listener interpretation.”

Moreover, Lit’l Grim is proud to be part of the local music scene of Salt Lake. Grimshaw loves the fact that there’s a solid amount of micro-scenes that are not merely downtown, but throughout this contrasting, dysfunctionally beautiful state. “That’s part of the allure for me! I love how many pockets of niche sounds are developed here through groups of friends,” Grimshaw says. “As a queer person from a Mormon upbringing, I feel connected to Mormon trauma [that] seems to be a common theme across many bands in the scene. I also enjoy how many quality experimental/heavy/noisy/all of the above acts exist across the state. With the help of my friends, I’ve made a pretty extensive playlist of Utah music that I frequent a lot each week.”

And now, we can add Lit’l Grim to this local playlist. The band is excited to be part of our Virtualized series, and believes there’s a great deal of potential for collaborations using this type of medium (lo and behold! The internet!). “I hope it’s not just temporary until other events are possible. There are SO many bands I would like to see involved. Lit’l Grim as a whole is very grateful to be included in the early stages of the series,” says Grimshaw. With that, make sure you tune in for this performance and be drawn to their outlandish, first-rate talent. To look for their releases, like their 10-song album Mangosteen, go to Lit’l Grim’s Instagram page: @litlgrimble.