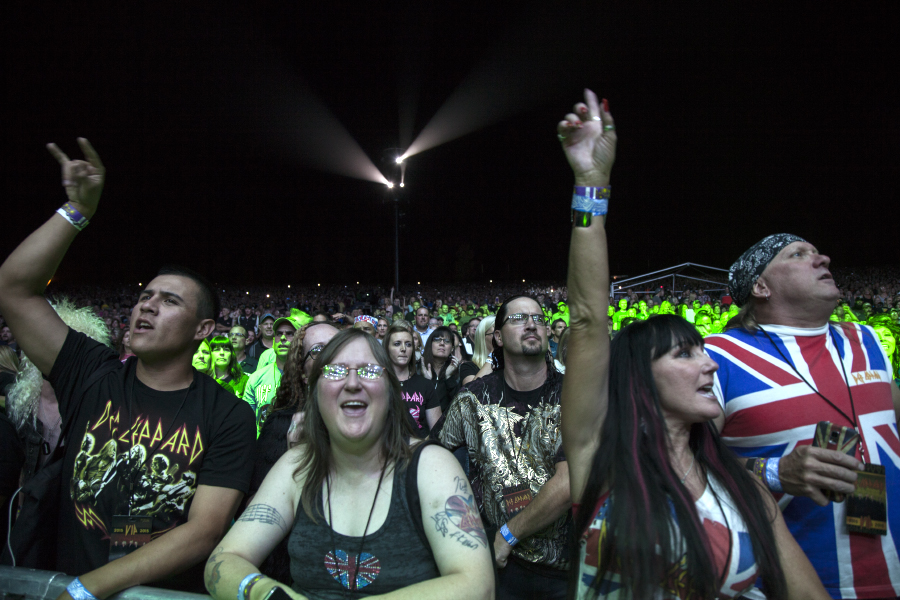 On the eve of Sept. 28th, 2015, hundreds of fans lined up to watch rock legends Def Leppard, Styx and Tesla perform at the USANA Amphitheater. There were fans of all ages, and even fans dressed in costume. The show started of with an energetic performance by Tesla, with lead singer Jeff Keith interacting with the crowd and getting everyone excited. They played classic hits such as “Modern Day Cowboy” and “EZ Come EZ Go”.The band was very active and they were all interacting with each other and the crowd and made a great start to the show. After Tesla’s set, patrons got to enjoy a beautiful sunset while they waited for the next band to set up.

Styx came out with an explosion of lights and put on a very enthusiastic set. Their background display was especially colorful and artistic, and the band put on an awesome performance. The crowd loved the back and forth and the trading around of band members. At one point Styx performed a more mellow song and the crowd went soft and several people pulled out their cell phones for a light in lieu of the classic lighter tribute. Their set was full of choreography and they ended with style.

Next up was Def Leppard, one of the most legendary rock bands to come out of the genre. Their background screen was a live filming of the band making them seem larger than life, and it would switch back and forth to a casino theme. They also played many classic hits and the crowd went wild for every song and every turn. They strutted around stage and played with a lot of energy.

All in all the night was a success. I must say it is really amazing and inspiring to see bands that have been together this long still steal the show and put on an amazing performance, and with a lot of original band members. If you have never been to a concert like this, you should- it’s hard not to enjoy yourself!