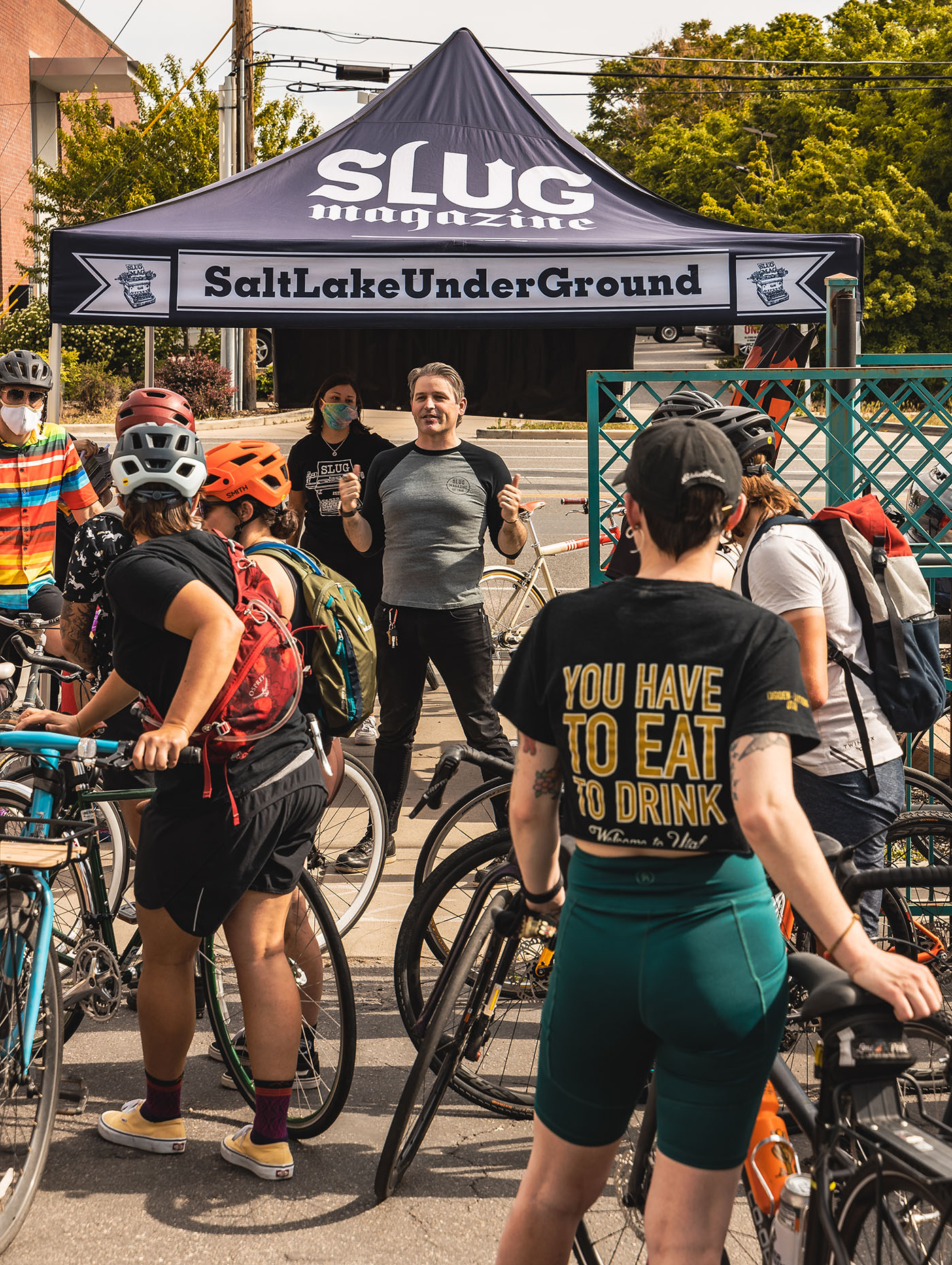 What better way to kick off the summer than with one of the funnest and most unique bike races this side of the Wasatch?! Enter the 9th Annual SLUG Cat Presented By Fat Tire. The stage was set as racers from across the valley converged at Saturday Cycles in hopes of becoming this year’s champion—an illustrious title that not only comes with bragging rights, but also some of the raddest prizes a bike race of this nature has to offer.

The race kicked off promptly at 5 p.m. and the chaos ensued. With manifests in hand, the racers began their arduous journey across the city in search of the ever-elusive checkpoints to get as many stamps and points as possible before returning to SLUG HQ. All of this and more in under two hours.

The day may have been hot, but the competition was hotter as waves of racers swarmed each stop all vying to be the first one in and most certainly not the last one—unless you’re vying for “Dead Fucking Last,” that is. As the 9th Annual SLUG Cat progressed, it was starting to look close for a few moments, but all that would change as points from the mini-games were starting to add up. One person’s game of bags was another’s way of eking out their place on the podium. So many stops, so many factors, such little time. Who was gonna make it and who would end up empty handed at the finish line?

The race was coming to a close and the points were being tallied as participants began trickling into the final stop. As luck, skill and fate would have it, Clint Campbell, Aubrey Larsen and Nkenna Onuwuzuruoha would take their place on the podium and claim what was rightfully theirs: Bragging rights, free bikes and some much-deserved praise for persevering in ways in which no one else could.

And just like that, the 9th Annual SLUG Cat was all over. The winners collected their prizes, the losers their pride, and they all rode off into the sunset, ready to race another day. The end.