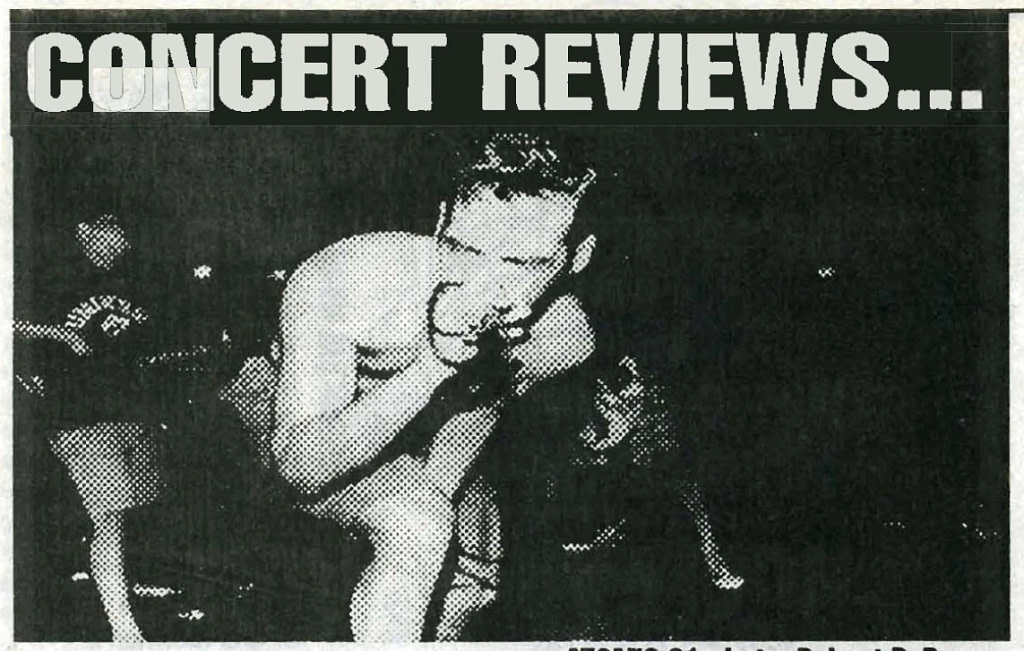 Everyone knows what it’s like to go see a band you have neither seen nor heard before. You walk to the door hoping the overcharge isn’t too much but you’re reassured by your buddies that it’s much better than sitting at home.

The Undecided, a new local act, was the opening band. I heard it was their first show, but goddamn they were tight. This five-piece had their shit down. The female vocals blew me away, kind of high and whiny, but it matched well to their mix of old time punk and metal.

Next up was Phile 13, a punk band from Cheyenne, Wyoming, and boy did they impress the hell out of me. They have a definite Red Hot Chili Peppers influence, but they’ve taken it straight to hell with a hard, funky, punk sound—which is totally opposite from the mainstream Pepper shit. Overall, a good show.

Can anyone tell me why the alternative music scene seems to be going mainstream? There sure isn’t a lot of marketing for the bands. Maybe it’s M N and that douche Kurt Loder. Whatever it is, bands are getting big breaks lately.

New York is home to many a straight-edge hardcore bands, one of which is Quicksand. The crowd was there early and really got into things, dancing and stage diving. I really think they could get big. That is if that’s what they want.

I’d read about Helmet awhile back in Newsweek Magazine, when Nirvana just started getting “big time.” It tried to say that Helmet would be the next Nirvana. Whatever. With expectations like that, they’re bound to be successful. Putting everything about this band behind them, they were fan-fuckin-tastic. You could really hear their big jazz influence, especially in the drums and guitar solos. They played mostly stuff off STRAP IT ON, their first album.

Even though major labels and MTV don’t know much about music (in my opinion) they sure are picking some good bands to make them money. 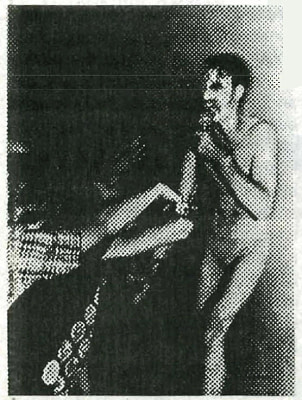 Club Starrz, or the old Pompadour, either way it’s the same. Nobody really shows unless it’s a big band. There is rarely ever any support for the smaller bands. Well I’m not going to go into the fact that a lot of people missed a good show.

Athlete’s Butt was in their usual good humor, always into the crowd even though there were only 10 to 15 people there. These guys will probably never get rich off of their music, but I don’t think they want to. They play like they want to have fun, and that is exactly what they do.

Next was a band from Colorado Springs, VEX, a four-piece with a girl singer. They were not on the bill so it was an added bonus for the few people that only paid $5 at the door. This band was fairly fast with a strong beat. At first, I didn’t think the female singer could do it, but she proved me wrong. She can hold up with the best of them.

Next up was Savalas, also from Colorado. The first few songs led me to believe that I was hearing early Fugazi. These guys were tight with a heavy bass line leading the way. The energy level that they had was intense, if they have a 7” out, buy it. This band will be back.

Last up was Foreskin 500, a cross between Ministry and Warlock Pinchers. Blending a guitar, bass, some drum machine and turntables and a singer who is very intense and goes off on his lyrics. Yes, they had a ray gun, yes they stripped down to their underwear and yes, they were nuts. I’m not a big industrial fan, in fact, I hate it, but these four guys deserve recognition because they kicked ass. They do need more time together onstage. They were a little loose but they had fun and that’s where it’s at.

Well here we are again, another month and another review. Where to begin? I could bitch some more, but I have no right to because more people showed up for a change. It’s good to see that people aren’t being so lazy that they would rather sit home on 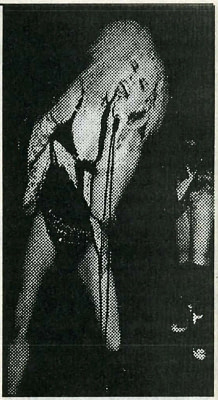 The first band was the Decomposers. What can I say about these guys that hasn’t already been said? They’re great live. This band takes the stage with an out-of-the-ordinary attitude. They set out to rock the crowd and that is usually what they do.

Next was Atomic 61. These four guys have a lot of energy. Before they even played one note they had the crowd out of their seats and up onto the floor. With that they let loose, and kept it on with full force up until the very end. When the music stopped, the singers voice was gone and the crowd was tired. Definitely a band worth checking out.

Last up was White Trash Debutantes. If you want to talk about loud and outrageous, then this band is the one to use as an example. Talent-wise, this band was not the best in the land, but as for entertainment, by far one of the best I’ve seen.

Ginger, the singer, a mix of blond hair, big legs and a mega- phone, is one of the loudest, crudest chicks I’ve ever seen. On a vulgarity scale of one to ten, these guys score a seven. Not as bad as Gwar, but definitely a good time. If you made the show you’ll understand. If you didn’t go then catch them next time around.