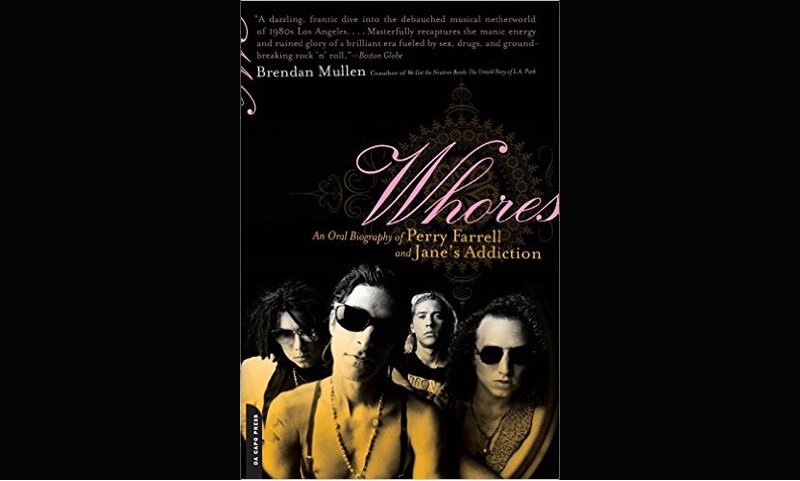 When I was in middle school, Jane’s addiction was my life. “Three Days” was my anthem, and Perry Farrell was my God. In Whores, Brendan Mullen has compiled over 300 pages of quotes from just about everybody who was ever associated with Jane’s(including the members), and uses them to tell the story of one of the most influential bands of the late 80s/early 90s. At times, Whores reads more like an open forum of dope confessions/bragging and self-justification rather than talking about the music, but it’s still entertaining as hell. From pre-Jane’s goth-music experiments to the heartbreaking disappointment of 03’s Strays, Whores is a must-read for every Jane’s fan–oh, and for anyone who listened to music in the 90s. Almost all of the quotes came from separate interviews throughout the years, which adds an interesting spin to the stories because everyone seems to remember things a little differently than their peers do. The only complaint I have as a reader (and a fan) is that there just aren’t enough pictures–other than that, it’s a great read. Thank you, Brendan Mullen, for letting me relive my Jane’s Addiction fanaticism, and thank you Jane’s, for kicking ass. –Ryan Shelton