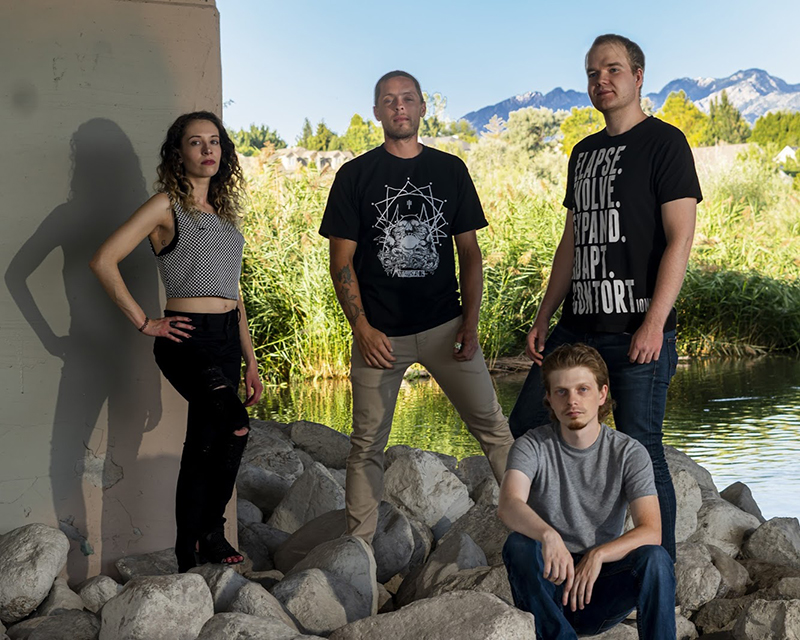 After a frustrating attempt at joining another band, Loclyn Torres realized she would need to start her own project if she really wanted to realize her vision of the kind of metal she wanted to perform. Nate Velasquez (drums) joined her to form Seeking Tragedy, and since January of 2018, the two went through a long and rigorous audition process to finally find Chris Evans (bass) and Ethan Dillingham (guitar).

While Torres is an expert metal singer today, she says learning to scream wasn’t a walk in the park. “I didn’t know what I was doing. I wasn’t able to do it [scream] practically and comfortably,” Torres says. Finally, she found a Denmark-based vocal coach that specialized in screaming. Regular skype lessons with her coach taught her how to access her “false” vocal cords—an area just above the vocal folds that, when used properly, makes screaming easier and safer. Now Torres can switch between different sets of vocal cords to produce either hauntingly beautiful melodies or badass, headbanging screams.

While this screaming technique is commonplace in the metal scene, Torres remarks on how it has been a skill primarily used by men. “Having a female singer do clean singing and then death metal singing is very rare” she says. This is partly because there are so few women in the field but also the presence of old-school thinking that positions women outside of the spotlight. As one of the few women in a metal band, Torres says she is either viewed as a new and positive member of metal, or as a “gimmick” that seeks fame through being a minority. But as a talented and driven musician, Torres is the undoubtedlby the real deal.

Seeking Tragedy just released a single, “Arm Your Pride,” and are working on finishing their first album. Listen to the full podcast to hear Torres discuss her performance journey, as well as how Torres has worked twice as hard in the metal scene to get herself and her band where they are today.