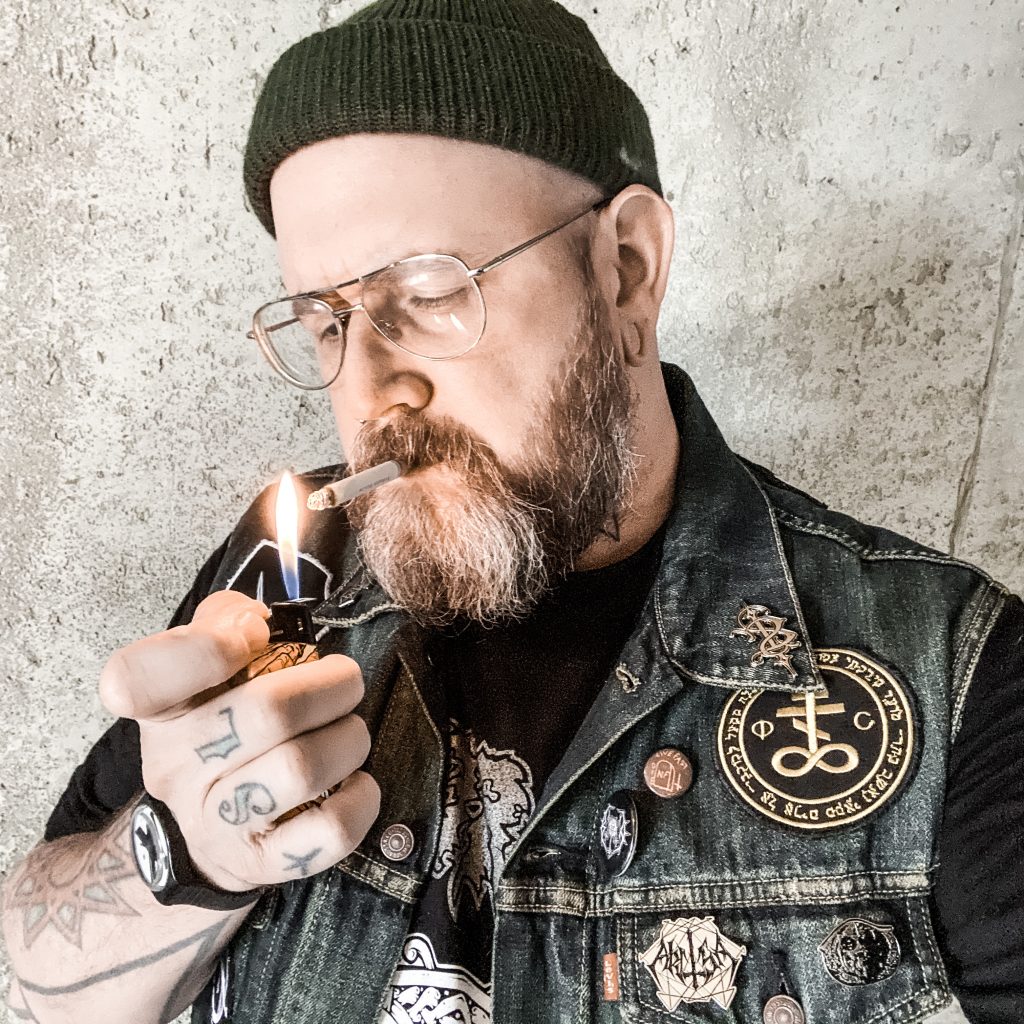 Gavin Hoffman doesn’t like people. On his debut release as Treason Angel, Ritual Squalor, he uses noise to channel an anti-religion, misanthropic ethos—though you may not recognize it just from listening.

“I’m not easy to be in a band with,” he says. You can ask any of his past band members, and they’d agree. The reason for this is that he had found himself in bands where he would have nothing to do once he got his part of drums done. This frustrated him, and that’s what inspired him to do something on his own; without having to depend on anyone else. It’s something he found tricky at first, but he was determined to do it.

Angry music has always been something Hoffman has done. “This was the side of me that on a daily basis just wants to grab somebody and throttle them,” he says. He finds himself hypocritical about hating people because he has two kids. He feels that people place blame through fear in something that they don’t understand, that people will believe whatever you tell them without doing their research and they’ll push their ideas down your throat.

What Gavin believes in—and where he comes from—is himself. He has strong beliefs. but it’s not something that he wants to push down others throats. He’s done his own research and knows that his life has nothing to do with anything or anyone; he wants people to believe in themselves just as he does for himself even if their ideas don’t match his own. “I want people to realize they can do this,” he says. Ritual Squalor happened because of Gavin’s dedication to it. You don’t have to like his music but if you give it a shot, that’s what matters.

Treason Angel can be found on Facebook and Instagram, but it’s best to catch him on Bandcamp.

Treason Angel is on Bandcamp