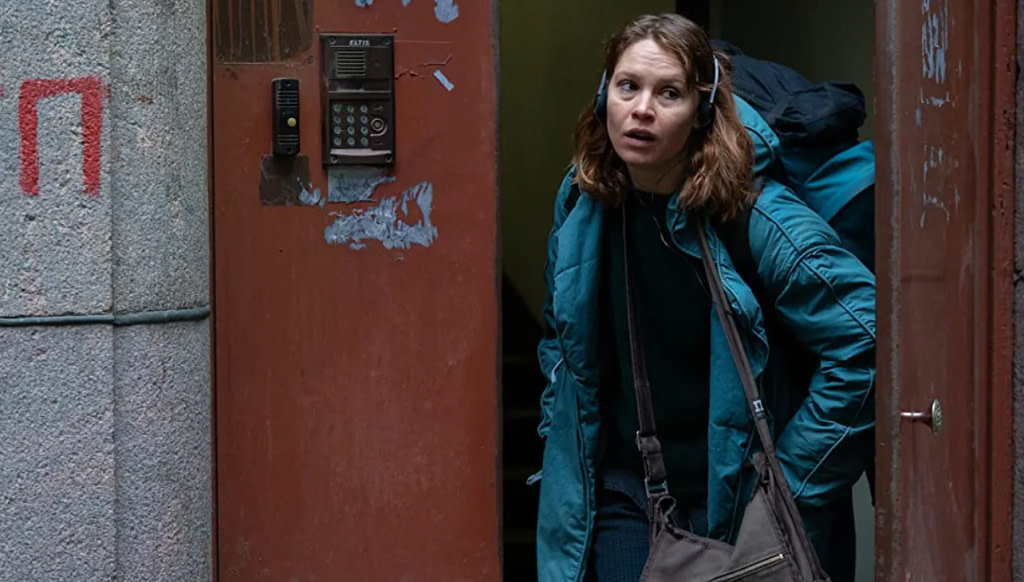 I was not on board at the start of Compartment No. 6, but it’s a testament to the original text, adaptation and the performances that, by the end, I am endeared. Photo Courtesy of Aamu Film Company.

I went into my first viewing of Compartment No. 6 without any prior knowledge of what was going to happen. On a bit of a whim, I avoided seeking out the synopsis. I didn’t check any ratings or reviews beforehand, and I didn’t even know the country of origin until the opening credits: a delightful array of bright colors and text set to upbeat music. It’s an energy that the film itself never quite matches, and I’m 100% okay with that.

Directed by Juho Kuosmanen and selected for the Best International Feature Film shortlist at the Oscars this year (though not nominated), compartments No. 6 is an excellent drama about two people forming a relationship on an extended train ride from Moscow to Murmansk, a city far to the Northwest of Russia. While adapted from Rosa Liksom’s novel of the same title published in 2011, the screenplay only takes the basic story and structure along for the (literal) ride.

When we first meet Laura (Seidi Haarla), she’s at a party in Moscow. The woman she’s been seeing, Irina (Dinara Drukarova), is a professor whose work at a nearby university has kept her from joining Laura on their planned trip to see the Murmansk Petroglyphs. Laura isn’t Russian—she’s Finnish—but she says on several occasions that it’s important she visits the petroglyphs as she thinks it’s important humans understand where they come from.

Laura gets on the train and finds her fellow compartment six passenger, Ljoha (Yuriy Borisov). Immediately, we are made to dislike him. He’s drunk, smokes, leaves half-eaten sausages on the table and—in the most egregious action—attempts to grope Laura. At this, Laura immediately tries to get a different compartment to stay in, but can’t. At this point, I wondered if I was in for a tense, stressful film about her attempts to evade him and other horrible companions—that is not the case.

From the beginning, the cinematography and framing is close to Laura. In the brief scenes between her and Irina, it felt intimate. After Ljoha’s initial grope, the camera remains close to Laura to maintain that sense of claustrophobia and entrapment she feels (at first) about sharing a compartment with him. After Laura and Ljoha have become closer, primarily thanks to their overnight stay at Ljoha’s elderly friend’s house, the camera still remains close. When a third passenger Sasha (Tomi Alatalo) arrives, the compartment space and the frame feel even more cramped. It’s a subtle, but malleable trick that works well in the case of the film as a whole. In the third act, now free of the train, the camera pulls back multiple times to show off both the urban and natural landscapes. For example, in one of my favorite shots, Laura and Ljoha stumble through the snow and ice toward the petroglyphs. It’s a simple tracking shot, but it increases the vastness of their surroundings in comparison to the smallness of everything before it.

While I was initially reluctant to follow Kuosmanen in liking Ljoha, the film quickly makes a case for supporting the couple’s growing connection. This is primarily thanks to the performances by Haarla and Borisov as both feel undeniably real. Haarla makes Laura sympathetic and enigmatic to us; a line she walks with great skill. Borisov turns Ljoha’s cold nature and poor actions into a man clearly unaccustomed to friendship and closeness. My favorite example of this is in the two characters’ last meal together.

Laura gifts Ljoha the sketch she did of him earlier in the film, while he was sleeping, and he smiles like a child. Ljoha tries to draw her in return, but gets frustrated and tells her not to act stupidly. He tries to reject their friendship out of fear of their growing closeness. Of course, in the end, she finds him again and they complete their journey together.

The performances dovetail with well-written interactions. While Laura and Ljoha say a decent amount of words to one another over the course of their multi-day trip, it’s in the emotional beats that the transformation of both their relationship and the audience’s opinion occurs. When Laura’s video camera is stolen, she’s distraught at what she’s lost: the record of her happiness in Moscow with Irina, the parties and the city life. Ljoha simply asks her what was on the tape and in recounting, she feels comforted.

I can’t say enough how beautiful and intimate this film feels. It explores Laura and Ljoha’s growing acquaintance and eventual friendship with nuance and demands patience from its audience. Like Laura, I was not on board at the start, but it’s a testament to the original text, the adaptation and the performances that, by the end, I am endeared to the relationship and affected by the journey. –Max Bennion