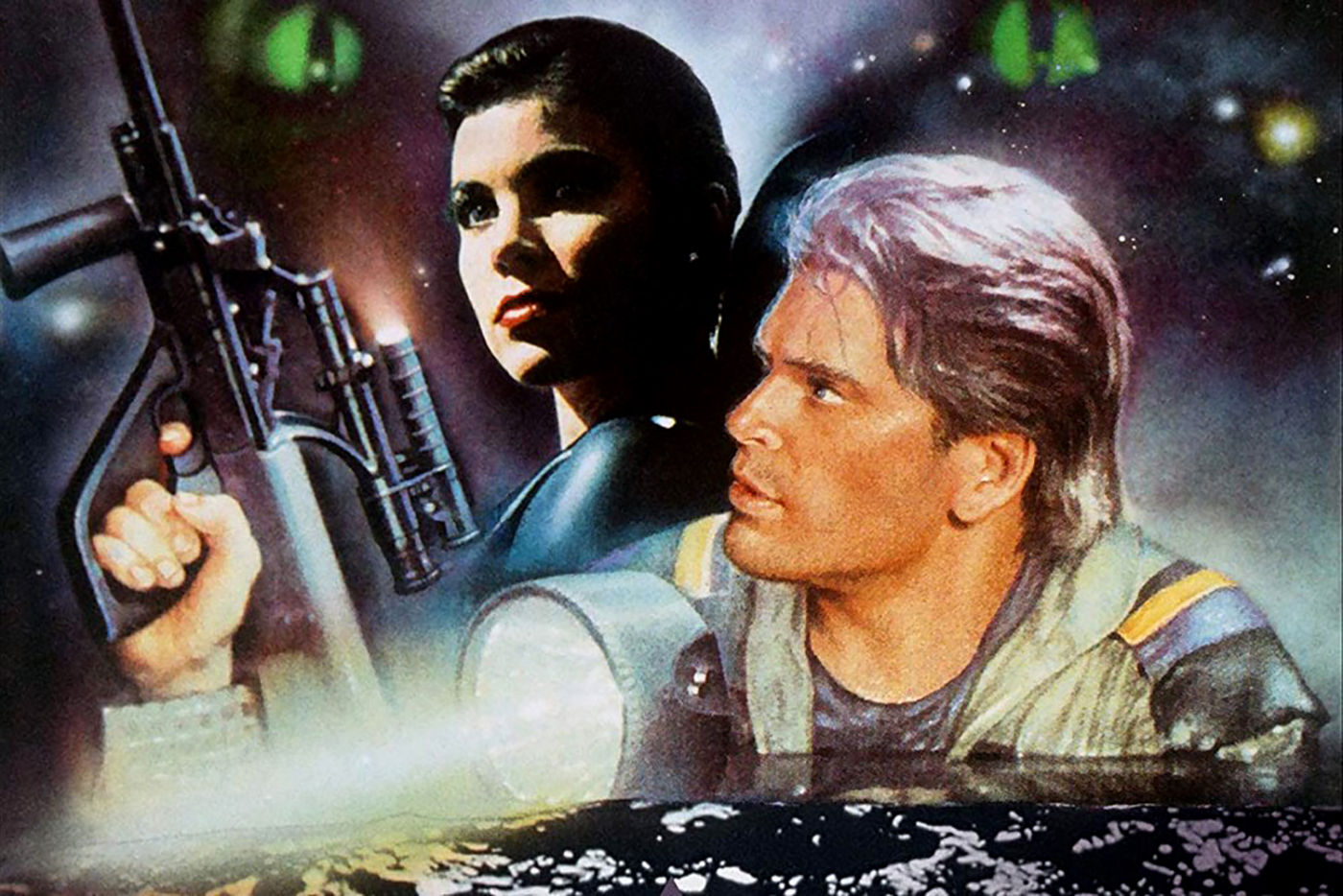 Why bother making plans for 2022? If the final quarter of 2021 taught us anything (like we can learn—see Don’t Look Up, the new Idiocracy), all we can plan on is everything being canceled. No concerts, no sportsball, no musical theater—big win there, actually—no go. The only events we can count on never being shut down are gun expos and drum circles, because ‘Merica.

Filmmakers in The Before Times, however, had big plans for the year 2022, and most were almost as stupid as a containable-yet-still-uncontained global pandemic. Here are nine movies from yesteryear set in “The Future” of 2022 to stream while you wait for your latest ticket refund. 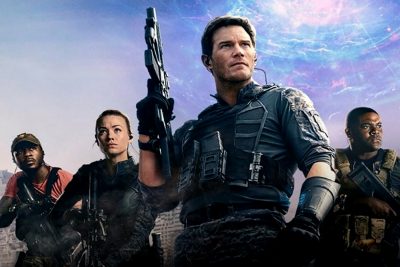 Packed with more clichés and Chris Pratt than anyone deserves to endure, The Tomorrow War was a $200 million(!) theatrical bomb-in-the-making that got rerouted to Amazon like a boatload of knock-off air fryers. Soldiers from the year 2051 appear during the 2022 World Cup (finally, something happened in a soccer game) to draft fighters to travel to 2048 in order to fend off an alien invasion. Soon, ex-Green Beret Dan (Pratt in dead-eyed “Chris Pratt” mode) is swept up into a CGI shitshow with a “plot” human-centipeded together from better sci-fi flicks. Go aliens! 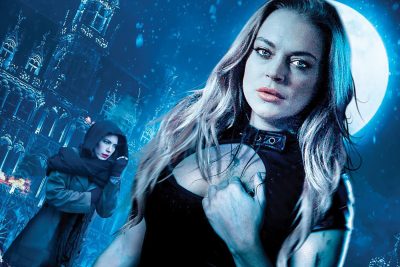 In 2022, a werewolf private detective (Charlotte Beckett) is hired by the vampire wife (Lindsay Lohan) of the European Federation president to find out who’s attempting to assassinate her husband over his … renewable energy policies? Among the Shadows is a supernatural/political thriller that fails hilariously on all genre fronts, with Beckett and Lohan dribbling out their lines like isolated hostages against a Walmart portrait studio green screen. The movie’s ending even has the Lohan-sized balls to set up a potential sequel—hey, it worked for 38 Underworlds. 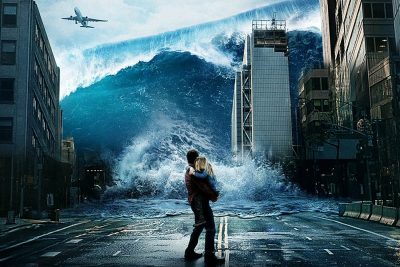 Rogue forces have taken over orbiting climate-control satellites, and they’re causing hailstorms, tornadoes, heat waves, tsunamis and firenadoes around the planet, and only hunky satellite IT guy Jake (Gerard Butler) can stop them before they culminate in an Earth-killing Geostorm. This “With my weather machine I’ll control the world!” plot is straight out of an Underdog cartoon, but Simon Bar Sinister was a more realistic villain (Wiki all of this, kids). So why is Geostorm set in 2022? You’ll be too busy laughing at Butler bellowing about logins and reboots to care. 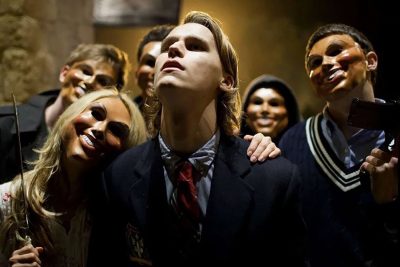 Over the past few years, The Purge has gone from “What a great idea for a terrifying horror movie!” to “What a great idea for a societal reset!” (See also: 2016’s The Purge: Election Year; the previous two elections.) In the year 2022, the United States is crime-free and prosperous, thanks to the annual “Purge,” a 12-hour period wherein citizens can commit any crime they want and just get it the fuck out of their systems. Cool, until the gated community of a rich white couple (Lena Headey and Ethan Hawke) is breached—can’t have that, now can we? 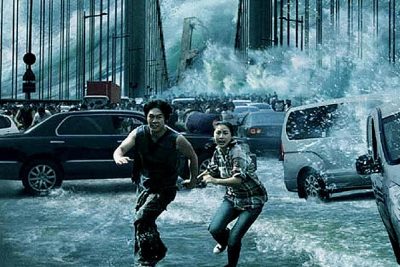 Also known as 2022 Tsunami (bor-ring!), 2009 Thai disaster-epic-wannabe Deathwave is about a mega-tsunami that hits the Gulf of Thailand in 2022 on Songkran Day, also known as Southeast Asian New Year. Filmmaker Toranong Srichua made Deathwave as a warning about potential ecological upheavals, à la The Day After Tomorrow or 2012. But Deathwave turned out less alarming (and no funnier) than a Sharknado, as well as a waste of a good doom metal band/album/weed strain name. Try 2009’s slightly better Tidal Wave, instead. 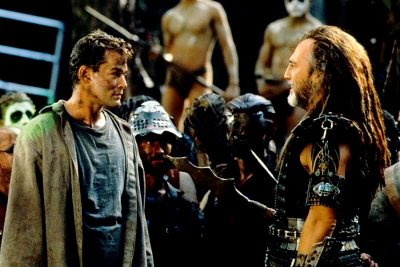 Convicted of murdering his commanding officer, Marine Capt. John Robbins (Ray Liotta) is sent to Absolom, a secret prison on a jungle island. In defiance of the odds and the movie’s title, he plans to escape and clear his name. Why is this dystopian mess set in 2022? How have you never heard of this flick “From the producers of Aliens and The Terminator”? Who saw this and approved a video game and a Marvel Comics series of the same name? Is Liotta using guyliner and mousse? So many questions, so little concern about prisons being run by corporations. 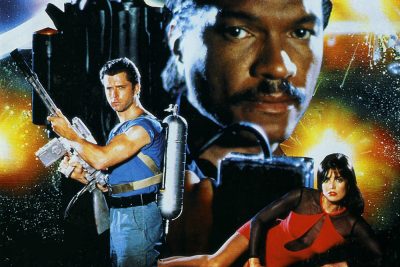 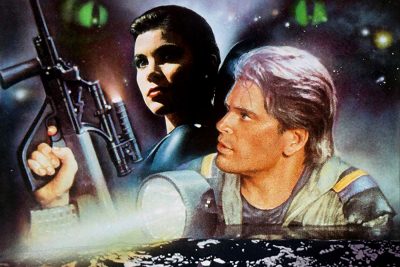 An orbiting space crew that tends to the maintenance of nuclear satellites finds themselves adrift without power around the dark side of the moon and soon discovers a NASA shuttle that disappeared 30 years ago over … the Bermuda Triangle. Complicating matters, once aboard the shuttle, the crew encounters … the Devil. Satan in space? Wild. Despite being three decades old, The Dark Side of the Moon holds up, thanks mostly to the tense script by Carey and Chad Hughes (The Conjuring, Annabelle).  As the trailer says, “Help is only 250,000 miles away.” 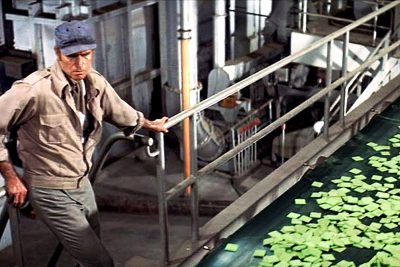 The world of 2022 is overpopulated, polluted and barren, supply shortages and riots are common, and only the rich elite can afford real food, water and housing. In other news, Charlton Heston sci-fi movie Soylent Green was released in 1973. The titular food-replacement crackers for the poor masses are allegedly made from ocean plankton, but NYPD detective Frank Thorn (Heston) uncovers that it’s harvested from corpses: “Soylent Green is people!” (most Heston movies involved him yelling some apocalyptic shit). So, who’s up for a Beyond burger?