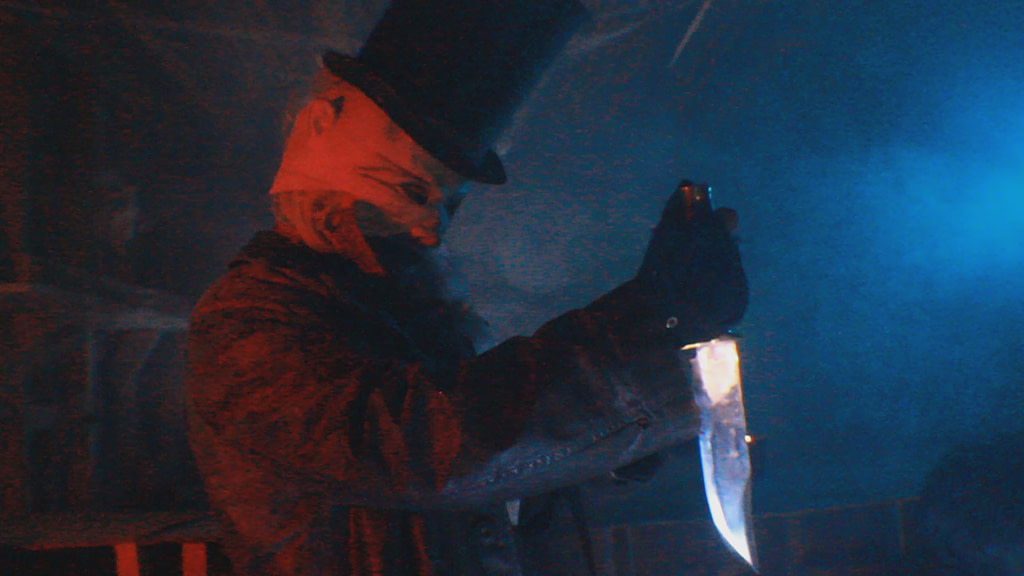 With Sundance just around the corner, Utah film buffs are gearing up for a whirlwind of independent cinema and arthouse films. These terms have come to encapsulate a wide range of films featuring unique plotlines, up-and-coming artists and modest budgets of about 2 million dollars each.

Dead Ringo is a locally made film that I would lovingly place in the micro-budget-cosm of films. Tim Boone creates a stimulating experience with minimal resources. The plot focuses on a ravaged man held captive by a masked oppressor, but the storyline is not as important as the visual style and movie magic that is happening. It declares itself as a Western—and certainly pulls elements from the genre—but the film itself feels ethereal, taking place away from time itself.

The small cast consists of Boone, Emmett E. Newman and Hugo Bryant. Each actor has a lot of fun with the character they are given, and they perfectly emulate the titular tropes established in The Good, The Bad and The Ugly. Further, the gravel-voiced dubbing masterfully harkens back to spaghetti westerns of old.

A filmmaker needs strong artistic style to establish their mark in today’s vast sea of content. Every frame in Dead Ringo is carefully assembled, using all the tricks of the trade to create the desired effect. Using a combination of practical and visual effects, prosthetics and miniatures, Boone builds a unique world with a small budget and infuses it with moody panache. This was achieved through the assembly of skilled, local artists, featuring makeup by Thomas Savio, digital FX by Ivan Ognar and set and costume design by Billy Littlewolf and Burt Montgomery Woodcock (respectively). Boone’s directing highlights each element so that it has the space to shine. All of these visual pieces are uplifted by the sound provided by Blackjack Terry and music from Black Magic Jack. The audio provides the final piece of the puzzle and establishes this film as an other-worldly western.

It’s easier than ever to gorge ourselves in content, and “underground” films have never been more accessible, with Netflix deals often in the works before they even premiere at the big festivals. Big budget movies are approaching four hours and short-form media is having a moment on TikTok, ensuring every moment of our day is filled with video. With everyone vying for our attention, I would encourage you to step out of your comfort zone and seek out local content like Dead Ringo, especially if you are interested in filmmaking yourself. The micro-budget-cosm of films is currently thriving; it tests filmmaker’s boundaries and forces them to get creative. It is an atmosphere that I am happy to surround myself with. –Morgan Keller

Read more Sundance film reviews:
I Didn’t See You There Presents a Different Point of View on What Disability Means
Girl Picture is a Clear, Crips Snapshot of Real Teenage Life