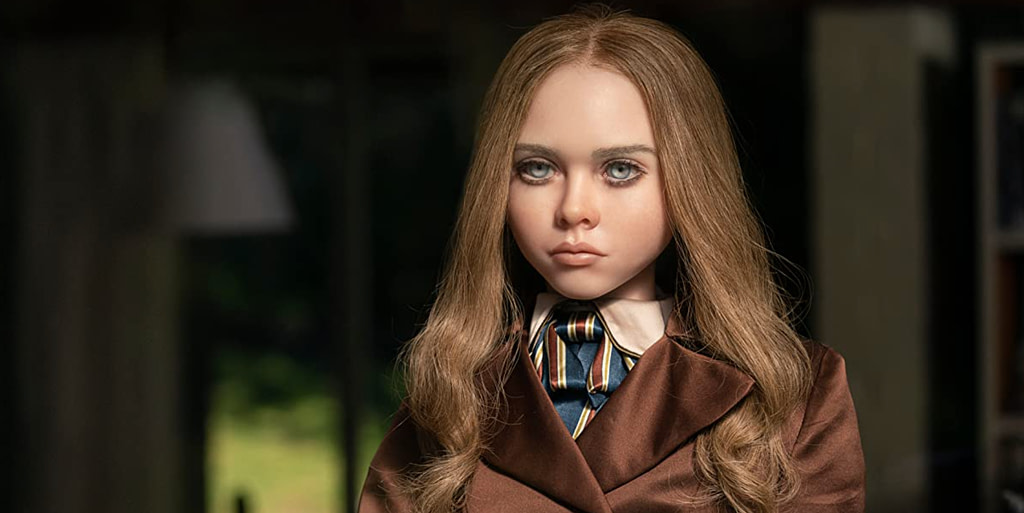 Just as it was foretold, whether as reward for our good deeds or penance for our sins in the last year, it is time for humanity to reckon with M3GAN. She will sing you a little song, she will remind you to do your chores and, whether you like it or not, she is going to engage in violent mischief. How you choose to react makes no difference. M3GAN is here, and we all must live with it.

M3GAN becomes part babysitter, part older sister and 100% unholy menace. Her personality is algorithmically assembled like a Spotify playlist. She reminds Cady to practice basic manners such as washing her hands and setting her glass on a coaster. She comforts Cady when she’s sad. She’s like Baymax if Baymax had come to us in the form of a manipulative second grader with a YouTuber voice.

M3GAN is the most impressive part of M3GAN. Physically performed by Amie Donald and voiced by Jenna Davis, she moves like an untethered Disneyland animatronic. When she speaks, her mouth moves vaguely up and down, unsynchronized from her words. It’s uncanny and freakish, achieved through a combination of digital performance capture and clever, practical costuming. This combination gives her presence a real tactile weight, which works to good effect when M3GAN gets up to some serious robo-trouble.

M3GAN is rated PG-13, which might have caused some friction if the film were interested in being a gore-forward slasher. For most of its runtime, though, that’s not what M3GAN goes for, instead excavating its scares from the deepest, most plasticky recesses of the uncanny valley. It is knowingly a little goofy, though not nearly as off-the-wall bonkers as recent, maximalist gasp-athons Malignant or Barbarian.

Instead, M3GAN features some fairly considered commentary on always-available technological distraction. At times, it weirdly has more in common with a pulpy version of Alex Garland’s Ex Machina than it does with any of the Child’s Play we have too-long tolerated from Chucky and his cretinous ilk. It’s not About Something, though it’s also not about nothing.

Video essayist Tim Rogers often refers to the act of “putting on [one’s] good time hat”, a mindset which entails choosing to engage with and enjoy a fun piece of media despite its frivolous shortcomings. M3GAN is 2023’s first entry into the Good Time Hat canon. Some of the musical score is a little too much in scenes that could have done with less. Some of the dialogue has characters flatly stating The Themes in ways that sound formulated and overwritten. It doesn’t matter. M3GAN stares you down with plexiglass eyes, jabs you with a household object and dares you not to have fun. –Daniel Kirkham